Gossip Who is Kayla Quick Married to? Know about her Relationship with Michael Strahan and Past Affairs

Who is Kayla Quick Married to? Know about her Relationship with Michael Strahan and Past Affairs

The named Kayla Quick hit several headlines after being spotted with an American television personality, journalist, and former professional football player, Michael Strahan. The two started dating in 2015 and inseparable since then.

Reportedly, Kayla has a criminal history. How did Quick meet, Michael Strahan? Are They Married?  Here are the interesting facts you should know:

Met Michael While Working As A Stripper: Are They Married Now

Kayla met Michael while she was working as a waitress and stripper in a bar in Port Charlotte. The two hit it off immediately, but it wasn’t until 2015 that their romance became public knowledge. First, the duo was spotted together on St. Barts, a Caribbean Island, after which Kayla’s name started being featured in numerous online, rising to fame overnight. 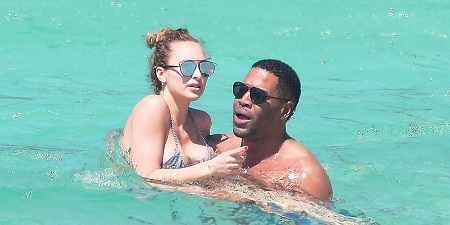 It's been a long the two are in a relationship but yet to get hitched. There is no news in the market the duo getting married soon in near future.

The above phrase is used by Kayle's ex-boyfriend, Justin, who she dated through her high school.  Her high school sweetheart said in an interview, Kyala was a “good girl gone bad.” Further, he explained how she changed like a switch was flipped that brought s sudden change in her.

On the other hand, Michael Strahan has his own past. The world knows he has a long list of failed marriages and relationships. From 1992 to 1996, he was married to his first wife, Wanda Hutchins, an American businesswoman who owns Wanda Home Designs Owner, Interior Designer, and Decorator. They shared a daughter, Tanita Strahan, and a son, Michael Anthony Strahan, Jr.

In 1999, Strahan re-married Jean Muggli with whom she has twin daughters, Isabella and Sophia. Their divorce was finalized on July 20, 2006, with Muggli receiving $15 million in a divorce settlement,  $18,000 monthly child support as well as half of $3.6 million after selling their house.

Has A Criminal Background

Quick has a dark past: she got arrested for disorderly conduct and grand theft during her teen days. First, she was arrested when just fourteen after she got into a fight in her hometown, Port Charlotte, Florida. Next, she faced legal issues after stealing jewelry worth $6000 from her grandmother. 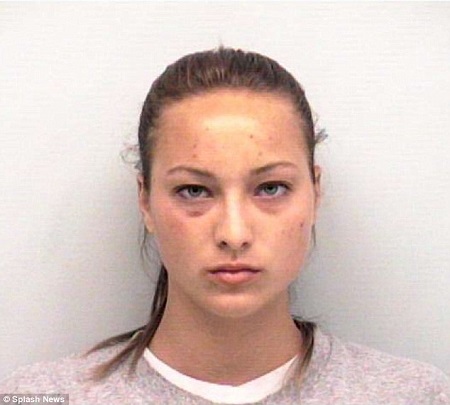 Likewise, her father, Gerald Alan Quick, a former U.S. Army, was arrested 19 times for charges ranging from drugs to aggravated assault. Similarly, her sister named Kara Lee Quick, a chef who also works was also once arrested for drug possession of controlled substances Xanax and Stilnox.