Gossip Who is Cody Gakpo Dating? Know About His Girlfriend, Relationship Status and Love Life. Also His Contract and World Cup 2022

Who is Cody Gakpo Dating? Know About His Girlfriend, Relationship Status and Love Life. Also His Contract and World Cup 2022

Footballers' biggest dream is to play and win the FIFA World Cup once in their life, and Cody Gakpo might be close to the said dream. Aside from his success in the 2022 FIFA World Cup, Gakpo's love life is going well. He and his long-time girlfriend share a strong bond that remains unsullied for a long time. Even with the successful relationship, Cody rarely shares about it.

The Dutch footballer might rarely share pictures of his partner on his Instagram. On the other hand, his girlfriend loves to share their days. And his plays in the 2022 World Cup put a massive spotlight on the soccer star. And as such, many fans now want to learn about the talented athlete and his personal life! Anyway, here's a bit on Gakpo's love life and relationships.

Cody Gakpo started his relationship with his girlfriend in early 2020.

The Dutch footballer, Cody Gakpo, leads his life in the smack-dab middle of the spotlight. However, it was only in 2020 that his fans found out about his relationship. And it was the soccer star himself who announced his affair. 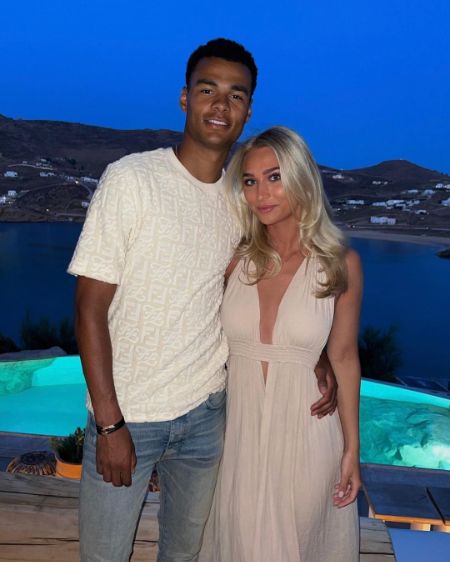 In late 2020, Gakpo posted a picture with his girlfriend for the first time. And it was then that the fans learned about his squeeze Noa van der Bij. Yet, what still eludes the fans is when the duo met and how things started for Noa and Cody. Still, the fans support and remain interested in the progress of these love birds as a couple.

Cody and Noa appear to be taking the slow approach. As such, their relationship hasn't bloomed into marriage yet. Currently, Gakpo and Bij share a relationship of boyfriend and girlfriend.

Gakpo prefers to keep his past relationships hidden!

With his current love affair going smoothly, Cody Gakpo remains content with the love of his girlfriend, Noa van der Bij. And over the years, the Dutch footballer kept quiet about his relationships. Not one of Gakpo's ex-girlfriends ever came to light.

Many of his female fans find Cody very attractive, so there remains no question that he dated in the past. However, the soccer star kept a tight seal on his love life in the past. Although he started his Instagram in 2015, he only has one picture of the said year.

Noa is a Dutch model and holds a decent online following!

Noa van der Bij currently holds a massive spotlight as the girlfriend of Cody Gakpo. However, she also works in the entertainment industry as a model, to be specific. Although she currently commands massive followers, she spent her early days hidden from the world. 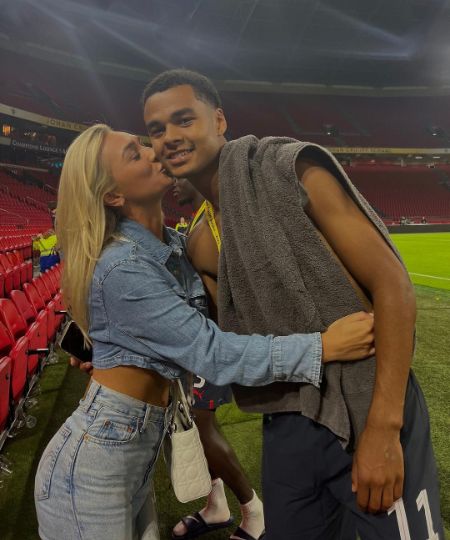 Noa van der Bij was in the crowds during her boyfriend, Cody Gakpo, played in the 2022 FIFA World Cup. SOURCE: [email protected]

Bij began her journey as a model in 2018. She joined as a trainee model in Cachet Models and stayed with the agency. And now, she works as a junior booker for Cachet Models. And as of 2022, the Dutch model Noa holds around 20k followers on Instagram.

Many clubs want Cody Gakpo to play under their banner! Contract with PSV.

After a phenomenal display of skill in the 2022 FIFA World Cup, the top clubs want to bag Cody Gakpo. Currently playing for the Dutch club PSV, Cody has become a hot commodity in football. And many football clubs hope to recruit him under their banner. 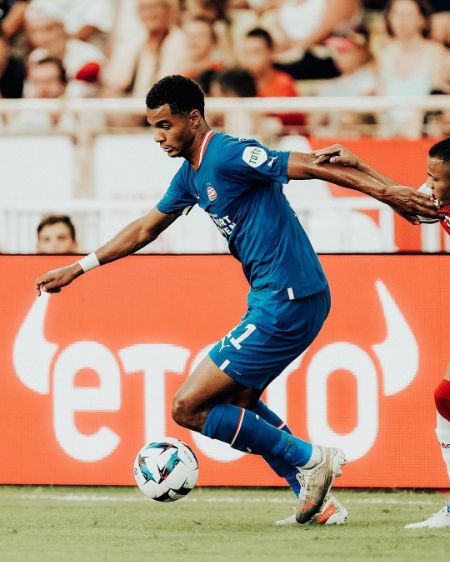 Cody Gakpo plays for the PSV football club and the Dutch national squad as of 2022. SOURCE: [email protected]

Back home, Cody signed an extension contract with PSV FC. On January 28, 2022, Gakpo agreed to play for the club till 2026. And with the new agreement, the Dutch footballer earns an estimated $46,000 a week. Similarly, Gakpo makes around $12.2 million annually.

FIFA 2022 World Cup has been interesting for the Dutch. The Netherlands didn't qualify for the last World Cup, but now the Dutch squad has reached the quarter-finals. And Cody Gakpo helped his nation get this far. 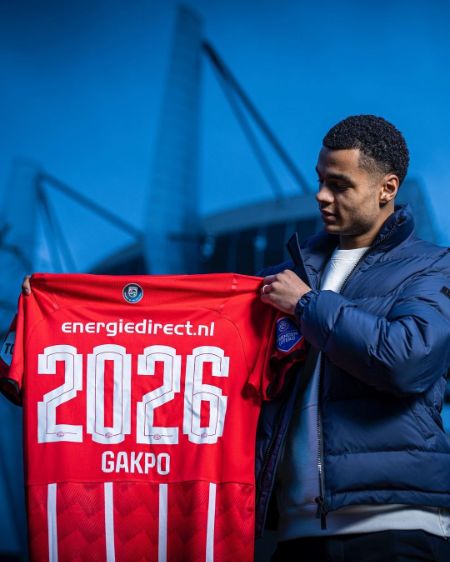 On November 21, 2022, Gakpo scored his first World Cup goal against Senegal. Likewise, he went to bag a goal in each of his appearances in the tournament. With the Netherlands going against Argentina, fans remain on the edge of their seats for the game to kick off.

Before his appearance in the FIFA World Cup, Cody's worth in the market was around €45 million. However, according to ESPN, Gakpo's value reached almost €80 million after displaying his skills in the World Cup.