Wally Szczerbiak is a well-known Spanish-born American former basketball player. He has been working as the color analyst for the New York Knicks on MSG Network. Wally played in the NBA for a total of ten seasons. Miami University retired his jersey after he graduated from the University. He comes from an athletic background.

Wally Szczerbiak was born on March 5, 1977, in Madrid, Spain. He is among the three children born to Walter Szczerbiak and his wife, Marilyn. His father is a well-known former ABA player and played for Real Madrid. He has a brother named Will and a sister named Wendy. Wendy is a college basketball player for Leigh University. He spent his childhood in Spain and later moved to Long Island, New York. Wally graduated from Miami University.

How Rich is Wally Szczerbiak? Know His Earnings and Contracts

Wally Szczerbiak has an estimated net worth of more than $50 Million. He credits most of his net worth through his successful career with NBA. Wally played a total of ten seasons in the NBA and earned more than $70 Million as his salary. 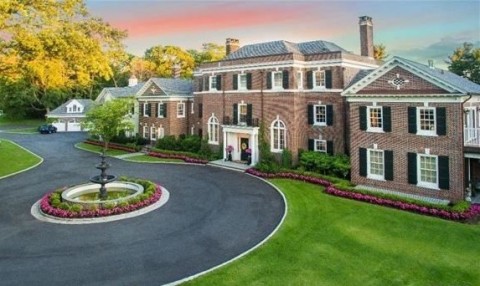 Wally started his career with Minnesota Timberwolves in 1999, signing a multi-year, multi-million deal worth more than $10 Million. In his first year, he received $2,011, 440 which included his signing bonus and salary. In 2003, He extended his contract for three years of $27 Million. In his time with Minnesota, Wally earned more than $35 Million.

In the 2006/7 Season, The NBA player signed a year contract with Boston Celtics worth more than $11.7 Million. In his last two seasons, Wally played with Cleveland Cavaliers. In his two seasons with the Cavaliers, he earned more than $26 Million as his salary. In 2017, Szczerbiak listed his $13.4 Million Lavish Mansion for sale located at Cold Spring Harbor. He had bought the home for $5.3 Million in 2013.

Wally has been married for more than two decades. He walked down the wedding aisle with his longtime girlfriend, Shannon Ward, on July 1, 2000. The love birds met each other in the same freshman orientation group at Miami University. Soon after their wedding, The duo welcomed their five children. Wally has become very much successful in keeping his children away from the media pressure.

A Decade Career In the NBA

The NBA legend started playing basketball from a very early age. He did not get much recognition in his early days. He finished his college career with a degree in marketing as Miami's second all-time leading scorer. Minnesota drafted him in the 6th overall draft. He did not have an excellent start to his career but made a good comeback. After spending six seasons with the Timberwolves, Wally moved to the Celtics.

After moving to the Celtics, The NBA player could not make it to the top of his game and was benched mostly. In 2008/9, Wally transferred to the Cavaliers. Like that of his previous years, He had a similar season and eventually retired in 2009. After retiring from the game, Szczerbiak started working as a  basketball analyst for CBS College Sports. In 2020, Wally was inducted into the MAC Hall of Fame.