Pace Shewan Mannion a.k.a. Pace Mannion, is an American retired professional basketball player who played in the National Basketball Association (NBA) from 1983-89 and then played for Italian leagues. Most notably, playing with the team of Cantu won the FIBA Korac Cup in 1991, defeating Real Madrid in the final when Mannion scored 35 points. After retirement, he served as a studio analyst for the Utah Jazz television pre-and post-game shows.

Salt Lake City, Utah native Pace Mannion, born on 22nd September 1960, under the star sign Virgo. By nationality, he is an American who belongs to a white ethnic background. The sixty-year-old stands 6 ft 7 in (2.01 m) tall and weighs 190 lb (86 kg).

As of 2021, Pace Mannion's net worth is approximately $7 million. He earned his wealth widely through his almost two decades of basketball career. 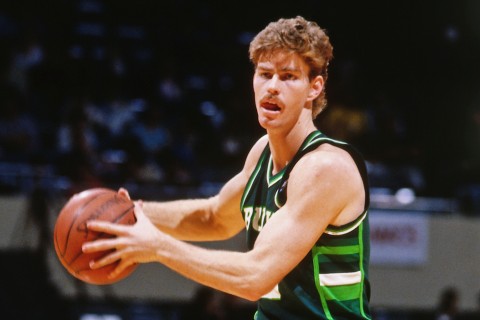 Mannion was born in an athletic family: his father, Jack Mannion, played in the North-South All-Star Classic in Kentucky. Jack was inducted into the Nevada interscholastic activities Hall of Fame, the football coaches’ Hall of Fame and he is also an honorary member of the Southern Nevada Officials’ Associations and a member of the Brigham Young University Varsity Club.

His mother, Terry Mannion, was a teacher in Midvale Junior High in Salt Lake City who later became a counselor at Valley High School.

Pace Mannion is married to Gaia Bianchi, a former professional Italian athlete who began playing volleyball professionally at her 14 and had had an illustrious professional career. 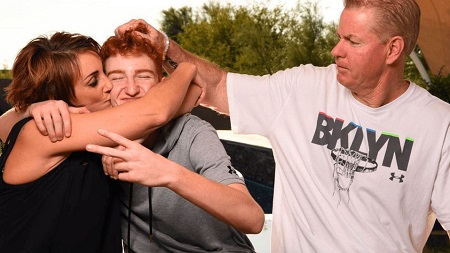 On 14th March 2001, the couple welcomed their son, Nico Mannion. Nico, who holds dual nationality Italian-American, is a pro basketball player who is currently signed to the Golden State Warriors of the National Basketball Association (NBA) on a two-way contract with the Santa Cruz Warriors of the NBA G League. He finished his collegiate career at the Arizona Wildcats. He attended Pinnacle High School in Phoenix, Arizona, and was drafted by the Golden State Warriors like his dad was.

On the other hand, their other son, Pace Mannion PJ, is an artist who is now renowned around the Salt Lake valley for his paintings of famous stars and music legends.