Walker Dwain Zimmerman a.k.a. Walker Zimmerman is an American professional footballer who plays for Nashville SC in Major League Soccer and for the United States national team. A professional since 2013, he played for FC Dallas (2013-2017) and Los Angeles FC (2018-2019).

Born on 19th May 1993, Walker is all the way through. Also, he played college soccer at Furman University between 2011 and 2012, where he was named First Team All-Conference and Southern Conference Freshman of the Year both in 2011 and National Soccer Coaches Association of America NCAA Division I Men's All-America Second Team the following Season.

How Much Is walker Zimmerman's Net Worth As Of 2020?

Walker Zimmerman's salary for the season (2020) is reported $0.6 million from Nashville SC. Prior to this, he was signed to LAFC under a four-year deal last year which made him one of the highest-paid defenders in the league with an annual salary of $600,000.

On 8th April 2020, his market value is updated €2 Million. Before, his value on the market was recorded at €2.50 million, which is his highest market value.

Apart, the footballer earns much from playing for his national side where he has been capped 12 times with two goals and from his endorsement deal with Adidas. As of 2020, his net worth is approximately $0.7 million.

Walker Zimmerman walked down the aisle with his beautiful girlfriend, Sally On 31st December 2016, in 101 W McBee Avenue, Greenville. The couple reportedly dated since their college days and made their way up here. 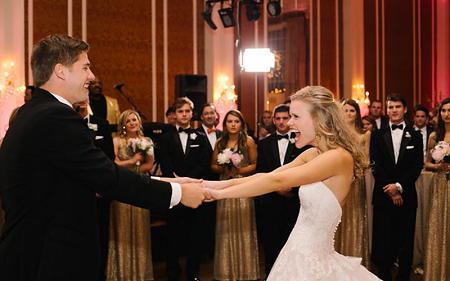 Walker Zimmerman and his bride on their wedding day SOURCE: The18

Just before the wedding, Sally who lived in North Carolina moved to Dallas. After the wedding, without the help of her husband in LA, she moved the newlywed couple’s joint belongings into their new apartment. Since Zimmerman signed to Nashville SC, the couple has moved in there.

Lawrenceville, Georgia native, Walker Zimmerman was born to Becky and David Zimmerman. He grew up alongside his two elder siblings Dawson and David. By nationality, Walker is an American from a white ethnic background. A graduate of Brookwood High School, he attended Furman University in January of 2011.

At the 2013 MLS SuperDraft, FC Dallas selected Zimmerman in the first round (No. 7 overall). On May 11, 2013, he made his professional debut in a 2–1 victory against D.C. United as a late substitute. Overall, he played 89 games and scored 7 goals for the team before being traded to new expansion side Los Angeles FC in exchange for $250,000 in General Allocation Money and $250,000 in Targeted Allocation Money on 10th December 2017.