Vladimir Konstantinov is a retired Russian-American professional Ice-hockey player who spent his entire NHL playing career with the Detroit Red Wings. Prior to NHL, he played for the club CSKA Moscow in Russia. Some of his notable career achievements include the gold medal in the 1986 Ice Hockey World Championships, the gold medal the 1989 Ice Hockey World Championships, and many more.

Vladimir who started his hockey career since 1994 collected $3,394,500 as entire career earnings. Also, he holds an estimated net worth over $2 million. Moreover, he is a married man and currently he is in a blissful marital relationship with his wife, Irina Konstantinov.

Vladimir Konstantinov Earnings; How much is his Net Worth?

As of 2019, Vladimir has an estimated net worth over $2 million which is solely generated from his professional career. Also, he has collected $3,394,500 as entire career earnings.

Additionally, he has also generated additional cash via different brand endorsement but the details about the brands and earnings are still under the rock.

Is Vladimir Konstantinov Married? Know about his Personal Life in details

Vladimir is a married man and reportedly, he is in a blissful marital relationship with his wife, Irina Konstantinov.

Additionally, the couple is parents of a single daughter named, Anastasia Konstantinov. 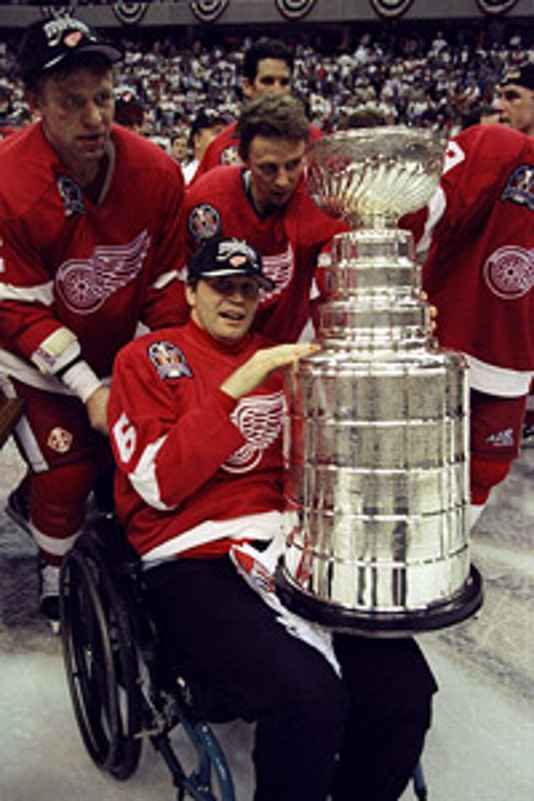 Although there aren't any details about his relationship history, he is living a smooth life without any rumors of divorce or separation in recent time.

Following his 1997 Stanley Cup victory, he along with his friends hired a limousine to drive back to their home after a golf outing. The driver, Richard Gnida, whose license was suspended at the time for drunk driving lost control of the limousine and struck a tree on Woodward Avenue median in Birmingham, Michigan.

As a result, Vladimir spent several weeks in a coma. Konstantinov suffered severe head injuries and paralysis while Fetisov escaped with relatively minor injuries and played the following season.

Vladimir was born on March 19, 1967, in Murmansk, Russian SFSR, Soviet Union. Moreover, he holds citizenship of both Russia and the United States. Further, Vladimir is of the white ethnic group and the details about his parents and siblings are still under the rock. In addition, the information about his early life, childhood, and family are not in the media yet.

Some of his career achievements and awards are: