Vitaly Lisakovich is a professional football player from Belarus who currently plays in the Russian top league, the Russian Premier League. He plays in the forward position for Rubin Kazan where he joined in 2022. He wears the Number 44 Jersey for his team.

Previously, he was with the Lokomotiv Moscow where he joined the Russian Cup in the 2020-21 season. He also won the Belarusian Premier League in 2020 when he was with the Shakhtar Soligorsk. He also plays for the Belarus national team and previously played for their Under 17, Under 19, and Under 21 teams.

Who is Lisakovich? His bio and family, Siblings

Vitaly Mikhaylovich Lisakovich, famous by his name Vitaly Lisakovich was born on February 8, 1998, in Minsk, Belarus. According to astrology, his birth sign is Pisces.

His father's name and mother's name are still not revealed to the public. He has also not given details about his siblings. 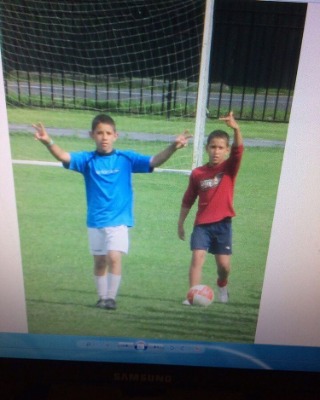 He started playing football team from his early career. Finally, in 2011, he joined the youth team of Shakhthyor Soligorsk. At that time, he was just 12 years old. There he spend 5 years and was promoted to their senior team in 2016.

He was sent to  Dinamo Zagreb II tea, Rudes and Varazdin on loan before getting transferred to Lokomotiv Moscow in 2020.

How tall is Vitaly?

Vitaly is a young team from Belarus and has made an impact in the Russian league. He has been successful in playing in the top league of Russia, but he has not been able to earn much from his career.

According to the Salary Sport, his yearly salary at Lokomotiv was just 31,000 pounds. He is one of the lowest-paid footballers in his club. His salary at his current club is still not revealed at the moment. 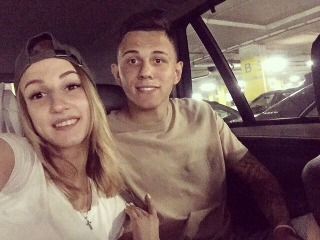 Vitaly Lisakovich with his wife in the car SOURCE: [email protected]_lis1

His net worth is estimated to be around $100,000 approximately. He lives a moderate lifestyle with his family in Russia where he plays professional football.

Who is Vi Lisakovich married to? Relationship status

He has shared his partner's photos on his social media multiple times. But he has kept his wife's name private. 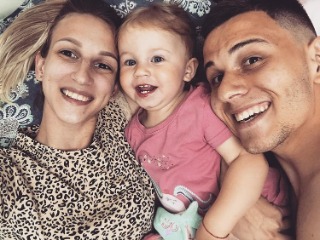 Vitaly Lisakovich with his wife and child SOURCE: [email protected]_lis1

He and his girlfriend are also proud parents of their child, a daughter.

Vitaly Lisakovich is an active Insta user where he shares photos related to his games, training, family and more