Who is Vitaliy Buyalskyi? Bio and early career

Vitaliy Kazymyrovych Buyalskyi, better known as Vitaliy Buyalskyi, was born on January 6, 1993, in Kalynivka, Vinnytsia Oblast, Ukraine. Information regarding his educational background and his early life is in the wraps as of now. 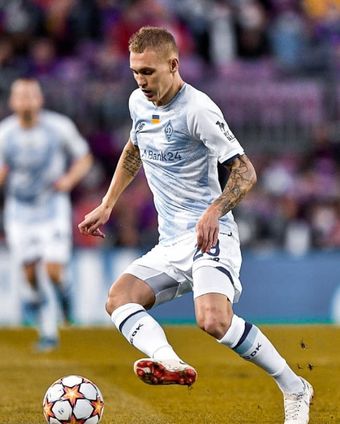 Buyalskyi also has not revealed who his parents are and what professions they are involved in. He also has not told how many siblings he has as of 2022. He was born to Capricorn birth sign and from white ethnic background.

He measures 5 feet 11 inches when he stands. He is a pretty tall guy and weighs 68 kg.

He has brown hair, likewise his eyes. He is a Ukrainian native and holds Ukrainian citizenship.

Also, Know about Tshegofatso Mabasa's bio and net worth.

Vitaliy Buyalskyi is one of the wealthiest players in the Dynamo Kyiv squad. He was there in Kyiv's unit when he started his senior career. According to the transfer market, his current market value is 7M Euro. 7M Euro is the highest market value he ever had. He will have more in the upcoming days. 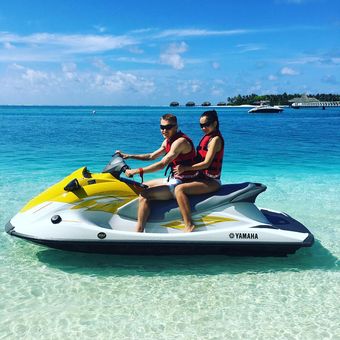 Dynamo Kyiv's midfielder's current salary is 2M Euro. He played there for more than 15 years. Bulyalskyi's net worth as of 2022 is $2.5M. He made this much amount of money by playing football. He also has his own house based in Kyiv and loves to travel by car.

He also makes a handsome amount of money through advertising and sponsorship deals. As a Ukrainian national footballer, he earns money from the Ukrainian government as a salary. His contract with Dynamo Kyiv will expire on June 30, 2025. The last extended it on June 1, 2021.

Vitaliy Buyalski is married to his longtime girlfriend, Alina Buialska. Alina Buialska is a social media influencer and a Ukrainian model. They tied their knot in 2017. Their actual betrothal date is obscure. 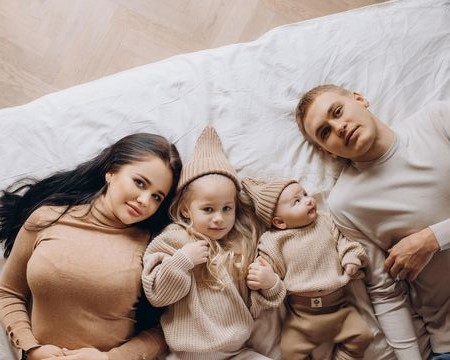 A beautiful Buyalski couple is blessed with one boy and one girl. They love to spend their time together when they both get free from their busy schedule. Alina enjoys posting her family photo on Instagram frequently.

On September 5, 2016, Buyalskyi was nominated to the 31-man senior national squad for the 2018 FIFA World Cup qualification match against Iceland. He debuted as a late substitute in Ukraine's 2–0 FIFA World Cup qualifying victory over Kosovo on October 6, 2017, at Loro Boriçi Stadium in Shkodr, Albania.