Vitaliy Serhiyovych Mykolenko, famously known as Vitalii Mykolenko, is a rising Ukrainian professional soccer player. He plays for the English Premier League club, Everton. Mykolenko plays as a left-back for his club and country. He made his senior debut for the Ukrainian national football team on November 20, 2018.

Vitalii Mykolenko was born on May 29, 1999, in Cherkasy, Ukraine. There is not much information regarding family members on the social platform. The Ukrainian soccer player started playing football with his hometown region and school. Talking about his physical appearance, Mykolenko stands five feet and 11 inches tall and weighs over 71Kg.

Everton's left-back Mykolenko has an estimated net worth of more than $1 Million which he collected as a professional soccer player. Mykolenko started his senior career in 2017 with Dynamo Kyiv and might have collected descent amounts by playing for professional teams.

A soccer player makes a handsome amount from their sponsorship and advertising deals, and we can expect Mykolenko has added decent earnings through Adidas endorsements. Everton's left-back is set to have a weekly wage of £58k per week, which sums up to £2,784,000 per annum. 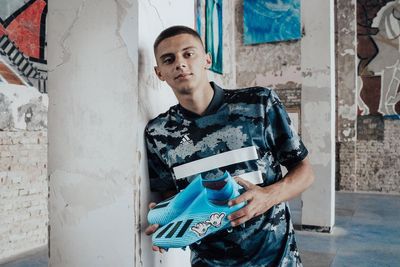 Is Vitalii Mykolenko Married? His Wife and Children

Mykolenko shares a married life with his wife, whose identity is yet to be flashed out to his fans. The couple is often seen posting photos of their marriage life and their babies. 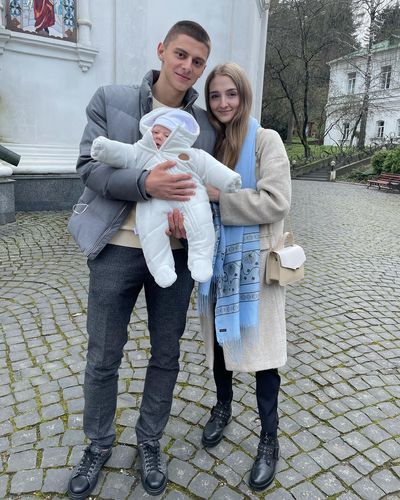 They live a lavish life with each other, and Mykolenko frequently posts about his wife. He loves posting them on his Instagram.

As of 2022, Mykolenko is a married man and has a kid, he is not previously married or engaged. 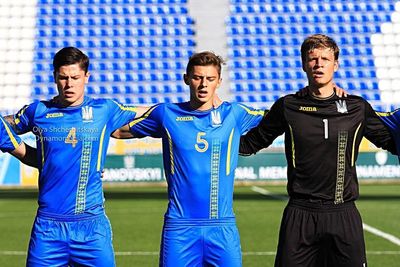 Vitalii Mykolenko with his team in 2018. SOURCE: [email protected]_16