A Dutch professional football player, Vicent Petrus Anna Sebastiaan Janssen, better known as Vincent Janssen, currently plays for Belgian First Division A club Antwerp as a striker wearing shirt no. 18. He is also a member of the Netherlands national team since 2016.

Vincent Janssen took home "Johan Cruyff Trophy," the Dutch talent of the year award in 2016. Besides, Janssen is also recognized as the son of Annemarie Verstappen, a former female freestyle swimmer from the Netherlands.

Is He Married to Someone? Married Life Explored

Yes, Janssen is a married man, and he lives a happy life with his beloved wife, who goes by the name Talia. The duo has been together for many years, and on December 20, 2021, Janssen announced his marriage to his girlfriend-turned-wife by making a post on Instagram. Vincent Janssen is married to his wife  SOURCE: Instagram @vincentjanssenofficial

Since then, they have been sharing the relationship of a husband and a wife. Furthermore, the footballer often posts images with his partner on his Instagram handle, where we can find him as @vincentjanssenofficial.

A Look At His Net Worth and Endorsement

Janssen makes a good amount of money from being a professional footballer. His deal with his current team is €5.50 million, and it can be said that the footballer receives a fair salary from the club. According to Transfermrkt, Janssen's market value is €6 million. At the same time, his highest market value was €14 million on August 1, 2016. 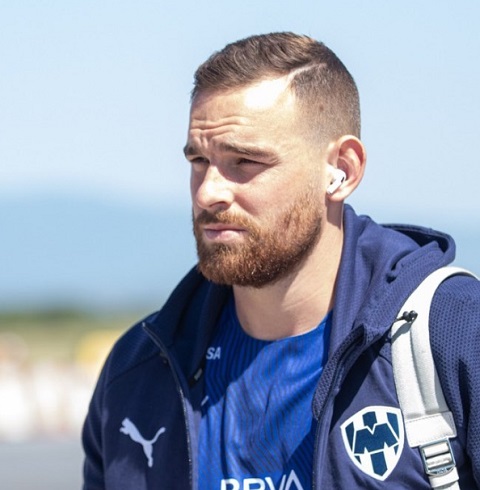 A Look At His Early Life

A native of Heesch, Netherlands, Vincent Janssen was born on June 15, 1994, to Piet Janssen, and his wife Annemarie Verstappen is a former world champion swimmer and Dutch Sportswoman of the year. He had a brother who lost his life due to cancer at an early age.

His birth sign is Gemini; talking about his nationality, he is Dutch, and he is of white ethnicity.

He began his football career playing in NEC and Feyenoord youth squad, winning the U19s national title with Feyenoord in 2013. Before this, he also played for SV Top and Oss.

In 2013, Vincent Janssen joined Almere City, signing his first-ever professional contract. On August 3, he made his first-team debut against Volendam in a 3-2 home loss. Overall, he scored 29 goals and played 69 matches for FC Almere City.

In 2015, Janssen arrived in AZ, signing a contract until 2019. On July 30, he scored his first official goal in his debut match against Istanbul Basaksehir in a "UEFA Europa League qualifier." In total, Janssen appeared in 34 games and scored 27 goals.

On July 12, 2016, Janssen signed a 4-year contract with Premier League club side Tottenham Hotspur for a fee of $22.76 million. On August 13, he made his Premier League debut for the club, playing against Everton. On September 8, 2017, he switched to Super Lig club Fenerbahce, signing a season-long loan deal. In the debut match against Alanyaspor, Janssen scored the 1st goal for the club in Turkey in a 4-1 victory. Representing the team, Janssen appeared in 31 games and netted two goals.

After that, he went to play for other teams. In the 2017-18 season, Janssen played with Fenerbahce. Also, he played in 77 matches scoring 15 goals. Since July 1, 2022, Janssen has been representing Antwerp.

Vincent Janssen has represented his nation in several tournaments at both senior and junior levels. He was a part of the Netherlands U15, U16, U18, U20, and U21 national teams.

He is a good friend of his national teammates, Davy Propper, Kevin Strootman, and Joel Veltman.