How Much Is Bijay Singh's Net Worth?

Vijay Singh is currently ranked #4 in the All-Time Money Leaders with a earning of $71,236,216 behind #1 Tiger Woods, #2 Phil Mickelson, and #3 Jim Furyk. Reportedly, He has summoned more than $68 million on the PGA Tour and millions more from endorsements.

In 2009, he agreed to a tremendous sponsorship deal worth $8 million annually with Stanford Financial, featuring the firm's logo on Singh's hat, shirt, and golf bag--the three priciest pieces of real estate on a golfer. But he never tastes the deal in the monetary team following the Securities and Exchange Commission accused Stanford's chief, Allen Stanford, of massive ongoing fraud. 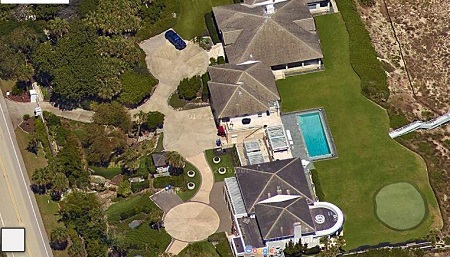 Singh owns a million-dollar mansion in Ponte Vedra Beach, Florida (FL). As of 2020, his net worth is $75 million.

Arenda Seth is the wife of golfer Vijay Singh. Unlike other wags, she has maintained a low key profile but appears in her games to support her husband. While it is still unknown when they began dating, the duo tied the knot in 1985. The two has been together for a very long time now and share one son, Qass. 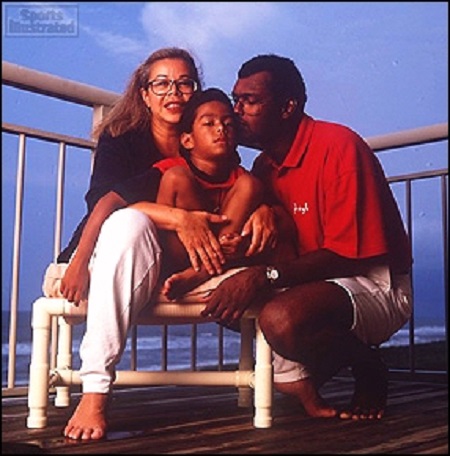 Vijay Singh with his wife and son SOURCE: NRIinternet.com

To date, there is no news and rumors popped out on the media site regarding Singh's personal issues such as conflict, extramarital affair, or divorce. Indeed, the Singh family is living a blissful life.

Vijay was born to Parwati Singh and Mohan Singh, an airplane technician who also taught golf.

Singh remembers, "When we were kids we couldn't afford golf balls so we had to make do with coconuts. My father used to say, 'Little Vijay, golf balls don't fall off trees you know,' so I found some that did!" Growing up, he played cricket, snooker,  football rugby.

Turned professional in 1982, Vijay won the Malaysian PGA Championship later two years. However, he was suspended with accusations of fixing his scorecard which resulted in being banned for life from the Asian PGA Tour.

Then Singh went to Africa where he won the 1988 Nigerian Open. The following year, he went to Europe and became successful. In 1993, he entered the PGA Tour, winning the PGA Tour Rookie of the Year.