Anirban Lahiri is an Indian professional golfer who is currently competing on the Asian Tour and PGA Tour. Earlier, he competed at the European Tour and Professional Golf Tour of India. On 29th March 2015, he reached his career-high ranking No.33. To date, he has 18 professional wins.

Pune, India native, Anirban Lahiri was born on 29th June 1987, under the star sign Cancer. He is the son of  Dr. Tushar Lahiri, a physician with the armed forces who was also a recreational golfer. Lahirj Jr. learned to play golf at the age of eight from his father. He said, "I would just go out there and I would go pick up golf balls for him, and we would go chip, putt for 15 minutes because it was getting dark, That's how it all started."

How Much Is Anirban Lahiri's Net Worth In 2021?

Anirban Lahiri has made a total career earning of $6,182,911 (excluding endorsements). Details are give below:

Anirban Lahiri is married to Ipsa Jamwal. The couple tied the knot in May 2014, in a traditional Indian style in Pune. On 20th May 2014, he tweeted, "Looking forward to a couple of weeks off. Let the celebrations begin #gettinghitched @ipsa_jamwal." Later, he also posted their beautiful wedding pictures on Twitter. 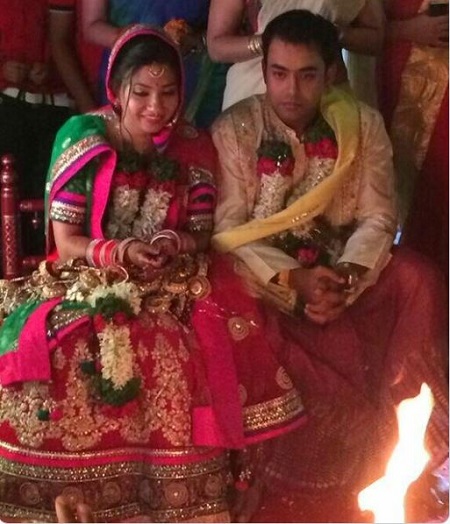 On 4th February 2019, the couple welcomed their first child, a daughter, Tisya. On first mother's day, he gave an IG shoutout, "Happy first Mothers Day to my best friend and partner in crime @ipsa_jamwal. You girls are the light of my life #parenthood #letsgrowyoungtogether #mommylife."

Joined the Asian Tour in 2008, Lahiri won his first tournament at the Panasonic Open and second in 2012 at the SAIL-SBI Open. Following a consistent season that included two wins on the Asian Tour, Lahiri broke into the top 100 in the Official World Golf Ranking in March 2014 for the first time.

Further, he found success on the Professional Golf Tour of India, winning eleven events. The big break came for him when qualified for his maiden major tournament – the 2012 Open Championship at the Royal Lytham & St Annes Golf Club in Lancashire.

In February 2015, Lahiri won his first official win on the European Tour at the Maybank Malaysian Open. That same month, he claimed his second event on the European Tour in his native nation, India, at the Hero Indian Open. The two wins led Lahiri into the top 50 of the Official World Golf Ranking qualifying him for the 2015 Masters Tournament.

In August 2015 at the PGA Championship which took place at Whistling Straits, Lahiri posted rounds of 70-67-70-68 for a score of −13. Despite a bogey at the 72nd hole, Lahiri finished in a tie for fifth place in the tournament and set a new record for the highest finish by an Indian professional golfer in a major.

Lahiri was named to the 2015 Presidents Cup squad, becoming the first Indian player to earn the honor. Also, he qualified for the 2016 Summer Olympics where he earned a spot in the field of 60 players to compete at the Olympic Golf Course in Rio de Janeiro.

Lahiri managed to hold on to his PGA Tour card for 2021 season due to circumstances related to the pandemic.