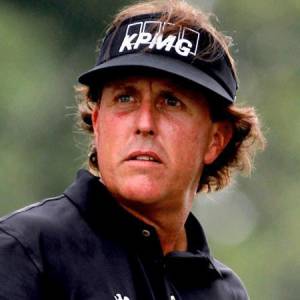 Philip Alfred Mickelson, also known as Phil Mickelson, is an American golfer by profession who plays in PGA Tours and other professional tournaments. He turned professional in 1992. Before turning professional, he won his first PGA Tour as an amateur while he was a junior at college in 1990. His first professional win was in 1993 where he competed for the Buick Invitational of California and claimed the victory. This golfer is famous for his ‘Back ward Sport Shot’ in golf. The left handed golfer, although right-handed otherwise, has won total of 59 events which includes 8 Amateur wins and 51 professional wins and is  one of the highest paid sport’s player. He has won 9 European Tour wins, 1 Challenge Tour wins, 42 PGA Tour including 5 Major Championships, a World Golf Championship, 2 FedEx Cup Events and 34 other PGA Tours and is still planning to win more in future.

Born on June 16, 1970 in San Diego, California, he took a keen interest in golf at a very young age of 3 where he ran away from his house to the golf course. He completed his high school at University of San Diego in 1988. After moving to Arizona with his family, Phil joined Arizona State University on a full golf scholarship where he got various opportunities to prove his skills in golf. His collegiate career turned out to be spectacular when he won three individual NCAA Championships and three consecutive Haskin Awards as an outstanding collegiate golfer. He won altogether 16 tournaments in his collegiate career.

Moving on to his personal life, he is a happily married man. He got married to his girlfriend Amy McBride who was a former cheerleader for the Phoenix Suns basketball team. They first met at Arizona State University and tied a knot after 4 long years of their relationship in 1996. The couple is blessed with 3 childrend: Amanda Brynn, Sophia Isabel and Evan Samuel. They never got the rumors about getting divorce as they are perfectly happy in their family life. This duo currently resides in Rancho Santa Fe, California.

The golfer stepped into controversies when he was found spending his money irrationally on illegal gambling by betting it on sports events. Though, he never got arrested for that. Another bad news turned out in the family when they heard about Amy being diagnosed with breast cancer. Thankfully, it was in its early stage and required no immediate treatment.

Standing 6 ft. 3 in. tall with the weight of 91 kg, Phil has a net worth of $295 million and earns more than $30 million from his endorsements. Some of his sponsors are Callaway, Barclay’s, KPMG, Exxon, Rolex and Amgen/Pfizer and so on. Phil and his wife Amy are also actively involved in the charity. They have formed an organization named as ‘Phil and Amy Mickelson Foundation’ which works for supporting youth and family initiatives. Beside this they also do charity works for breast cancer and its awareness.