Merton Laveren Lundquist Jr. popular as Verne Lundquist is a veteran sportscaster who currently works for CBS. Previously, he has worked for ABC Sports, TNT, and WFFA. Also, he is a member of the Board of Regents of Texas Lutheran University.

As of 2021, his net worth is estimated at $2 million. What's more, he has married thrice and shares a son with his third and present wife. To know more in detail about the wiki, children, and divorce scroll down.

Verne Lundquist was born Merton Laveren Lundquist Jr. born on 17th July 1940, in Duluth, Minnesota. He holds an American nationality, having a white ethnic background. His father, Metron Laverne Lundquist Sr. was a Lutheran pastor and president of the Nebraska Synod of the Augustana Lutheran Church.

Upon graduation from Austin High School, he enrolled at the Texas Lutheran University, where he was one of the founders of the Omega Tau Fraternity in 1958 prior to graduating in 1962.

More, Lundquist played baseball and basketball as well as was a disc jockey at WOC, Davenport, Iowa.

Verne Lundquist started his broadcasting career as a sports anchor for WFAA in Dallas, for KTBC in Austin and as the radio voice of the Dallas Cowboys too. In 1967, he joined the Cowboys Radio Network and remained there until the 1984 season. He collaborated with future (and now current) play-by-play man Brad Sham starting with the 1977 season, the year the Cowboys went 12–2 and captured their second NFL title in Super Bowl XII.

Moreover, he was a sportscaster at WFAA during their 6 pm news, while his eventual successor Dale Hansen did the 10 pm news. Prior to serving as a nationwide sports commentator, from 1970 to 1974, he worked as a commentator for the sports show, Bowling for Dollars, in Dallas, Texas.

During these four seasons, Lundquist interviewed Cowboys players and their first head coach, Tom Landry, at their sidelines, during halftimes, practices, pre-season, and pre-game warm-ups, in Dallas.

December 10, 2016, he retired fra om broadcasting college football games. Further, he planned to contribute to other CBS Sports programs, including its college basketball and golf coverage, for the foreseeable future.

In March 2018, Lundquist declared he would not work the 2018 NCAA Men's Basketball Tournament, as he was still recovering from back surgery he had in November 2017 and would retire from calling college basketball.

Though he has retired from calling college football and basketball, Lundquist remains active as an announcer, calling The Masters and the PGA Championship for CBS Sports in 2018.

Additionally, he has had many broadcasting partners over his long career, including Clark Kellogg, Tracy Wolfson, Allie LaForce, and Gary McCord.

Lundquist has married twice in his life. He first wedlock with Patricia Lundquist. However, the couple could not carry their relationship well and ended up divorcing in 1971. The following year, he married Kathy Veron. But as his first marriage, his second marriage also did not last long. The duo separated in 1980 after living together 8-years long.

In 1982, Lundquist tied the knot with Nancy Lundquist. The pair first met in a bar in Arthur’s in 1980. The couple has been able to keep the love in their marriage fresh, something which Lundquist claims is a result of good mutual understanding and relationship with each other. 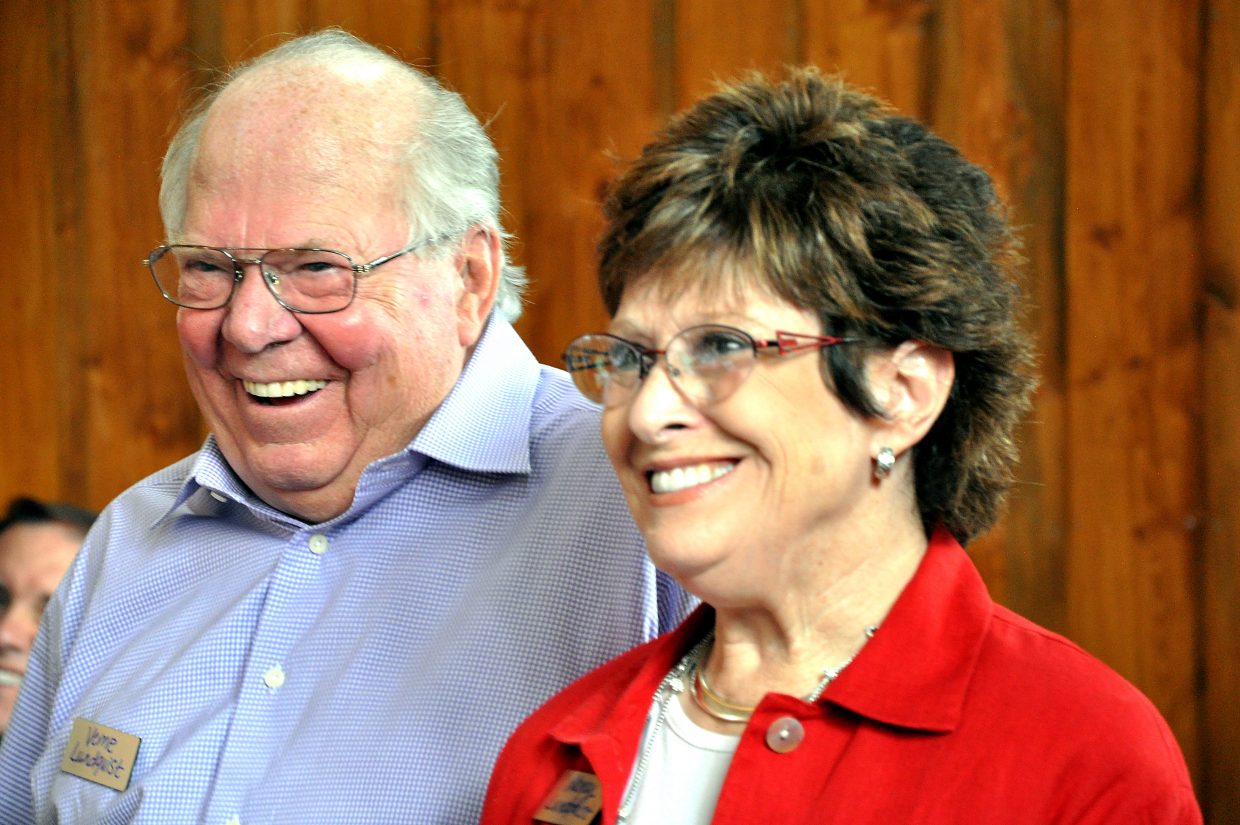 Further, the couple is blessed with a son named  Vaughan Matthew Lundquist.

Verne Lundquist Net Worth and Salary

Not only name and fame, but Verne Lundquist has earned a tremendous fortune through a broadcasting career. As of 2021, his net worth is approximately $2 million. As he still calling The Masters and the PGA Championship for CBS Sports, he earns a considerable amount as his salary.

Furthermore, he owns a luxurious mansion in Steamboat Springs, Colorado (CO), US.