Veljko Birmancevic is a native of Serbia who is famous as a footballer currently playing for Toulouse FC. Birmancevic wears jersey number 19 on his team, and his position is a midfielder. Apart from playing as a midfielder, he can also take the role of Centre-Forward and Attacking Midfield. Furthermore, Birmancevic is not only a prominent player in his club but also a national player who has represented his nation in various games & events.

Does Veljko Birmancevic Have a Girlfriend?

At the moment, there are no truths about a professional footballer, Birmancevic being in a relationship with a girlfriend. Till now, he has not been involved in rumors or controversies regarding love affairs. So, it can be said, his current priority is on his career, and Birmancevic is also doing well in his football career.

Despite that, Birmancevic is also a footballer like Tyreek Magee, who prefers to keep his personal details far from the public domain. So, till now, none of the verified sources have been able to find whether Birmancevic is dating someone or not. 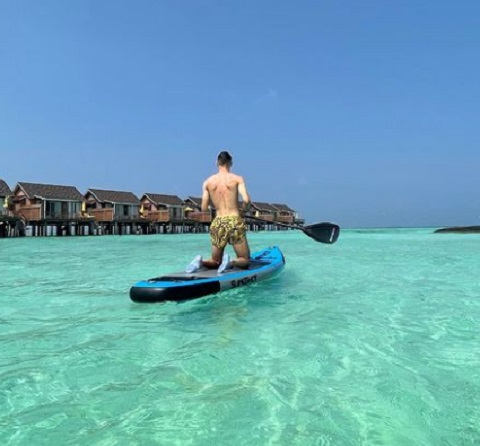 As far as anyone can tell, Birmancevic is currently single. Also, the footballer is known to keep his relationship private, but at the time of this post, it seems pretty clear that, Birmancevic has embraced his solitary life and is focused on himself and his career too. But if Birmancevic gets a partner in the future, he may give some info to his fans. So, we can follow him on social media to get updated on his love life.

Take a Look at His Professional Football Career at Club

Talking about his football career, the Serbian footballer started off his career after joining the local team, SF Stevan Cele Vilotic. He was also a part of OFK Sabac. And, Birmancevic's professional career began with the team of Partizan after getting signed on February 12, 2016. When the Partizan team signed him, Birmancevic got the jersey number 30.

On February 21, 2016, Birmancevic made his Serbian SuperLiga debut by playing a match against OFK Beograd. For the senior team of Partizan, he made three game appearances and was loaned to Teleoptik in the summer of 2016. In the 2016-17 season, Birmancevic scored four goals in 22 matches in the Serbian League Belgrade. 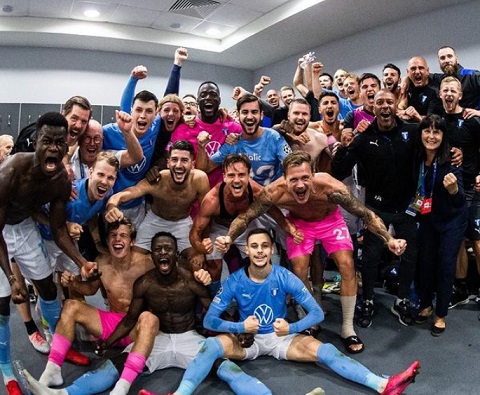 Veljko Birmancevic with his whole team after winning a SOURCE: Instagram @birma_86

For the 2017-18 Serbian First League campaign, Birmancevic extended his loan to Teleoptik. Likewise, he made 11 appearances and scored one goal for the Rad team, with whom he played on loan. For the 2018-19 season, Birmancevic was loaned to Cukaricki and appeared in 25 games. Later, Birmancevic signed a deal with the same team and played with them in 48 games, scoring 11 goals until 2021.

Later, Birmancevic also played for Malmo FF in 46 games and scored 14 goals for the squad, helping them to win Allsvenskan in 2021 and Svenska Cupen (2021-22). Since September 1, 2022, Birmancevic has been with Toulouse FC.

Coming into his international career, Birmancevic has been a part of the U18, U19, and U21 national teams. After making some game appearances for them, he later received a call from the senior football team of Serbia.

Birmancevic receives a fair salary from his current team, with whom he came after taking a fee of €4.10m. Before that, he was at Malmo FF, with whom, Birmancevic had a deal worth €1.00m. According to Transfermrkt, Birmancevic has a massive market value of €4.00m. Being a footballer, Birmancevic may take above the average wage as he has been playing professionally for quite a while now. No doubt, the footballer's net worth is massive as Birmancevic often flaunts his life via his Instagram. The young footballer is still working hard to get more success.

So, it is safe to say that, Birmancevic's fame and bank account will skyrocket in no time. We will keep you updated on Birmancevic's life. And you can also read the biography of another footballer from Serbia, Nemanja Radonjic.

Insights on His Family Background

Well, Veljko Birmancevic is a private person who has kept the information of his family far from us. But we know that he was born to his parents on March 5, 1998, in Sabac, FR Yugoslavia. It can be said that his father and mother are also from the same place.

Till now, Birmancevic has not given many hints about his family, due to which we can't talk about his siblings too. As for his physical appearance, Birmancevic has excellent stamina and performance best in the field. Not only that but Birmancevic peaks at an average height of 5 feet 10 inches (1.79 m).

Veljko Birmancevic is an active social media user who has a solid fan base on his Instagram handle, where we can follow him under the username @birma_86. Birmancevic made his first post on Instagram on January 27, 2021. 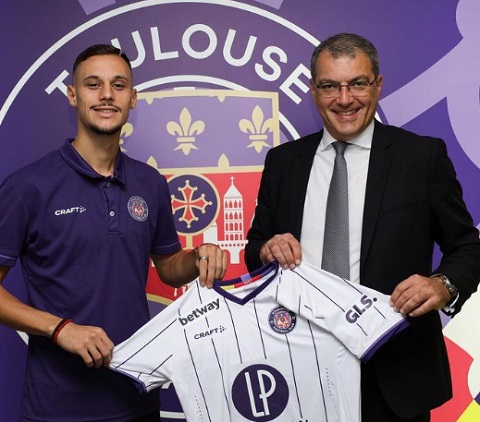 Veljko Birmancevic after signing a deal with his team SOURCE: Instagram @birma_86

Since then, Birmancevic has kept his fans updated with his professional life and various games & sports events. For your information, Instagram has also verified his official account.