Udoka Timothy Azubuike a.k.a Udoka Azubuike is a Nigerian basketball player who finished his collegiate career playing for the Kansas Jayhawks of the Big 12 Conference. He was ranked as the 27th best overall player while ESPN ranked him 22nd overall in the Class of 2016 and Rivals.com rated him a five-star during his high school.

Lagos, Nigeria native Udoka Azubuike was born on 17th September 1999, under the star sign Virgo. He is Nigerian by nationality who came from the African background.

Udoka Azubuike, KU's center from last season, has been projected as second-round selection by various outlets. 6’11 athletic big man, he is a package of Great size, strength, and aggression with great length with a 7’5 wingspan. Reliable finisher and good shot blocker, Azubuike can serve as an anchor on defense. 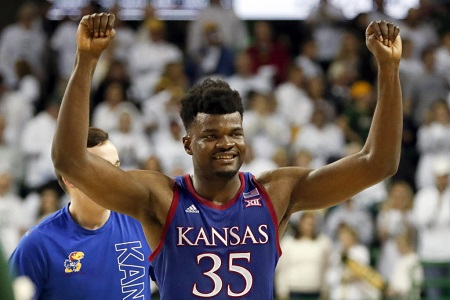 CBS Sports has ranked him 53rd in the 2020 NBA Draft Prospect Rankings whereas his college teammate Devon Dotson is ranked 31st.

Udoka Azubuike's Girlfriend: Is He Dating?

No. 35 – Kansas Jayhawks' Center, Udoka Azubuike is a quite confidential personal when it comes to his personal life. The twenty-two years old has shared less to no information about his love life, not even his relationship status. Again, the media has also failed to cover any news regarding his affair or girlfriend to date. Thus, Azubuike has well maintained his personal life from being out in media. 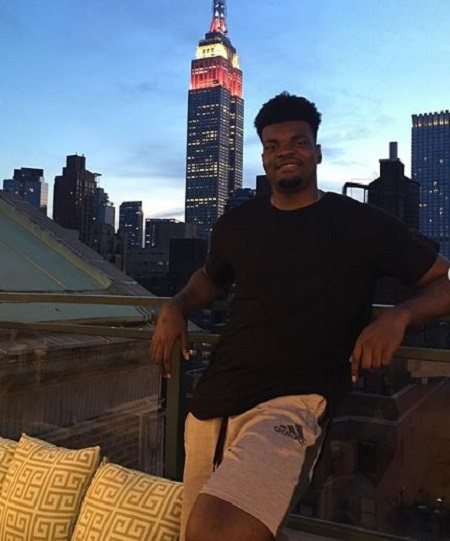 Udoka Azubuike is believed to be single SOURCE: Instagram @udoka_azubuike

Udoka Azubuike was born as the youngest of five, with two older brothers and two older sisters. His father, Fabian, was a police officer, whereas his mother, Florence, was a middle school teacher. At the age of 10, Azubuike lost his father to undiagnosed disease.

Azubuike caught the attention of recruiters with Basketball Without Borders and further he was offered a scholarship to play basketball in the United States despite not playing the game until he was thirteen years old.

For high school, he enrolled at Potter's House Christian Academy in Jacksonville, Florida where he excelled in basketball. Along with basketball, he majored in liberal arts and science at the University of Kansas.