Tyrod Di'allo Taylor a.k.a. Tyrod Taylor is an American football quarterback who is signed to the Los Angeles Chargers of the National Football League (NFL). He finished his collegiate career at Virginia Tech. At the 2011 NFL Draft, Taylor is picked by the Baltimore Ravens. Further, he played for the Buffalo Bills and Cleveland Browns.

Hampton, Virginia native Tyrod Taylor was born on 3rd August 1989, under the star sign Leo. The thirty-one years old is an American by nationality who is of Afro-American ethnic background. Regarding his physique, he stands 6 ft 1 in (1.85 m) and weighs 215 lb (98 kg).

How Much Is Tyrod Taylor's Net Worth? NFL Career Earning, Salary, & Contract 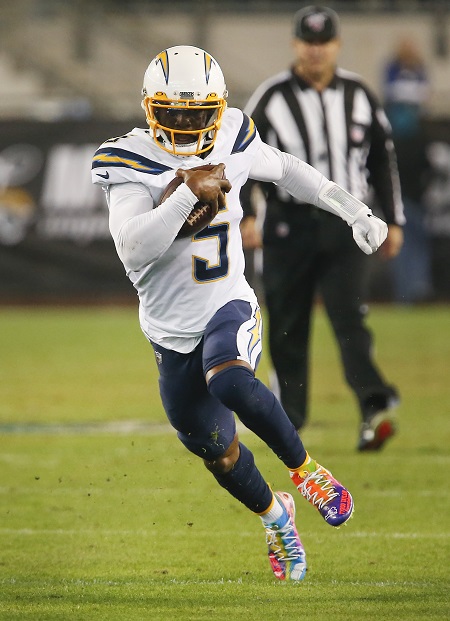 In this time pandemic due to COVID-19, Taylor made a $25,000 contribution via his foundation to the Virginia Peninsula Foodbank.

Los Angeles Chargers quarterback Tyrod Taylor has been in the news for a reason as questions have come up about if he is dating media personality, model and actress, star Draya Michele. His rumored girlfriend, Michele, bron 23rd January 1985, has a son, Kniko, with former Washington Wizards point guard Gilbert Arenas and went on to star in Basketball Wives LA in 2011. 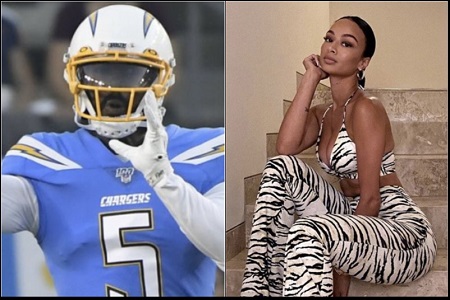 Tyrod Taylor was born to Trina Taylor and Rodney Taylor. At Hampton High School, in Hampton, Virginia, Taylor was a three-sport athlete in football, basketball, and track. As a quarterback, he led the team to a 34–4 recorded during his for a year. When Taylor graduated from Hampton in 2007. Rated as the No. 1 dual-threat quarterback at Rivals.com., he attended Virginia Tech.

At the 2011 NFL Draft, Taylor was drafted in the sixth round with the 180th overall pick by the Baltimore Ravens. On 4th December 2011, Taylor played in his first regular-season game in a victory over the Cleveland Browns. After the 2014 season, Taylor signed to the Buffalo Bills. On March 9, 2018, the Bills agreed to trade Taylor to the Cleveland Browns for a 2018 third-round draft pick. On March 13, 2019, Taylor signed a contract with the Los Angeles Chargers.