Tyler Heineman is a professional baseball player hailing from Los Angeles, California, who plays for the Pittsburgh Pirates of Major League Baseball (MLB). His prominent position is a catcher, and he wears jersey number 54 on his current team. Since May 16, 2022, Heineman has been with the team of Pittsburgh Pirates, but before that, he represented various teams in MLB.

Besides, Heineman comes from an athletic family background as his brother, Scott Heineman, is also a professional baseball outfielder and first baseman who played for the Texas Rangers and Cincinnati Reds of MLB. Furthermore, the California native was interested in playing baseball from an early age, and he also played for the school's baseball team as he attended the Windward School in Los Angeles.

Heineman's Salary and Net Worth Revealed

Heineman is a professional baseball player who has been a part of multiple teams in the past with whom he signed a fair deal. In the United States, a baseball player playing Major League Baseball (MLB) has an average salary of $4.41 million. So, we can say that Heineman may be earning in the same range as his current team, but none of the media sources have given the details regarding his income.

Meanwhile, he previously played for the Toronto Blue Jays, and with them, he had a deal of $700,000, as reported by Spotrac. The same report by Spotrac shows that his adjusted salary with the Pittsburgh Pirates is $546,132. From this, it becomes clear that Heineman is making a good amount of money from his profession, and he is also doing good in his career. 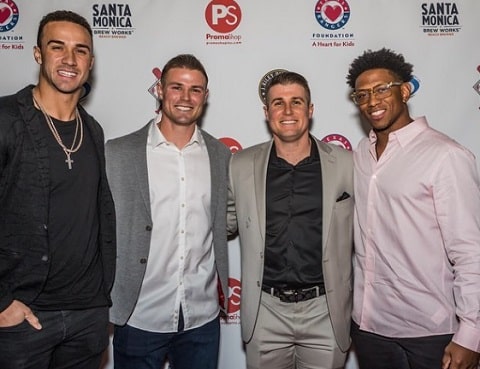 As we know, Heineman is earning a good amount of money; it is also believed that his net worth is in the six figures. However, the precise details of his fortune remain under review as none of the media outlets have shared the data. Moreover, his Instagram posts show that Heineman is living a luxurious life.

Heineman Is Married To His Wife

Moving into his love life, Heineman is a happily married man, and he lives with his gorgeous wife named, Liz Marie. Heineman and his wife, Marie, have been together for some time now as they dated each other for some years before walking down the wedding aisle on January 12, 2019. The twosome tied the knot in the presence of their family and close ones at The Lodge at Malibou Lake.

Meanwhile, Heineman had also shared some moments of his marriage via his Instagram account. Furthermore, the couple also celebrated their one-year wedding anniversary in January 2020 and posted some snaps on social media. 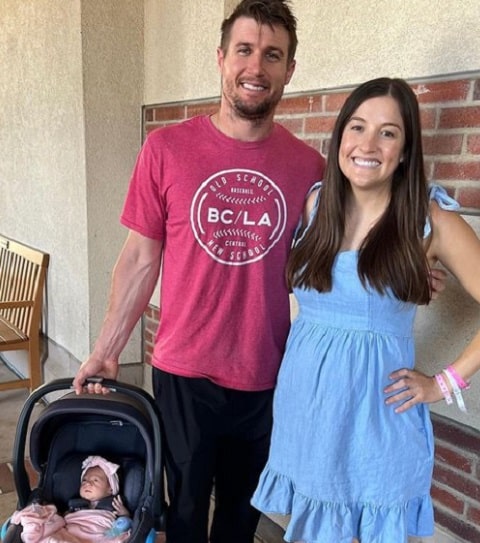 Tyler Heineman has a child with his wife SOURCE: Instagram @theineman13

Moreover, Heineman and Marie have been in a marital relationship since 2019, and they are still leading the relationship of husband and a wife. Besides, Marie is a supportive partner who has been with Heineman in various steps of his career. Not only that, but she has also appeared in some games of Heineman to cheer him up.

So, we can say that the pair are doing good in their life and they are living happily. Not to mention, they also gave birth to a baby girl named Emma Katherine Heineman on July 5, 2022.

Take A Look At His Early & Professional Career

As we know, Heineman went to the Windward School in Los Angeles, where he also played for the school's baseball team. After having a good career in high school, Heineman went to the University of California, Los Angeles (UCLA), where he made the baseball team as a walk-on. He performed pretty well and also received some honors for his performances.

Heineman was named All-Pac-12 Conference and a semifinalist for the Johnny Bench Award. Furthermore, Heineman's professional career started with the team of the Houston Astros when they selected him in the eighth round of the 2012 MLB draft. After signing, Heineman also played for the Tri-City ValleyCats of the Class A-Short Season New York–Penn League. 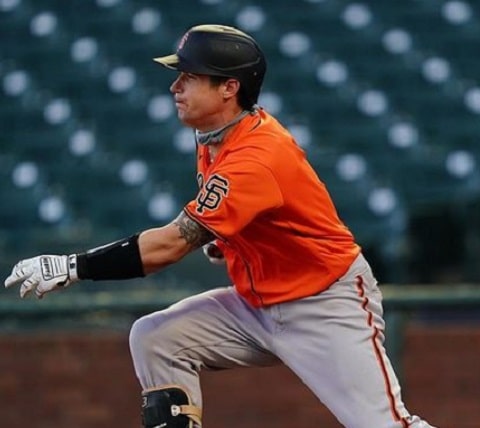 In 2013, Heineman played for the Lancaster JetHawks of the Class A-Advanced California League. The following year, he played for the Corpus Christi Hooks of the Class AA Texas League. After the 2014 regular season, the Houston team assigned him to the Salt River Rafters of the Arizona Fall League. During spring training in 2017, he was traded to the Milwaukee Brewers for a player to be named later or cash considerations.

So, the Brewers team assigned him to the Colorado Springs Sky Sox. Later, Heineman got a chance to play for another team and signed a contract with the Arizona Diamondbacks on November 13, 2018. And the next season, the Diamondbacks traded him to the Miami Marlins for cash considerations on June 3, 2019. And on September 3 of the same year, the Marlins selected Heineman's deal.

Furthermore, Heineman made his major league debut on September 4 by playing against the Pittsburgh Pirates. And on September 25, Heineman recorded his first MLB hit. The following day, his first career home run came off Zack Wheeler. Similarly, Heineman played for the San Francisco Giants after signing a deal with them on January 6, 2020. After making some appearances with them, he signed a minor league contract with the St. Louis Cardinals on November 13, 2020. 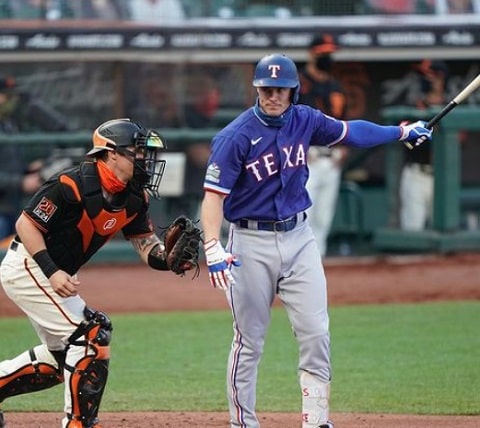 Tyler Heineman in one of his games SOURCE: Instagram @theineman13

And on July 3, 2021, Heineman signed a minor league deal with the Philadelphia Phillies team, and on March 12, 2022, he signed an agreement with the Toronto Blue Jays but was selected to the active roster on April 11. And since May 16, 2022, he has been with the team of the Pittsburgh Pirates.

Born on June 19, 1991, Tyler Andrew Heineman is 31 years old as of 2022. Heineman is a native of Los Angeles, California, and spent most of his early days there. Furthermore, Heineman was raised by his beloved parents, Kathy and Steve.

For your information, Heineman is not only the child of his parents as he was raised alongside his brother named Scott, who is also a professional baseball player. His father, Steve, worked in the Santa Monica Police Department.