Bradley Kevin Marchand, a.k.a Brad Marchand, is a Canadian national ice hockey player. He is currently signed to the Boston Bruins of the National Hockey League as a left-wing, having picked 71st overall in the third round of the 2006 NHL Entry Draft.

Before his NHL career, Marchand played major junior hockey in the Quebec Major Junior Hockey League (QMJHL). He is married to his wife, Katrina Sloane. Marchand earns about $6.125 million as an annual salary and has an estimated net worth of $25 million.

Who is Brad Marchand's Wife?

Brad Marchand, 31, is a happily married man. He tied the knot with his girlfriend, Katrina Sloane, in September 2015. In the summer of 2017, the couple welcomed their first baby.

Besides, Marchand has a stepson, Brad, from Katrina's previous relationship. But he embraced Brad as his own. 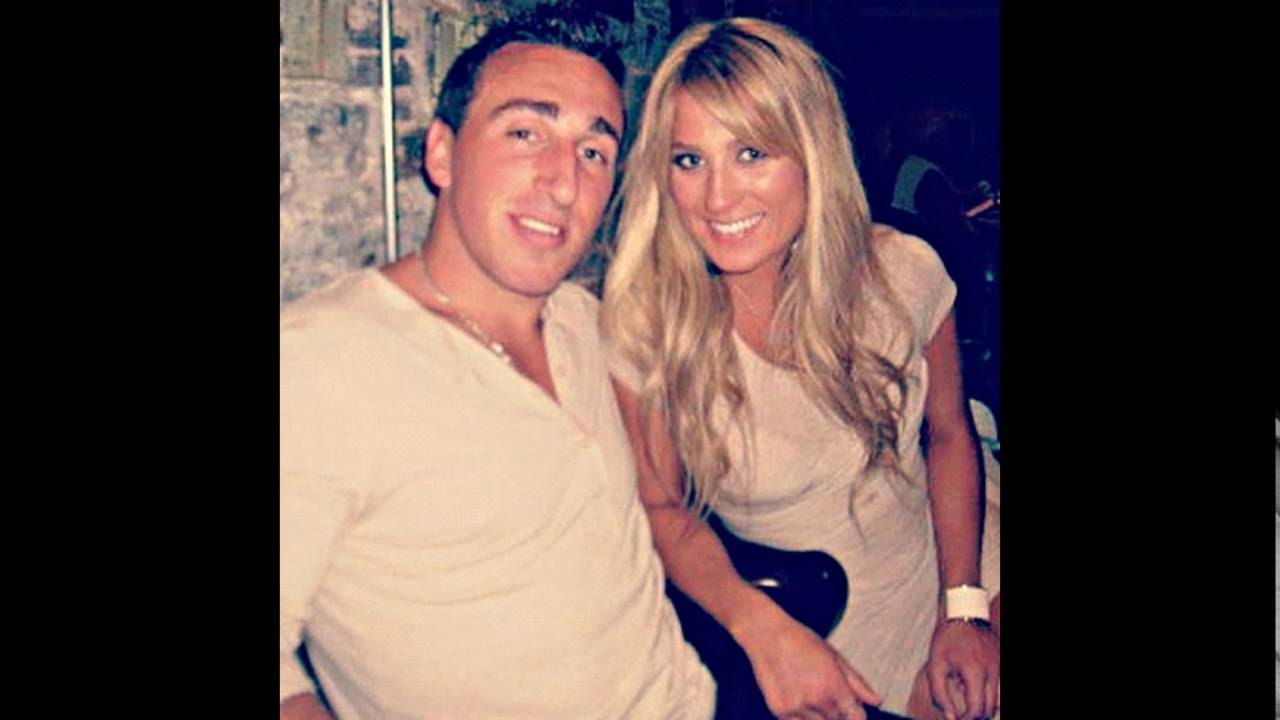 Marchand is also known for his controversies during the game. Earlier in May, he licked the cheek of Tampa Bay Lightning's Ryan Callahan during Game 4 of their Eastern Conference semifinal series. He also licked on the neck of Leo Komarov against the Toronto Maple Leafs.

Brad Marchand Salary, Net Worth and Endorsement As Of 2020

Brad Marchand is a wealthy ice hockey player with an estimated net worth of $25 million. He is currently under an 8-year contract worth $49 million signed in 2017.

Apart, he owns a $1.2 million luxury mansion which contains 6,000 sq. of living space, five bedrooms, and five bathrooms. He recently listed the house for sale.

Brad Marchand is a native of Halifax, Nova Scotia, Canada, born on May 11, 1988. His birth sign is Taurus. By nationality, he is Canadian, and his ethnicity is under review.

He was raised alongside his three siblings, Melissa Marchand, Rebecca Marchand, and Jeff Marchand, by their parents, Kevin Marchand and Lynn Marchand.

Since his childhood, Marchand had a keen interest in hockey and grew up playing minor hockey in the Hammonds Plains. As a junior, he played with AAA midget with Dartmouth Subways before being selected in the second round of the 2004 QMJHL Midget Draft.

He spends four seasons in the QMJHL between the Halifax, Moncton Wildcats, and Val-d'Or Foreurs.

In the 2006 NHL Entry Draft, Brad Marchand was picked 71st overall by the Boston Bruins. On October 21, 2009, he made his NHL debut against the Nashville Predators. His first NHL goal came on November 3, 2010, against Jhonas Enroth of the Buffalo Sabres.

During the 2010-11 season, Marchand established himself as a two-way player. Further, in the 2011 Stanley Cup playoffs, he recorded 19 points over twenty-five games, helping his team to a Stanley Cup championship. His eleven goals tied Jeremy Roenick for the 2nd most by players in the NHL.

On September 14, 2011, it was announced that Marchand extended his contract with the Bruins, re-signing a two-year deal. During the 2014-15 season, Marchand played on the Bruins' top line for the majority of the season, recording 24 goals, and 18 assists, with 42 points. The following season, he played 77 games and scored 37 goals. Also, he re-signed an extension contract of eight-year worth $49 million through the 2024-25 season.

On March 6, 2018, Marchand recorded his 3rd career hat trick and a pair of assists, making for a 5 point night in a 6-5 home-ice overtime win against the Detroit Red Wings.]

Brad Marchand has represented his national side internationally at junior and senior levels, playing in various tournaments. For Canada, he played four times in the 2007, 2008 World Ice Hockey Championships, 2016 IIHF World Championship and 2016 World Cup of Hockey, bringing home gold from each tournament.