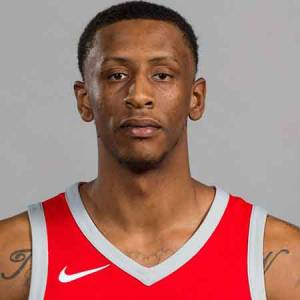 Troy Williams is an American professional basketball player who plays in the National Basketball Association (NBA). He currently plays for the Sacramento Kings as their Small Forward. In the past, he has played for other teams like Memphis Grizzlies, Houston Rockets, and New York Knicks.

Troy Williams was born on December 30, 1994, in Hampton, Virginia to mother Patty Wiliams. As per his nationality, he is American and belongs to African American ethnic group.

Williams attended Phoebus High School where he played two seasons of high school basketball. He later transferred to Oak Hill Academy in Mouth of Wilson, Virginia and played his senior years basketball with their basketball team.

Troy Williams enrolled in the Indiana University where he played for Indiana Hoosier Basketball team. He earned third-team All-Big Ten honors during his junior years. He forewent his senior years and declared for the 2016 NBA draft.

Troy Williams was undrafted in the 2016 NBA draft but was able to join the Phoenix Suns for the 2016 NBA Summer League. After the end of summer league, he was signed by the Memphis Grizzlies on August 8, 2016. He made his debut for the team on October 29, 2016.

Williams spent time between Grizzlies and its D-League affiliate Iowa Energy. Williams was waived by the Grizzlies on January 30, 2017, and later was acquired by the Iowa Energy on February 3, 2017. During his time at the Energy, he signed a 10-day contract with Houston Rockets on March 10, 2017.

Troy Williams was raised by single mother Patty Williams. His uncle  Marcellus Spencer  Williams Jr. was also a major influence during his childhood. No information is found about his father.

Williams is a father and has a daughter named Aviah Rose Williams on March 13, 2017. He often posts pictures of his daughter on his Instagram account but not much about the mother of his child is known.

Williams is currently signed to a two-way contract with his current team. According to the contract, he shall make $75,000 while in the G-League and depending on the time that he spends in NBA, can earn up to $204,000.