Trevor Williams is an American professional baseball pitcher for the Chicago Cubs of Major League Baseball.

Williams was born in San Diego on April 25, 1992. He graduated from Rancho Bernardo High School and then attended Arizona State University where he played collegiate baseball for the Sun Devils from 2011 to 2013.

For the Sun Devils, Williams started 38 games and recorded 18-8 with a 2.98 earned run average. In 2012, he was seen swinging and running for the Orleans Firebirds of the Cape Cod Baseball League. He was selected by the Miami Martins in the second round of the 2013 Major League Baseball draft.

That year, he had his debut match against the Gulf Coast Marlins. He also went on to play for the Batavia Muckdogs and the Greensboro Grasshoppers. Between the three teams, he started 12 times and contributed 0-2 with a 2.38 ERA. He started 2014 with the Jupiter Hammerheads and later earned Florida State League All-Star honors. 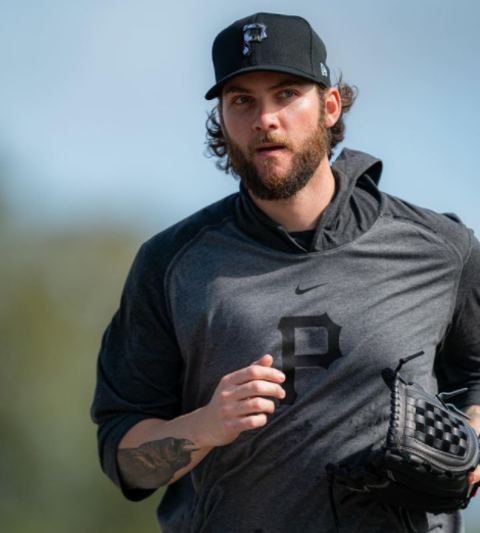 Trevor Williams Williams is a devout Catholic; his heavily-tattooed arms include the initialized motto of the Society of Jesus SOURCE: Instagram

In August 2013, he was promoted to the Jacksonville Suns and would play 26 games between the Hammerheads and the Suns. While doing so he compiled an 8-7 record and 3.13 ERA. In 2016, he split his time between Jacksonville and New Orleans. On October 24, 2015, he was traded to the Pittsburgh Pirates.

On February 5, 2021, the California-born pitcher agreed to a one-year deal with the Chicago Cubs. He has been reported to be sidelined for the rest of the season due to an emergency appendectomy.

Trevor Williams' Net Worth and Salary

In 2013, the Miami Marlins signed him with a contract worth $1.26million. Though, it is not known how much of that amount was guaranteed. In 2016, he was reportedly getting $507,000 a year playing for the Pittsburgh Pirates. 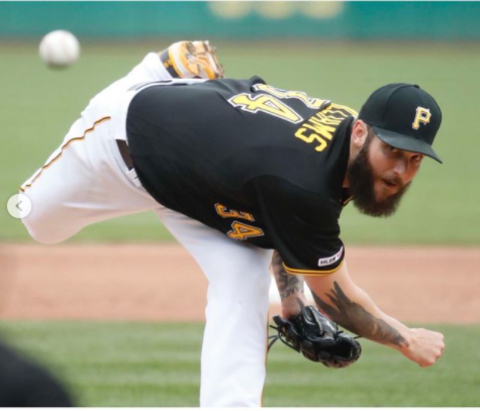 Trevor Williams was drafted by the Miami Marlins in the second round of the 2013 Major League Baseball draft. SOURCE: Instagram

The next year, that figure increased to almost fivefold when the Pirates offered him a one-year contract worth close to $3million. Williams's net worth as per the mentioned details can be assumed at around $3-$5million - given the fact that he has accumulated over $8million, exclusively from career earnings.

Former Pittsburgh Pirates pitcher Trevor Williams is the father of three children with his wife Jackie. His third child, a boy, Jude Michael was born on January 8, 2020. They are also the nesters of their adoptive daughter, Jo Jo. Their first biological child, Isaac, a boy was born in 2015.

Williams' wife is also a San Diego native. She had once kept her nursing career on hold to keep her family together while her husband was busy with the baseball career. The pair began dating during the freshman year of college. The couple tied the knot in November 2014. Jackie holds a Bachelor of Science degree in Nursing from Gonzaga University in Spokane, Washington.

The pair first met at church and maintained a long-distance relationship for four years. Jackie says her LDR with Williams helped her while her husband was moving from place to place during his early baseball days.