Todd Helton is an American former professional baseball first baseman who played his entire playing career of 17 years for the Colorado Rockies of Major League Baseball. During his spell with the Rockies, he played 2,247 games, was named to an All-Star five times, and Gold Glove Award Winner three times. He holds the Colorado Rockies club records for hits (2,519), home runs (369), doubles (592), walks (1,335), runs scored (1,401), runs batted in (RBIs, with 1,406), and total bases (4,292).

Todd Helton's Net Worth and Salary

His 2003 contract extension with the Colorado Rockies started to pay him a yearly compensation of close to $16 million as a salary for the next seven years. This was a 9-year contract valued at over $145 million. 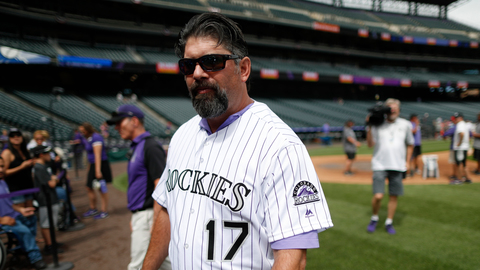 The Tennessee-born baseball player's $19.1 million 2011 salary was converted into a $4.6 million signing bonus and $6 million in salary plus $13.1 million deferred with interest. In regards to the aforementioned details, Helton's 2021 net worth is estimated at around $65 million.

Sources claim, from 2014-2023, the Colorado Rockies have paid him - and will continue to pay him - $1.3 million annually with an added 3 percent interest.

Todd Helton's Married Life; who is his Wife?

Helton met his future wife Christy Bollman while both were studying at the University of Tennessee. It was a biology class when the two were sophomores in 1992. Christy used to play soccer for the Lady Vols. The couple has been pretty much together since. Helton and Christy with their daughters, Tierney Faith, and Gentry Grace reside in Knoxville, Tennessee. 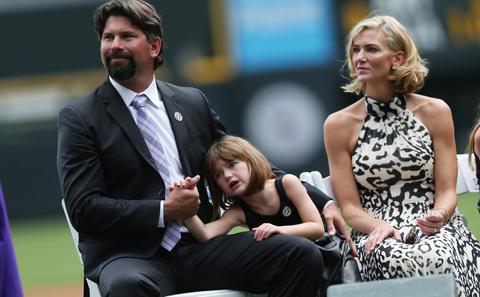 The family also can be seen spending their time in Brighton, Colorado. Helton's eldest daughter, Tierney recently graduated from Christian Academy of Knoxville, a high school in Knoxville, Tennessee. She is set to join her father's former institute, the University of Tennessee.

Helton has been arrested and accused of driving under influence on two occasions; one in 2013 and the other in 2019. The first, he was ordered to pay $400, while for the latter he entered a treatment program.

As for his collegiate baseball, he recorded a .370 batting average, with 38 home runs and 238 RBI (both school records). 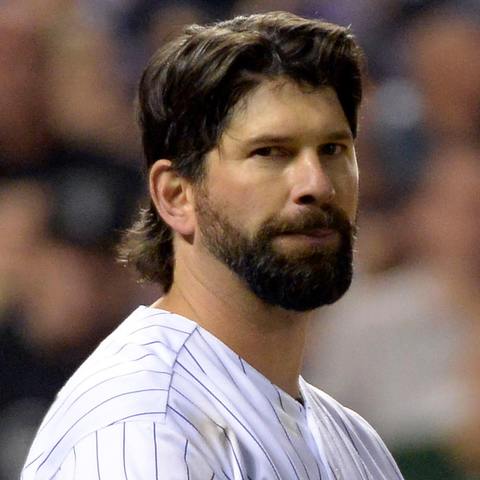 Todd Helton is the fourth player in National League history to lead the NL in both batting average and RBI. SOURCE: Instagram

Throughout his university career, he pitched 193 innings, registering an ERA of 2.24, with 172 strikeouts and 23 saves. He was signed by the Rockies on August 1, 1995, having previously drafted him in the first round, eighth overall, in the 1995 MLB draft.

Trending: Inside Francisco Lindor's $135million 10 year contract extension with the New York Mets; Also Know About The Details Regarding His Upcoming Wedding

He is one of only four players in MLB history to have reached 400 total bases in consecutive seasons. Likewise, he is one of only five players in MLB history to have at least 200 hits, 40 home runs, 100 RBI, 100 runs, 100 extra-base hits, and 100 walks in one season. He is in the club of three first basemen in the MLB chronicle to have at least a .315 batting average in eight consecutive seasons.

In MLB's record of fielding percentage, Helton ranks No 8 all-time among the first baseman. He is the only player in the MLB franchise to hit 35 or more doubles in at least 10 consecutive seasons.