Trevor Bauer: Reinstated After 194 Games, Suspension Reduced From 324 Games to 194

Trevor Bauer was accused of something heinous in early 2021. Due to the alleged domestic abuse allegations, the MLB suspended the player for 324 games. But, on September 13, 2022, new evidence surfaced and dismissed the assault lawsuit against Bauer. But, the bad news started in 2020 for the talented baseball star. In 2020, a woman from Ohio accused Trevor of physical assault and death threats.

Bauer was once the highest-paid baseball star. But now, Trevor missed almost two seasons' worth of matches. The talented pitcher signed a three-year deal with LA Dodgers worth $102 million in 2021. In the same year, MLB placed him on administrative leave after the sexual assault allegations came to light. The rest of 2021, let's say, wasn't a terrific year for the talented pitcher.

Trevor Bauer returns to the field After almost two seasons!

MLB initially suspended Trevor Bauer for almost two seasons, 324 games. But since then, the allegations and lawsuit against Bauer became dismissed. So, the arbitrator decked the suspension down to 194 matches. The baseball athlete was reinstated in late December 2022. 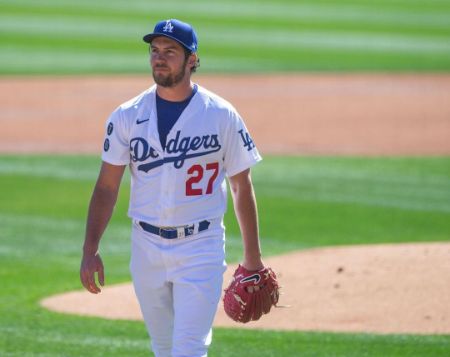 Trevor Bauer was playing for the LA Dodgers before his 324-game suspension. SOURCE: Instagram

Bauer and his team, the Los Angeles Dodgers, were caught off guard by the decision. And now, the Dodgers have till January 6, 2022, to decide whether or not they want Travor under their banner. While Trevor received the green light to play once more, his paycheque will be halved.

Trevor's suspension was one of the longest suspensions in MLB history. Interestingly, even after the decrease in the forced hiatus, it stands as the most elongated one. The forced break started on July 2, 2021, and ended on December 22, 2022.

A woman from San Diego filed a lawsuit against Bauer for assault!

Daily Mail released an in-depth article on the Trevor Bauer sexual battery case. According to them, the woman from San Diego is now identified as Lindsey Hill. Hill also filed for a DVRO on the LA Dodgers pitcher. 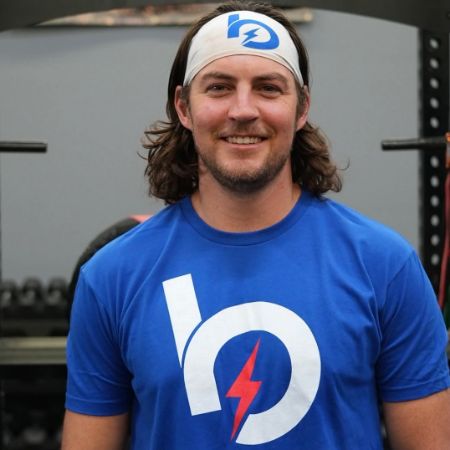 Trevor Bauer was promoting his merch by wearing them during his suspension days. SOURCE: [email protected]

Hill isn't the only woman to accuse the baseball star of sexual assault. She's one of three women who accused Bauer of such an act. Two women claimed that Trevor assaulted them while having intercourse.

The plot around the Bauer sexual assault thickened as new evidence became apparent. In early September 2022, the Los Angeles Times released an article about a video of Lindsey in bed with Trevor. The pitcher's attorney obtained it from the Pasadena Police Department. And the kicker, Hill took the footage herself. The accusor was seen smirking and uninjured in the said nine-second clip.

Los Angeles Dodgers and Trevor Bauer held a three-year contract in 2021. Similarly, the Dodgers offered Bauer a whopping $102 million for three years. However, due to his forced hiatus, Trevor lost around $35 million in 2021. And while he was suspended, Clayton Kershaw took over as the pitcher for the LA Dodgers. 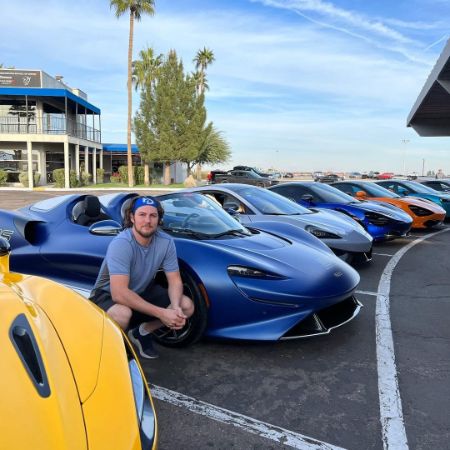 Dodgers didn't have to pay $28 million to Bauer as his salary in 2022 alone. Likewise, in 2023, since the MLB cut his salary in half, his team will save over $9 million. But the big question is whether the Dodgers keep Trevor in their 40-man roster. And the LA-based team has less than a week to decide.

Even with losing millions from his salary, Bauer is in no danger of going broke. Currently, the award-winning pitcher commands an estimated $50 million. However, Trevor didn't receive any salary for the whole of 2022. The talented athlete went on to draw income from selling merch online.

Bauer grew as an online influencer in his hiatus from Baseball!

After his suspension, Trevor Bauer gained a lot of free time. With nothing more to do, Bauer started Vlogging more often. Currently, Bauer's YouTube channel sits with a whopping 471k subscribers.

Trevor's other social media accounts also attracted hundreds of thousands of followers. With almost half a million followers, the pitcher's Twitter has an astonishing 443.8k followers. Likewise, his Instagram also holds a similar number of followers, 425k.

The suspension also halted many of his sponsorship deals. Before the MLB stopped his career, the Dodgers wanted to push Bauer bobbleheads on the shelves. However, once the suspension hit Trevor, the bobblehead project with Clayton Kershaw's World Champion T-Shirt. The Dodgers also removed all of Bauer's merchandise from the team store.