Miami, Florida native, Trevor Ariza was born on June 30, 1985, under the star sign Cancer. The thirty-four years holds an American nationality and belongs to the Afro-American ethnic background.

Trevor Ariza Net Worth and Salary As of 2021

Further, he has made earning of more than $102,195,477 from his entire playing career. Additionally, the NBA Player Trevor Ariza earns a good amount of money from various sponsorships. 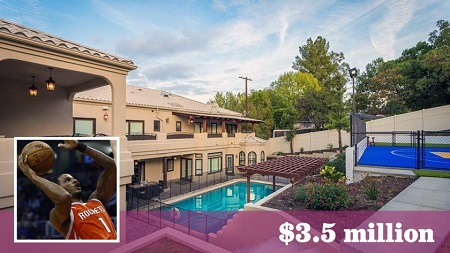 Other than that, he owns a house In 2017, he listed his Tarzana home for the $3.5 million. The one-acre contemporary Mediterranean estate, built-in 1990, includes a main house, a guest casita, a swimming pool, and a basketball half-court.

Who is Trevor Ariza's Wife?

Trevor is a happily married man. He tied the knot with his wife, Bree Anderson, after dating for some years. Further, the couple is raising 3 children; two of them are of their own and one from Trevor's past affair.

Ariza named his eldest son Tajh and whenever his son asks him, why not his name was Trevor?

‘Because I named you after a better person' Trevor replies.

The other two children are one-year-old daughter, Taylor, and three-year-old son. Every time he appears with his wife in public, they steal the show with their charm and romance. 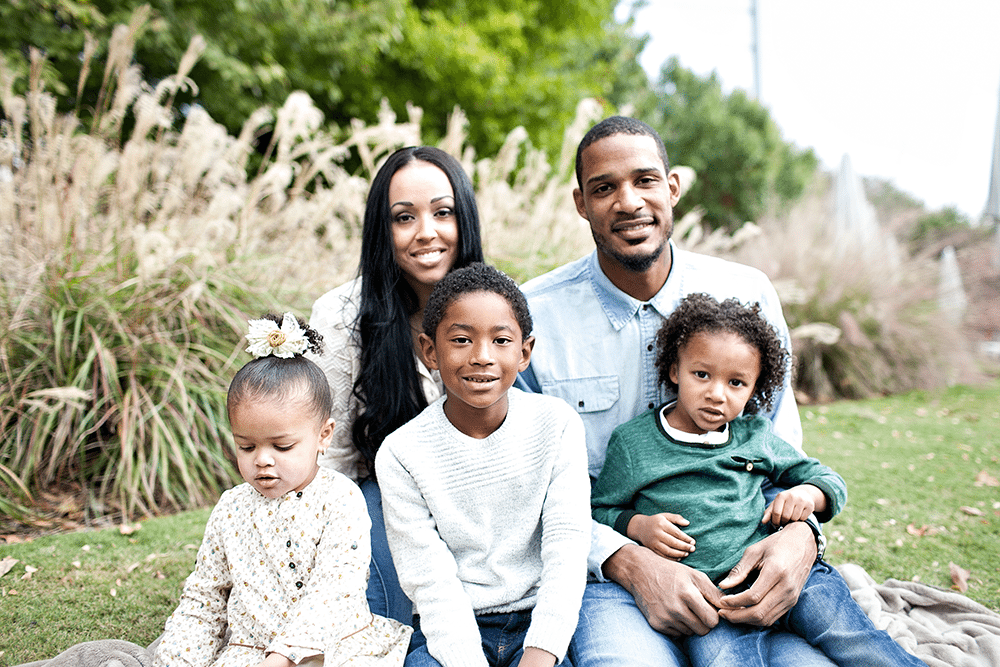 Trevor Ariza with his wife and children SOURCE: Heightline

In many of their photos, we see them entirely into each other or in a romantic embrace. One can expediently guess that Trevor and his wife are sharing their marital bliss. As of now, Trevor is living a happy life with his wife and children. Any rumors of separation or divorce seem to be miles away from the happy couple.

Trevor Ariza has a height of 6 feet 7 inches. His body weighs 98kg. He has black hair and black eyes. Furthermore, there are no details regarding his body measurements.

Except for the trade rumors, he has not been in other rumors and controversy sufferings in his life. Trevor Ariza is currently active on Facebook and Twitter and has thousands of followers.

American professional basketball player Trevor Ariza was born to Kenny McClary and Lolita Ariza. He also had a younger brother named Tajh who died a tragic death when he was five.

He’s the one who told me I was going to play in the NBA. So, every time I step on the court, before our games and every night, I always pray for him. Tell him to look out for me.”

His birth name is Trevor Anthony Ariza. He studied at Westchester High School in Los Angeles, where he was a five-star recruit of Rivals.com. later, he attended UCLA for his further study.

In February 2006, Ariza and Penny Hardaway were traded in Orlando Magic in return for Steve Francis. He played 21 games and averaged 4.7 points per game after the trade.

Ariza was traded to the Los Angeles Lakers in November 2007 in exchange for Brian Cook and Maurice Evans. Due to a bone injury in his right foot, he missed several matches. later, he recorded a career-high of 21 points in a match against Utah Jazz. Additionally, he was a Lakers team member winning the 2009 NBA Championship.

On 3 July 2009, he signed with Houston Rockets over five years worth $33 million but he was soon traded to New Orleans Hornets on 11 August 2010. On October 31, 2009, Ariza scored 33 points in a 111- 107 Rockets win against the Portland Trail Blazers. Later, Ariza was expelled on 13 December 2009 after he tried to punch DeMar DeRozan of the Toronto Raptors after he had robbed the ball.

On 11 August 2010, Ariza was traded as part of a four-team, five-player trade with Darren Collison and James Posey going to the Indiana Pacers, Troy Murphy to the New Jersey Nets and Courtney Lee to Houston.

Ariza was traded along with Emeka Okafor in Washington Wizards on 20 June 2012 in return for Rashard Lewis.

On July 6, 2018, Ariza signed a one-year, $15 million contract with the Phoenix Suns. In his debut for the Suns in their season opener on October 17, 2018, Ariza recorded 21 points, eight rebounds and seven assists in a 121–100 win over the Dallas Mavericks.

On 17 December 2018, Ariza was traded for Austin Rivers and Kelly Oubre Jr. at the Washington Wizards.