Trent Oeltjen is an Australian retired baseball outfielder. He played for the Arizona Diamondbacks and Los Angeles Dodgers of the MLB as well as played for various minor league teams and the Australian Baseball League. In 2004, he won a silver medal at the Athens Olympics representing the Australian national baseball team.

From 15 years of a professional baseball career, Trent Oeltjen has earned a decent sum of money. He has played for various MLB franchises from minor leagues teams to ABL to the Australian national team.

From his MLB career, Trent has summoned no less than the six-digit figure. Further, the source claims the Australian baseball national team makes $67,722 a year.

Trent Oeltjen is married to Alyssa. The couple is blessed with an adorable baby boy.
However, Oeltjen is quite confidential when it comes to his personal life. There is less to no information about his wife in the media, except her name. Seems like Alyssa does not seek spotlight unlike other wags out there. They are much low-key. 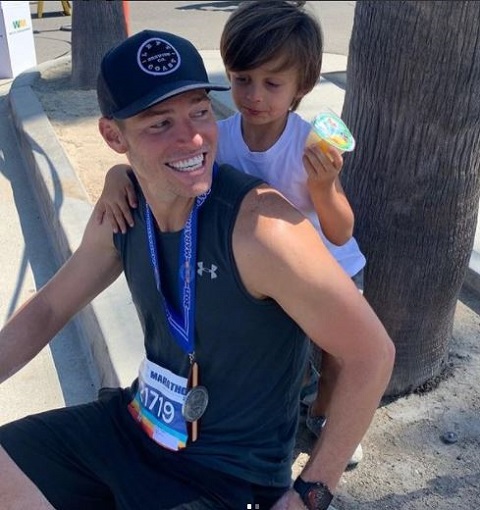 Oeltjen is active on Instagram with over 2k followers where he often posts his son's pictures.

In 2002, he played excellent which gave him a place at the Class A Quad City River Bandits. The following year, he played for Quad City before being promoted to the Fort Myers Miracle.

In 2007, he played for the Rochester Red Wings and was the most outstanding individual player in the 2007 Baseball World Cup.

In 2008, Trent was signed by the Arizona Diamondbacks as a free agent. On 6th August 2009, he was called up to the majors, repacing Justin Upton who was injured.

On 4th December 2009, Milwaukee Brewers offered Trent a minor league contract however, he exercised an out clause in his contract and was granted his release from the Brewers.

On 6th July 2010, Tret was signed by the Los Angeles Dodgers and was assigned to AAA Albuquerque Isotopes. On 14th May 2012, Dodgers designated him for assignment. He became free agent on 6th October 2012.

He played 2013 season with the Salt Lake Bees in the Los Angeles Angels of Anaheim organization. The following season, he signed a minor league contract with Arizona Diamondbacks.

In January 2015, Trent announced his retirement from professional baseball.