Trayvon Mullen is an American football who plays side he Oakland Raiders of the National Football League (NFL) as their No.27 cornerback. He was selected 2nd round with the 40th overall pick by the Raiders in the 2019 NFL Draft.

His cousin Lamar Jackson is NFL quarterback currently signed to the Baltimore Ravens. 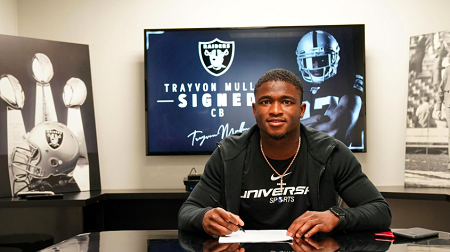 As of 2020, Mullen's net worth is over $2 million, soley made through his NFL career. In May 2019, he purchased a Mercedes to his mom on the occasion of mother's day.

Trayvon Mullen became a dad in his early twenties. He often shares pictures with his little one on his Instagram. However, the mother of his son is not publically known. 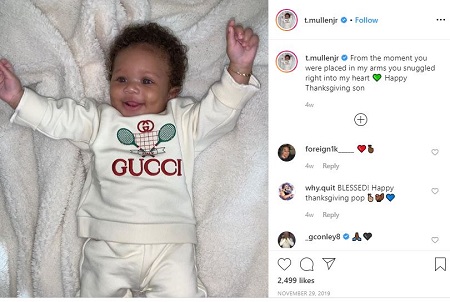 Besides, he has not shared any of his love life details. As of now, he is possibly single.

In the 2019 NFL Draft, Mullen was drafted by the Oakland Raiders in the second round with 40th overall pick. In week 1, he made his NFL debut against the Denver Broncos, where he made one tackle in the 24-16 victory. Further, he recorded his first interception off Ryan Finley in the 17-10 win against the Cincinnati Bengals in week 11.

In the 16th Week, he suffered a head injury against the Los Angeles Chargers, resulting in him being carted off the field.