Torrie Wilson whose full name is “Torrie Anne Wilson” is one of the professional wrestlers. Currently, she has retired from her professional wrestling career. She is also a successful model, actress, and fitness competitor. She is best known for being a wrestler in the World Championship Wrestling (WCW) and World Wrestling Entertainment.

Wilson has an estimated net worth of $20 million. She was married to Peter Gruner but the couple got a divorce in 2008.

Torrie Wilson Net worth and Salary

Torrie Wilson is one of the richest WWE Diva with a net worth of around $20 million in 2020. She earned a hefty amount from the deal with WWE  from 2001 to 2008. Her annual salary as a WWE star was reported to be $260,000 annually in the early 2000s. Besides, she was the cover star of DVD projects such as Divas Undressed and was also associated with the lingerie and bikini special magazines. Moreover, she also made money from the merchandise sale.

She is an entrepreneur and a fitness expert as she also runs a fitness website providing tips. She also has her own clothing line named "Officially Jaded". She reportedly makes good earnings from the business. She was also a cast member of the NBC reality show, I’m a Celebrity… Get Me Out of Here” and reportedly got paid $70,000 in 2009.

Torrie's $20 million net worth mostly came from outside her WWE career. She was a Playboy cover girl and her deal with the project also made her huge earnings. There were also several rumors that her net worth could have a link to her relationship with baseball star and former boyfriend Alex Rodriguez.

The former WWE Diva currently lives in an unknown fashion in Tempa, Florida.

There is no doubt that this diva has been in an affair with many in the past. During her WWE, she has been associated with many people. She was a married woman but not any longer. She got married to Peter Gruner, who is also a wrestler well known as Billy Kidman in the ring. 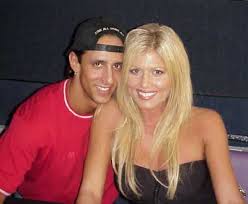 Torrie Wilson with her former husband Peter Gruner, who is known by the ring named Billy Kidman SOURCE: Whosdatedwho

They tied the knot on 11 July 2003. Before their marriage, they also dated each other for four years. Their married did not sustain long. They stayed together for about half a decade and divorced in 2008.

Past Affair and Boyfriend

Torrie Wilson also dated Nick Mitchell who is also a famous wrestler. In September 2007, she launched her own clothing line named “Officially Jaded”. She also opened her clothing store in Woodland Texas. 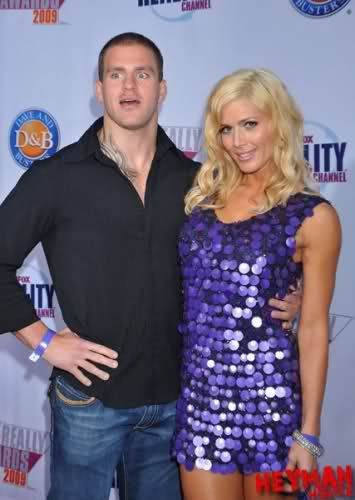 Moreover, she was in an affair with New York Yankees third baseman Alex Rodriguez from 2011 to 2015. She also associated herself with several modeling agencies. Wilson is believed to be single currently.

She is one of the highly watched celebs. She has won millions of hearts from her attractive look and glamorous personality. She has a good height of 5 feet and 7 inches. She has body measurements of 39-27-39.

Torrie Wilson was born on July 24, 1975. Torrie Wilson holds an American nationality and her ethnicity is Caucasian white. Her horoscope is Leo. She was born to her father AI Wilson but has never talked about her mother and siblings.

She was born and raised in her birthplace. She grew up in a middle-class family. She showed her interest in modeling during high school. She was undergoing anorexia nervosa and bulimia in her teenage. Later, she recovered from the proper medication.

In 1998, she also managed to win the Miss Galaxy Competition. She completed her education at Boise State University. In 1999, she moved to Los Angeles to pursue her career in acting but she ended with Wrestling.

Torrie Wilson started her wrestling career with World Championship Wrestling (WCW). She wrestled from 1999 to 2001. Later in 2001, she was picked by the WWE. She made her appearances in the World Wrestling Federation (WWF) television as becoming a part of The Invasion.

Wilson was released by WWE in 2008 but also made some guest appearances until 2018. She reportedly is to be announced for the WWE Hall of Fame’s Class of 2019.