Tony Alford is an American football coach and a former running back for a college football team, the Colorado State Rams, and an NFL club, Denver Broncos. He is currently the assistant head coach and the running backs for offense at Ohio State University. His career as an assistant coach has spanned over 27 years.

After graduating from Doherty High School (Colorado Springs), Alford went on to play for Colorado State. During his spell at the Colorado State Rams (1987 - 1990), he was a 1000 yard rusher and was a Doak Walker Award nominee. As a junior, he ran 1035 yards and was named the first-team all-Western Athletic Conference and an honorable All America team. 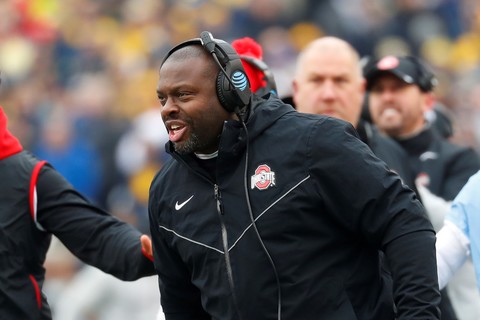 After college, he was on the preseason squad for the Denver Broncos and the WLAF's Birmingham Fire.

Several top coaches have seen Alford achieving success (as a mentor) under their tutelage. He has worked as an assistant coach under the guidance of Dan McCarney, Steve Kragthorpe, Rick Neuheisel, Charlie Weis, Brian Kelly, and Urban Meyer. He has also guided several A-list players including Ezekiel Elliott, Mike Weber, Michael Floyd, and Victor Anderson. He was included in Top 25 recruiter (2015) by various analysts and was also a finalist for 247 Sports' 2011 National Recruiter of the Year.

Tony Alford Net Worth and Salary

In March 2020, ABC 6 reported assistants at the Ohio State University were going to make just under $8 million (all paychecks combined) for the then-upcoming season. This was then an increase of nearly $800,000 from the previous season. The breakdown of the coaches' salaries revealed Tony Alford was making around $600,000 from 2019 to 2020. 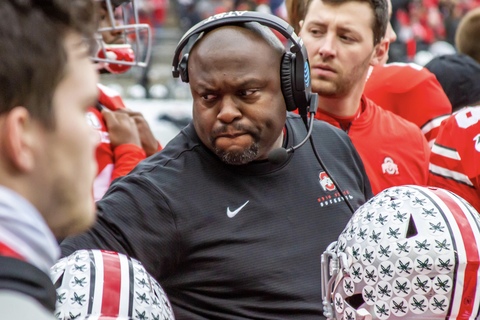 The same month, USA Today, stated four assistant coaches from the very university were going to receive at least $1million. While Alford didn't make the list at the time, he could be already taking home the seven figures - in the light of bonuses and other incentives the coaches are generally known to receive. For the 5 years he's spent in Ohio, his net worth must be in the domain of $3-5million.

Tony Alford's Wife; Who Is He Married To?

Alford is married to a woman named, Trina with whom he has three sons, Rylan, Kyler, and Braydon. Alford and Trina are believed to have married sometime in 1995. At the beginning of their marriage, they used to live in an apartment that was hooked to an all-boys dorm. 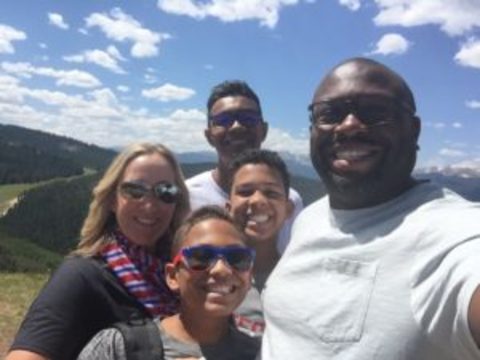 In an interview with Record Courier (2015), Alford said it, nonetheless, was a great experience for him. Other than these not much about his love life with Trina has surfaced on the internet. Alford has made very few appearances with his wife nor he seems very expressive about his personal life.