Thomas Hawley Tuberville, a.k.a. Tommy Tuberville, is an American former football coach, player, and the 2020 Republican U.S. Senate nominee from Alabama. He was recently elected to the United States Senate in Alabama in November 2020, defeating Doug Jones. Since 2021, he has been serving as a junior United States senator from Alabama,

How Much Is Tommy Tuberville's Net Worth? Know His Salary History

With forty years of an American football coach career, Tommy Tuberville has summoned a tremendous sum of money. As of 2022, his net worth of $10 million. He earned $23.1 million from coaching from 2006 to 2016 and received a $5.1 million buyout when he left Auburn.

Presently, he is nominated for the Republican U.S Senate from Alabama. He won the Republican nomination on July 14, defeating former Senator and Attorney general Jeff Sessions. According to the source, the Senate has an annual salary of $174,000.

On December 19, 1976, Tuberville tied the knot with Vicki Lynn Harris. Harris is from Camden, Arkansas and graduated from Harmony Grove High School. Later, the two parted ways and divorced. 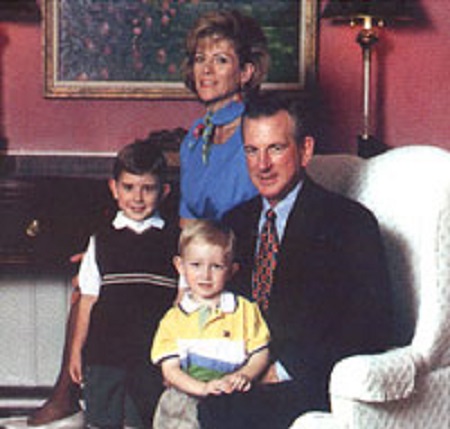 In 1989, he met his second future wife, Suzanne Fette, at the Sugar Bowl in New Orleans. Soon the couple started dating and eventually exchanged marital vows in 1991. The couple shares two children, Tucker, a former student-athlete at Auburn University, who works as an investment banker in New York. Their second child, Troy, is currently a student at Auburn University, working on his business technology degree.

Tuberville is one of three children born to Charles and Olive Tuberville. In 1972, he graduated from Harmony Grove High School. Further, Tuberville enrolled at Southern Arkansas University, where Thomas played football as a safety for the Muleriders and for two years on the golf team. In 1976, he earned a B.S. in physical education.

Tuberville started his career as an assistant coach at Hermitage High School. In 1980, he joined Arkansas State and served there until 1984. Then, he had a stint at Miami (FL), Texas A&M, and Ole Miss.

In 1999, he joined Auburn. Tuberville received the 2004 Walter Camp and Bear Bryant Coach of the Year awards after Auburn's 13–0 season. Auburn won the Southeastern Conference title and the Sugar Bowl but was left out of the BCS National Championship Game. He earned his 100th career win on October 6, 2007, a 35–7 victory over Vanderbilt. He is the only coach in Auburn football history to beat in-state rival Alabama six consecutive times.

In 2015, Tuberville was the president of the American Football Coaches Association. In 2017, he worked for ESPN as a color analyst for their college football coverage.