Tommy Milone is an American professional baseball player who currently plays as a Pitcher for the Seattle Mariners of Major League Baseball (MLB). Additionally, he was initially selected by the Washington Nationals in the 2008 Major League Baseball Draft as the 10th round pick. Moreover, he made his MLB debut on September 3, 2011, playing for the Washington Nationals.

Born on February 16, 1987, in Saugus, California, Tommy attended Saugus High School where he began his baseball career. As per Tommy's birth, he is an American native and belongs to the ethnic group of white.

Tommy, who played in the MLB for nine seasons, holds a net worth over $5 million. Additionally, he has collected $11,476,488 as career earnings and earns $555,000 as an annual average salary. Besides, he is enjoying a blissful marital life with his wife, Tina Milone.

Net Worth Over $5 million

The famous baseball player, Tommy, has an estimated net worth over $5 million. Also, he has accumulated $11,476,488 as career earnings. He signed a contract with Seattle Mariners for one year worth $555,00 which includes $555,000 as a guaranteed amount. Furthermore, he earns $555,000 as an annual average salary form his team Mariners.

Some of Milone's career contract and earnings are tabulated below:

Tommy stands in the #48 position among the best-paid player of Seattle Mariners while Felix Hernandez and Kyle Seager are the top-2 best-paid player with an annual salary of $27,857,142 and $19,500,000 respectively.

Milone is enjoying a happy marital relationship with his wife, Tina Milone. The couple dated for long before they finally decided to walk down the aisle on November 17, 2013. Moreover, the couple has been together since their high school days.

On June 8, 2019, Tommy's wife revealed the fact that they have been together for 13 years via her Instagram account. 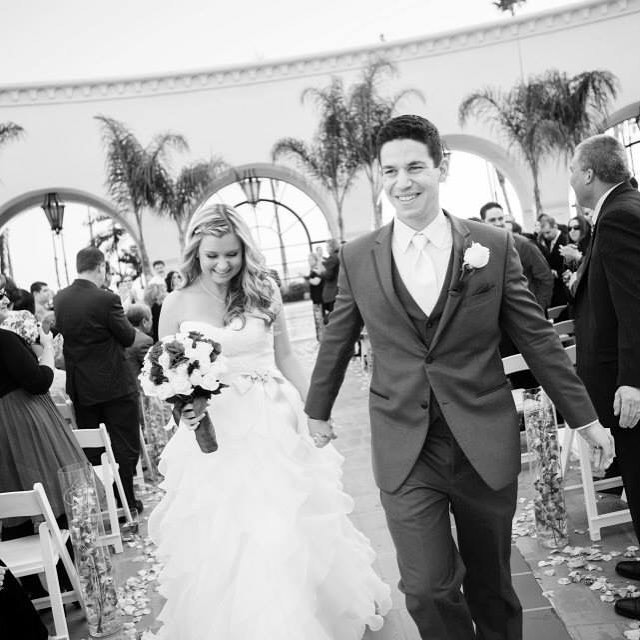 Tommy Milone and his wife on their wedding day SOURCE: Instagram @tinypotpie

She posted a picture of them together of the 11th-grade prom and wished him 13 th year anniversary. She wrote:

"Well it’s that time of the year again... you know where I write sappy shit because 13 years ago today, the legend @tommymilone33, finallllllllllllly asked me out... on AOL instant messenger non the less but without you finally giving into me we wouldn’t have this wonderful little family, I can’t get enough of, today. So I know I said there would be sappy shit but let’s face it.... we both think each other are a pain in the asses and we still act like we are 18, but the love is still there, and that makes my heart happy. 13 freaking years together holy moly love you @tommymilone33." 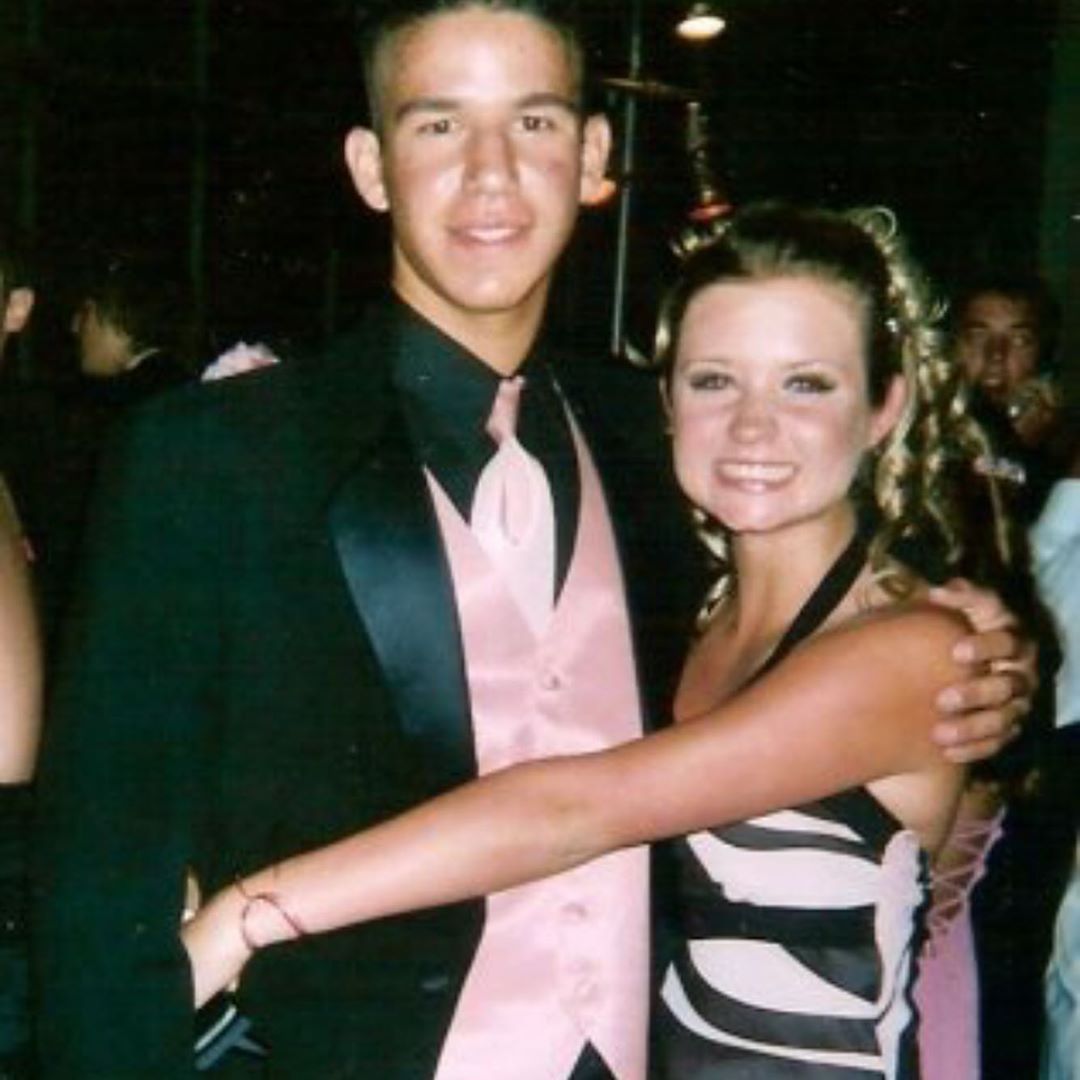 Tommy Milone and his wife during their high school days
SOURCE: Instagram @tinypotpie

Tina is pretty supportive wife as she never hesitates to defend her husband irrespective to the situations. Additionally, Tina was the first one to shut down the allegation when Fox Sports writer Ken Rosenthal reported that Tommy wants to leave his then club forcefully, violating the contract.

In defense, Tina tweeted on her account saying "Calm down peeps. My husband is an amazingly humble, grateful man."

The lovebirds are the proud parent of their two adorable daughters, Mia Jean Milone, and Maddie Milone. 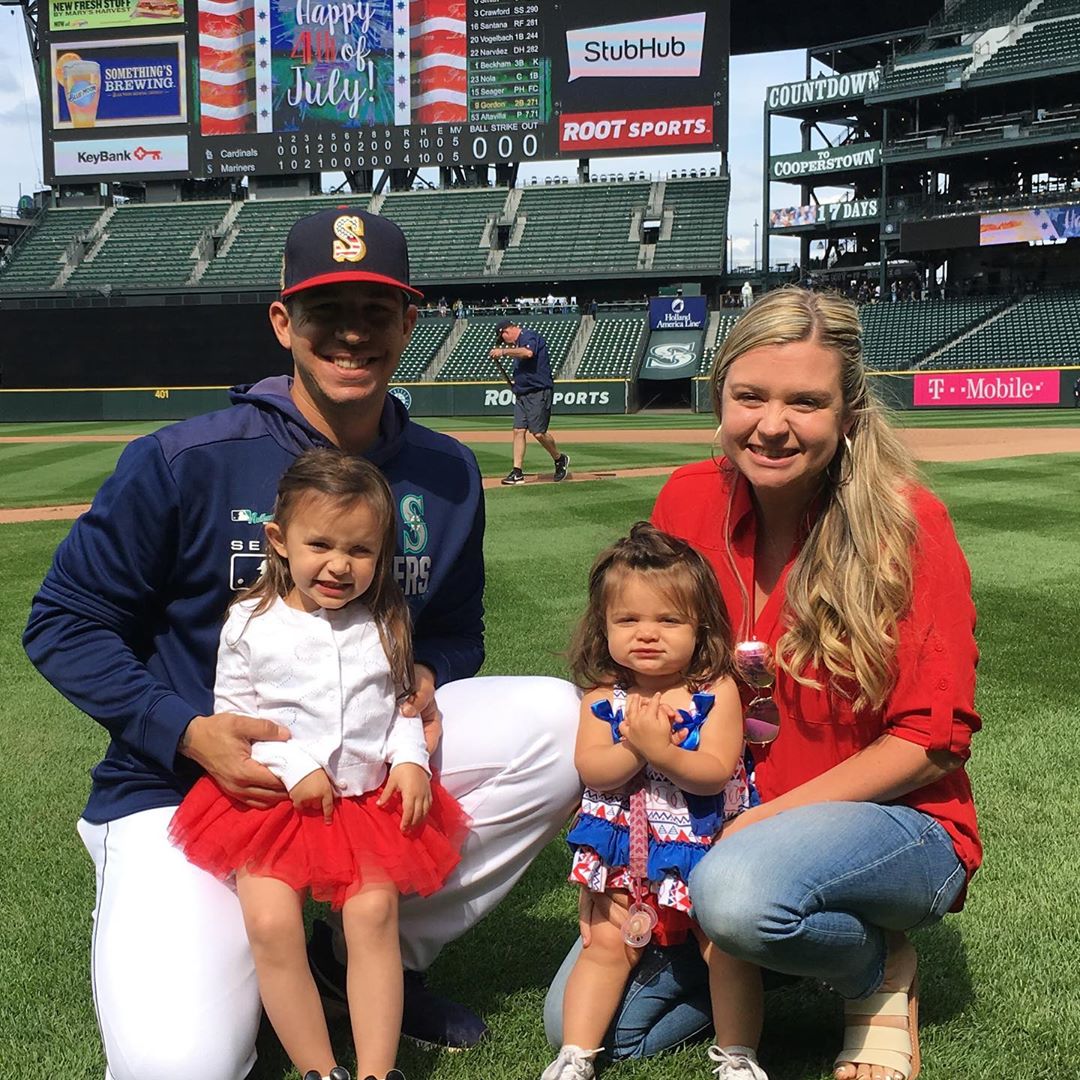 Their elder daughter, Mia was born on July 15, 2016, and their younger daughter Maddie was born on March 7, 2018. As of now, the family of 4 lives happily, and importantly, Tommy's wife and daughters never miss a chance to attend his game to cheer him up.

In his entire MLB career, he played for the teams like Washington Nationals, Oakland Athletics, Minnesota Twins, Milwaukee Brewers, and the New York Mets. Currently, he is sharing the field with some of the famous MLB players such as Tim Beckham, Dee Gordon, and many more.