A native of Windermere, Florida, Gordon was born on 22nd April 1988. His Star sign is Taurus. Further, he holds an American nationality and belongs to the Afro-American ethnicity.

The five feet nine inches tall hunk has a jaw-dropping net worth of $30 million and an annual salary of $13 million from his current team Seattle Mariners. Regarding his relationship status, the baseball player is possibly single and unmarried.

Dee Gordan has an estimated net worth over $30 million as of 2019, mostly earned through his MLB career. He is the 3rd best-paid player from Mariners' with an annual salary of $13 million after Felix Hernandez and Kyle Seager.

Active rooster in MLB since 2011, he has played for Los Angeles Dodgers and Miami Marlins. 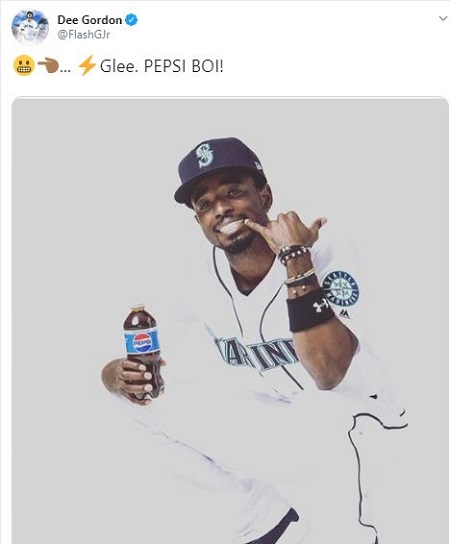 Besides, he has also endorsement deal with various renowned brands such as Pepsi and Under Armour.

With tremendous earnings, The 2× All-Star is living a lavish lifestyle.

A Home In Florida 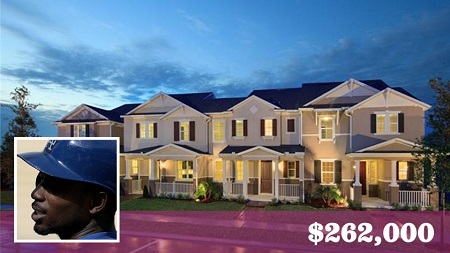 The two-story townhouse features three-bedroom, raised ceilings, a living room, a dining room, a den and a loft area in about 2,200 square feet of living space.

As per riding, he has Rover Sport Supercharged which price starts from $86,500.

The MLB star is involved with various charities including Above .500 Inc. In the organization, he hosted Meet & Greets as well as participated in numerous charity games. Not only this, but he has also established "Flash of Hope," a charity which aids children whose parent died due to domestic abuse. 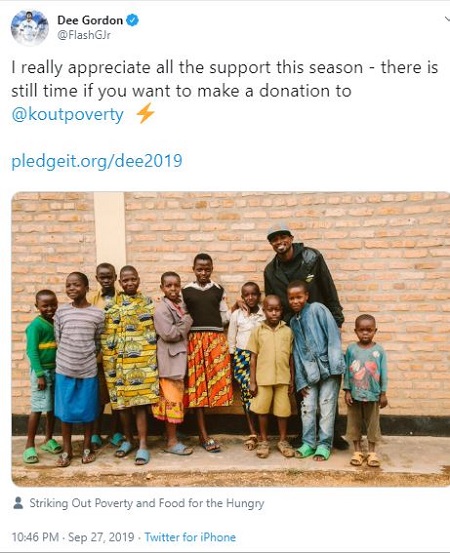 Moreover, he works with the Florida District Attorney's office. There he invites one child a month to join him in the clubhouse and during batting practice,

In 2017, Gordon got nominated side Marlin for the Roberto Clemente Award following his service with Athletes Brand and Food for the Hungry in their efforts to end poverty in the Dominican Republic.

Let's not misunderstand his sister for Dee Gordon’s girlfriend. His sister Cameran Gordon is special to him, whom he frequently refers to her as his princess because they are close siblings. 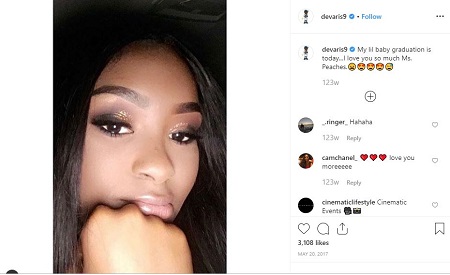 Currently, she enrolls at Florida State University and will graduate in 2021. In 2017, Gordon gifted her sister Rose Gold G-Wagon worth $130,000 on her birthday.

Besides, there is no news and rumors out in the market about Gordan affair and girlfriend. The hunk seems to be low key when it comes to his romantic life. Hence, he is believed to be possibly single and unmarried at the moment.

Seattle Mariners' second baseman, shortstop, and center fielder was born to former Major League pitcher Tom Gordon and his high-school sweethearts, Devona Denise Strange. Their parents did not marry; instead, his father had relationships with three other women. Dee is his second-oldest and has other four-half siblings from his father side.

At the age of seven, Dee's mother Devona was shot to death by a subsequent boyfriend, who claimed that she was shot as they played with a loaded gun in 1995. Schultz pleaded no contest to manslaughter and was sentenced to five years in prison. 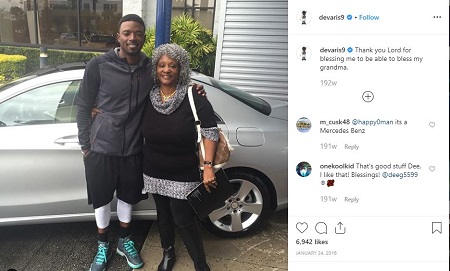 Later, Tom claimed for custody of Dee and raised him with the help of his mother, Dee's grandmother. Scrolling through his Instagram, he often shares pictures with his grandma.

Currently, Dee's half-brother, Nick Gordon, plays as baseball shortstop in the Minnesota Twins organization where he was picked in the first round of the 2014 Major League Baseball Draft.

Initially, Gordon was into basketball. Also, he was offered to play college basketball for the Louisville Cardinals on a scholarship.

He took up baseball during his high school years at Avon Park High School. Later, he played for Seminole Community College, and Southeastern University.

At the 2008 MLB draft, he was picked by the Los Angeles Dodgers in the fourth round.

According to Baseball America, Gordon was the Dodgers' best prospect at the start of 2011, but following an injury to shortstop Rafael Furcal, the Dodgers purchased Gordon's contract. That same year on 6th June, he made his major league debut in the top of the ninth as a pinch-runner against the Philadelphia Phillies.

He played four seasons with Dodgers and was traded to the Miami Marlins, alongside Miguel Rojas and Dan Haren, in exchange for Andrew Heaney, Chris Hatcher, Austin Barnes, and Enrique Hernández.

On April 29, 2016, Gordon was suspended by MLB for 80 games after testing positive for exogenous testosterone and clostebol.