The famous baseball player, Seager has a net worth of more than $50 million whereas his annual salary is around $19 million. Who is his wife? How many children does he have?

Kyle Seager Salary and Net Worth

Kyle is among the highest earners of the Seattle Mariners of recent times as his annual salary is impressive. He earns a yearly salary of around $19 million, which is less than his teammate Felix Hernandez whose annual salary is around $27 million. As of 2019, Seager's net worth is estimated to be around $50 million.

Kyle's salary was massive around his past five seasons as he received more than $5 million. Furthermore, he might become the highest earners of the team as he is in his career peak now.

Like his net worth, he also has a huge list of properties which included expensive houses and cars. In 2014, Kyle bought a luxurious house worth $4 million located in North Carolina.

The house covers the area of 5000 sq. ft, and consists of five bedrooms. In addition to this, he sold his $2.55 million Lake Washington house in 2018.

Who is Kyle Seager's Wife?

Kyle Seager and his girlfriend Julie Bentley got married on December 10, 2011, in a lavish wedding ceremony. Seager's family and friends attended the wedding, and the decoration was awesome, as mentioned by some wedding registry sites. 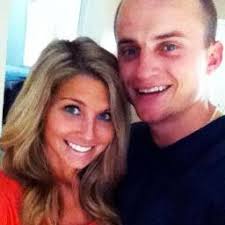 Kyle dated his wife Julie for a long time before they tied the knot with each other. As they both belong from North Carolina because of which they have a deep love between them. Julie is also involved in many charity events, and social works, and Kyle always supported his wife.

Well, the lovely couple is also parents to their three children which includes two daughters and a son. They welcomed their first daughter in 2011, a son named Crue Seager in 2013, and the third child in 2018.

Kyle was born in Charlotte, North Carolina, the United States, on  November 3, 1987. He has American nationality while his ethnicity is white. Seager played high school baseball for the  Northwest Cabarrus High School which is located in Concord, North Carolina. Moreover, he played for the University of North Carolina's baseball team.

Kyle was interested in baseball since his childhood and was a fan of the New York Yankees. His childhood idol player was Derek Jeter.

Kyle was born to parents Jeff and Jody Seager, and he is among the three sons of them. Seager is the eldest one, and his other brothers are Justin and Corey. Both of his brothers are playing professional baseball in major league baseball. Kyle's family supported him to make baseball his career.

He played almost two seasons in the minor leagues during his career beginning. Seager made his LB debut against Tampa Bay Rays in 2011 while his first grand slam was against White Sox.

Like other professional baseball players, Kyle Seager is also injured much time while playing. His injuries were not so severe. During his 2019 season, he got injured while attempting a diving play on a ball. After the injury, he had to undergo a hand surgery due to which he missed almost ten weeks of game time.

Well, there is a lot more to know about a major league baseball player, if you are curious just open the link Playerswiki.