If you are a fan of FOX News then, Tomi Lahren must not be a new name. Tomi is a well-known American conservative political commentator and also a former television host. Lauren previously hosted a show on Tomi on The Blaze. She currently hosts a talk show on Fox Nation, No Interruption.

Tomi Lahren was born Tomi Rae Augustus Lahren on August 11, 1992, in Rapid Citty, South Dakota. She is the only child born to Trudy Lahren and her husband, Kevin Lahren. Tomi rose to fame only after her successful career and has not uttered a single word about her parents. As per sources, Her mother worked as a bank loan administrator and a legal secretary at Lynn, Jackson, Schultz & Lebrun. She is of German and Norwegian descent. After graduating from Central High School, Tomi enrolled at the University of Nevada for a B.A. in broadcast journalism and political science.

Tomi Lahren has an estimated net worth of more than $500,000. Lahren has earned much of her net worth from her career as a show host in numerous news channels. Tomi likes to keep her economic life away from the public. 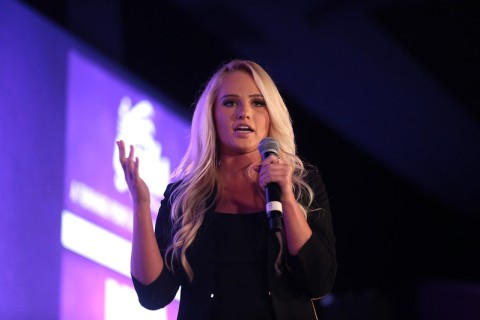 Lahren is currently working in the FOX News and has an average salary of $60,000 for her FOX News contributor duties. Tomi is very much early in her career. She shall be earning millions in the days to come.

Who is Tomi Lahren Dating? Know About Her Boyfriend and her Relationship Status

Lahren's relationship status remains a mystery to most of the public to date. Lahren was reportedly spotted on a date with a former NFL quarterback, Jay Cutler. However, They are yet to confirm their relationship status. Jay recently broke up with his longtime fiance, Kristin Cavallari so, there could be some chemistry going between them. 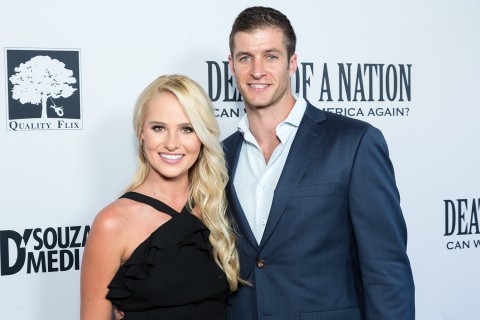 Tomi was also engaged to her longtime boyfriend, Brandon Fricke for almost a year. The 28-year-old conservative pundit and Fricke split in April 2020. The love birds have been engaged in June 2019.  Lahren announced her engagement to Fricke back in June 2019, sharing a photo of her sparkler on Instagram in a smiling selfie. Lahren later shared several romantic photos of the pair smiling outside on what appeared to be a bridge.

To everyone's surprise, Tomi called off her engagement to fiancé Brandon Fricke. The reason for their separation is still not shared with the media.

After graduating from University, Tomi started working with OANN in 2014. She worked with the team for more than a year and then moved to Texas and began a new show with The Blaze in November 2015. Lahren came to the limelight in 2017 after she shared some comments on the government restrictions on abortion. Her boss had some discomfort and asked her to leave the company.

Lahren joined Great America Alliance and started working as a facilitator for the communications department. Shortly after that, She also joined Fox News as a contributor. She is recognized as one of the upcoming political commentators. Tomi is a regular guest at Fox News shows and keeps sharing her conservative ideas.