Timm Klose is a Swiss professional football player who plays as a center back for the Switzerland national team. Swiss center-back is popularly known for his contribution in Basel, FC Thun, 1. FC Nurnberg, Vlf Wolfsburg, and Norwich city. Klose is one of the players who has participated in the 2011 UEFA European Under-21 Championships reaching the final and representing Switzerland in the 2021 Olympics.

Klose was born on the 9th May 1988 in the beautiful town of Frankfurt, West Germany, where he grew up with his parents. Swiss football player's father Norbert is a German, and his mother Daniela is of Swiss nationality. Klose's mother, Daniela, runs a boutique in her hometown.

Klose was raised in Switzerland from five, although he was born in Germany. The Swiss footballer was passionate about football from a young age, and he started his youth career with the BSC Old Boys and moved to FC Basel for the 2003-2004 season, where he played 47 games with 3 goals.

Later, Klose had to wait for an extension in the Basel team, so he moved to FC Thun, winning the 2009-10 Swiss Challenge League. After successful results in FC Thun, the Swiss center-back signed a three-year deal of €400,000 with FC Nurnberg, where he made 13 league appearances.

Swiss center-back signed a four-year contract with VfL Wolfsburg in 2013, where he made 9 appearances defeating Borussia Dortmund for the first time in one of the games in the leagues.

Klose made his Premier League debut on 2nd February 2016, where he had signed a three-and-a-half-year contract with Norwich City. During his seasons in Norwich, he led the team to EFL Championships. In 2019 the Swiss center-back had a posterior cruciate ligament injury which affected the team's performance, and was eliminated from the EFL Cup.

Klose signed a loan contract with Basel in 2020 where the team's performance did not meet the expectation they made. Basel had the worst season in the 2020-21 Swiss Cup, where they have lost to the Lower tier teams.

The Swiss center-back addition to the team was not a lucky one as he had not been able to perform as the team expected, and his contract with the Basel ended in 2021 on 30th June, leading him back to Norwich City.

Klose is on the list of that players who played at the 2011 UEFA European Under-21 Championship where Switzerland reached to final and is also known for his contribution in the 2012 Olympics for the country.

The Swiss center-back made his international debut for Switzerland on 10th August 2011, where the team won the match. As for the Euro 2012 qualifier, the team lost Wales 2-0. Klose had contributed to the nation in the 2014 World Cup qualification.

The Swiss center-back stands 6 feet and 4 inches tall and weighs over 87 Kg. Flaherty has short brown hair with brown eyes and lying in the Taurus Zodiac family.

Timm Klose's Net worth and Salary

Swiss center-back is one of the successful and most admired players of his time. Klose had a fruitful journey behind him. He played for renowned teams like Vfl Wolfsburg, Norwich City, Basel. He might have collected some good fortunes to date.

In the 2011 season, Klose signed a three-year for around  €400,000 with the FC Nurnberg. The contract deal with other clubs like VfL Wolfsburg, Norwich City, and Basel has not been disclosed yet. 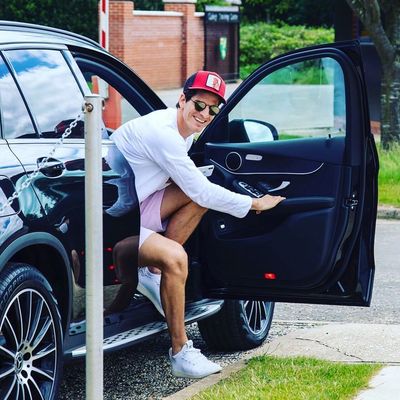 Klose earns £20,000 per week playing for the Norwich City F.C. as a center-back and earns £1,040,000 per year. The player had a great year back then. During his time in Switzerland, the national team's player earns $26,350 per month, boosting his net worth to the next level.

Klose lives a lavish lifestyle, and his net worth has been significantly increasing, judging from his past years. The Swiss center-back has an estimated networth of $5-$10 million approximately, and there is more to come for this brilliant player. Klose has often been seen doing charity works and fundraising activities. The Swiss center-back has an e-commerce website under his name http://www.timmklose.com/shop/.

Who is Timm Klose's Wife? (Affairs and Relationships)

Aside from Klose's professional life as a football player. The Swiss's center-back has married his long-time girlfriend Fabienne Klose, who has been his prime supporter for a long time. As of now, the date they got married has not been public.

It's a mystery as Klose has not put a picture of himself and his wife Fabienne Klose on Instagram as they have been married for a long time to date. The couple is often seen hanging out at beaches and different places. 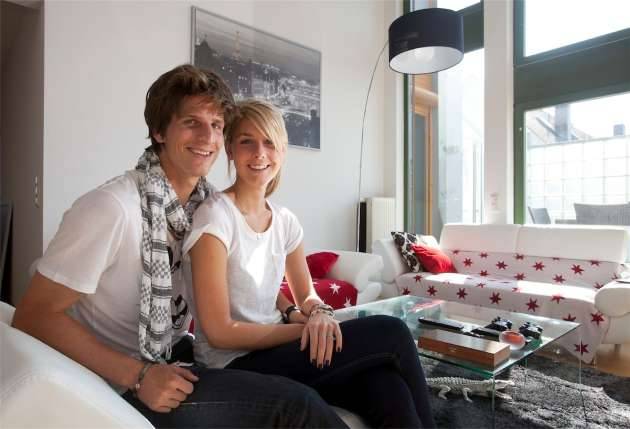 Klose has zipped his mouth regarding relationships, but he is a married man and a family man. He has always been making his time for his family, including his lovely mother and father. There is not much information, including his children, and he has long years to go for him.