Tierna Davidson is famous as an American soccer player. Currently, she plays as a Defender for the Chicago Red Stars and as well as for the United States women's national team. She was first drafted by Chicago Red Stars in the 2019 NWSL College Draft as a first overall pick.

Tierna played college football for  Stanford and won the 2017 NCAA Division I Women's Soccer Tournament with the college team. Moreover, she was also honored with the U.S. Soccer Young Female Player of the Year in 2018. With a successful debut in her career, she is expected to earn a decent salary, however, the exact information is yet to be found in the media. If you are interested to know more about Tiernan's bio, including net worth, personal life, relationship, and professional career, read the article till the end.

Is Tierna Davidson in Relationship? Know about her Personal Life

Reportedly, Tierna in not married and enjoying the single life. Also, she is too young to be involved in relationships and affairs. Well, being a celebrity, it's pretty hard for her fans and followers to accept her current relationship status and most of them assume her to be in a secret relationship with her probable boyfriend.

Moreover, she has a good relationship with her friends and family and exploring her social account, she often posts a picture along with her friends, enjoying and vacationing together.

Also, the famous athlete is pretty famous in social media with an enormous number of followers. Additionally, she can be found with the user name "tierna_davidson" on Instagram, having almost 28 thousand followers.

Tierna Davidson Earnings; How much is her Net Worth?

Until now the details about her net worth and salary is not available. However, she is believed to have earned a decent salary and net worth from her professional career. Reportedly, the players playing in NWSL is expected to earn between $16,538-$ 46,200 and the salary is solely depended upon the players' ability, skills, and achievements.

Moreover, she also earns an additional amount of money from different endorsements and sponsorship. However, the details about the brands with who she is associated with are not in the media yet. Well, she is yet to establish herself as one of the prominent players similar to Allie Long and until then we don't have any option than waiting to know details about her salary and net worth. 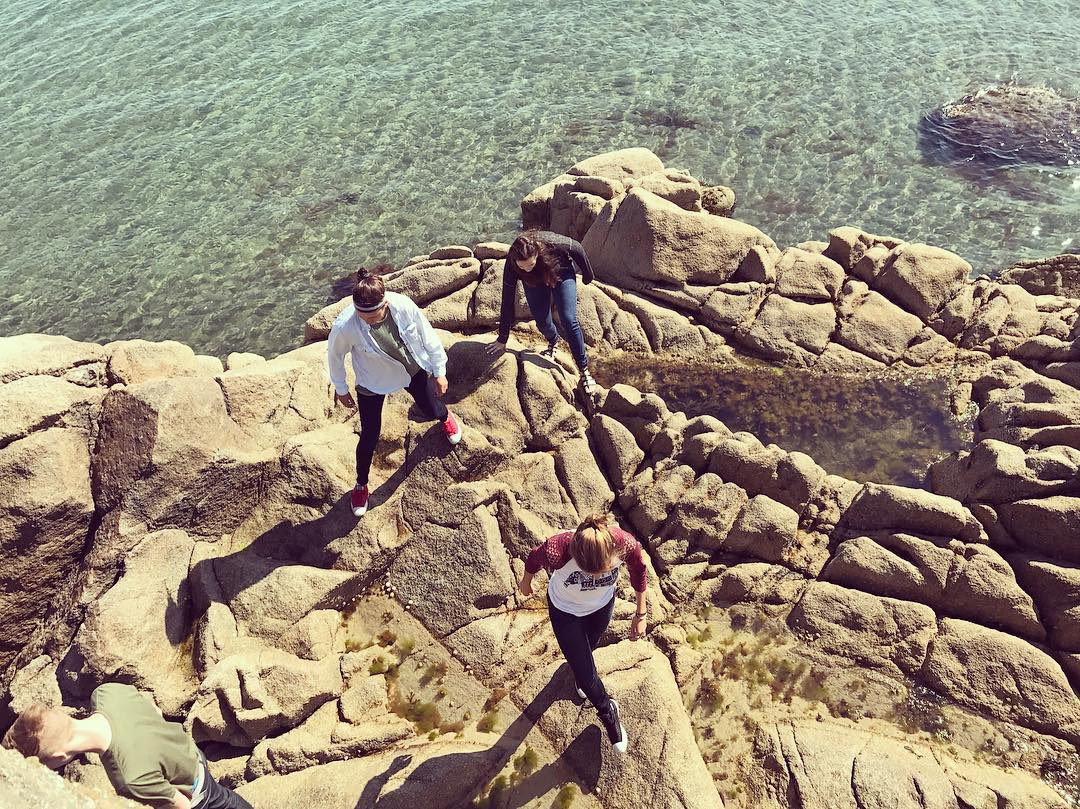 Tierna Davidson enjoying a vacation with her friends in Ireland SOURCE: Instagram

Further, exploring her social account she is spotted in some of the exotic places, vacationing and spending her free time which suggests that she has collected a decent fortune from her professional career.

Tierna was born on September 19, 1998, in Menlo Park, California, United States. Further, the details about her parents and siblings are not in the media yet. She is American by birth and belongs to the white ethnic group. Additionally, she was born under the star sign Virgo.

Currently, Tierna is playing for the Chicago Red Stars of National Women's Soccer League. Additionally, she also represents the national team of the United States, playing as a defender.

Prior to her professional career, she played at the college level, representing Stanford University. Additionally, she was first drafted by Chicago Red Stars in the 2019 NWSL College Draft as an overall first round pick.

Currently, she is included in the US national team squad, playing in 2019 Fifa World Cup along with her star teammates such as Emily Sonnett, Lindsey Horan and many more.