Thulani Serero is a well-known South African professional soccer player. He is currently playing in the UAE Pro League for Al Jazira Club. Thulani turned professional in 2008 and made his debut with Ajax Cape Town in South African Football League. Serero plays as a Midfielder for his club and country.

Thulani Serero was born Thulani Caleb Serero on April 11, 1990, in Soweta, South Africa. He did not come from a reputed family and shared much about his early life and parents. Talking about his physical appearance, Serero stands five feet and eight inches tall and weighs 70 kg.

Thulani Serero has an estimated net worth of more than $2 Million. The player has earned most of his net worth through his football career. He is considered one of the most successful players from South Africa. Serero played six seasons with Ajax in the Dutch professional football league. 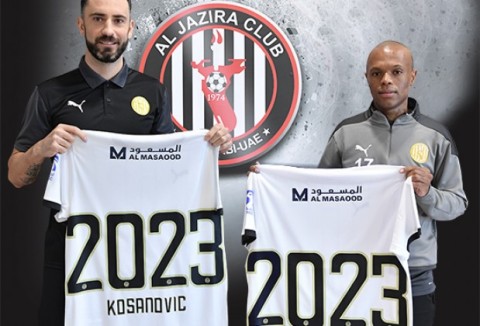 Thulani signed a contract until 2023 with Al-Jazira SOURCE: Goal

Serero has an annual salary of more than $1.5 Million while playing for Al-Jazira in the Abu Dhabi League. He is among the highest-earning player currently playing in the league. Serero earned close to $3 Million while playing with Ajax. Thulani must be living a lavish lifestyle through his successful career.

Thulani has successfully kept his personal life away from the spotlight. There is no single word about his love life and relationship status in public. He is not found dating anyone openly. Serero could be single, dating, or even married. Looking at his age, Thulani must be a married man living a happy married life. Unlike other players, The Soccer player does not show much presence on social media.

Serero was named the Player of the Season in the 2010 season and AFC Ajax signed him for €2.5 million. The player had several trials before signing a four-year contract with the club. Thulani played in the league along with Christian Eriksen for the 2012 season. Serero scored a goal against FC Barcelona at the UEFA Champions League game. In 2015, He was rumored to move to AC Milan but Serero played with the club until 2017 and then moved to Vitesse for three seasons. In 2019, Serero moved to Al- Jazira and signed until 2023.

Thulani has represented South Africa in numerous divisions. He made his debut in 2006 with the U17 team. In 2008, Serero was named for the U20 team and appeared in fourteen games. In 2011, Thulani made his senior team debut and has been part of the team playing in forty-one games.