Thabiso Kutumela is a professional South African football player who currently plays for the South Africa national team and Mamelodi Sundowns; Sundowns is a South Africa-based football club that plays in Premier Soccer League. Before Mamelodi, he played from Maritzburg United.

In the 2016 Summer Olympics, Kutumela represented South Africa in a soccer competition. He wears jersey number 32 for his team. His prominent position is Centre-Forward He can also play from the right-wing position. He started his career as a football player from club Baroka.

Who is Thabiso Kutumela? How tall is he?

Thabiso Simon Kutumela, professionally known as Thabiso Kutumela, was born on July 2, 1993, in Mokopane, South Africa. Kutumela has not revealed his early life, education, and his parent's information. His family background information is still a mystery. Kutumela's physics is good, and he weighs 68 kg, and his height is 5 feet 9 inches. His eyes are black, so his is hair. According to astrologers, his zodiac sign is Cancer.

Kutumela makes a good amount of money by playing football. His primary source of income is football. On average, Mamelodi Sundown pays South African Rand R250 000 for their players. According to soccer top ten, he earns Rand R350, 000 per month. 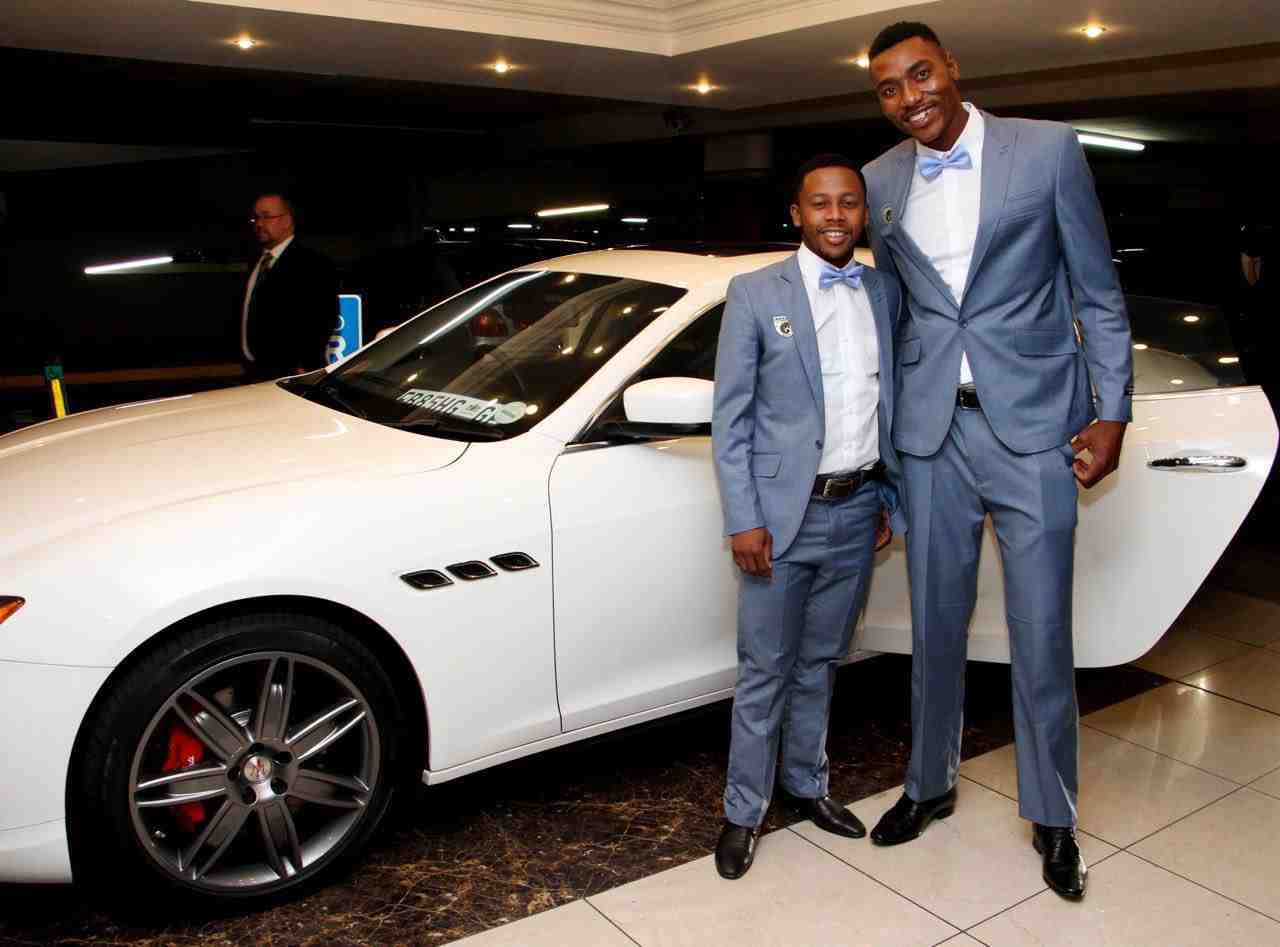 Thabiso with his car SOURCE: https://twitter.com/

His current market value is 575 Th Euro, the last update on January 15, 2021. This is his highest market value since he started to play football. His net worth is around $2M. He also makes a good amount of money by doing advertisements. His contract ends with Sundowns on June 30, 2026.

Also, read the net worth, relationship status of Lebo Mothiba

Sundowns forwarder started his football career in 2014, playing for the Baroka club. He made 77 appearances for that club. After his contract expired with Baroka, he joined Orlando Pirates for two years. 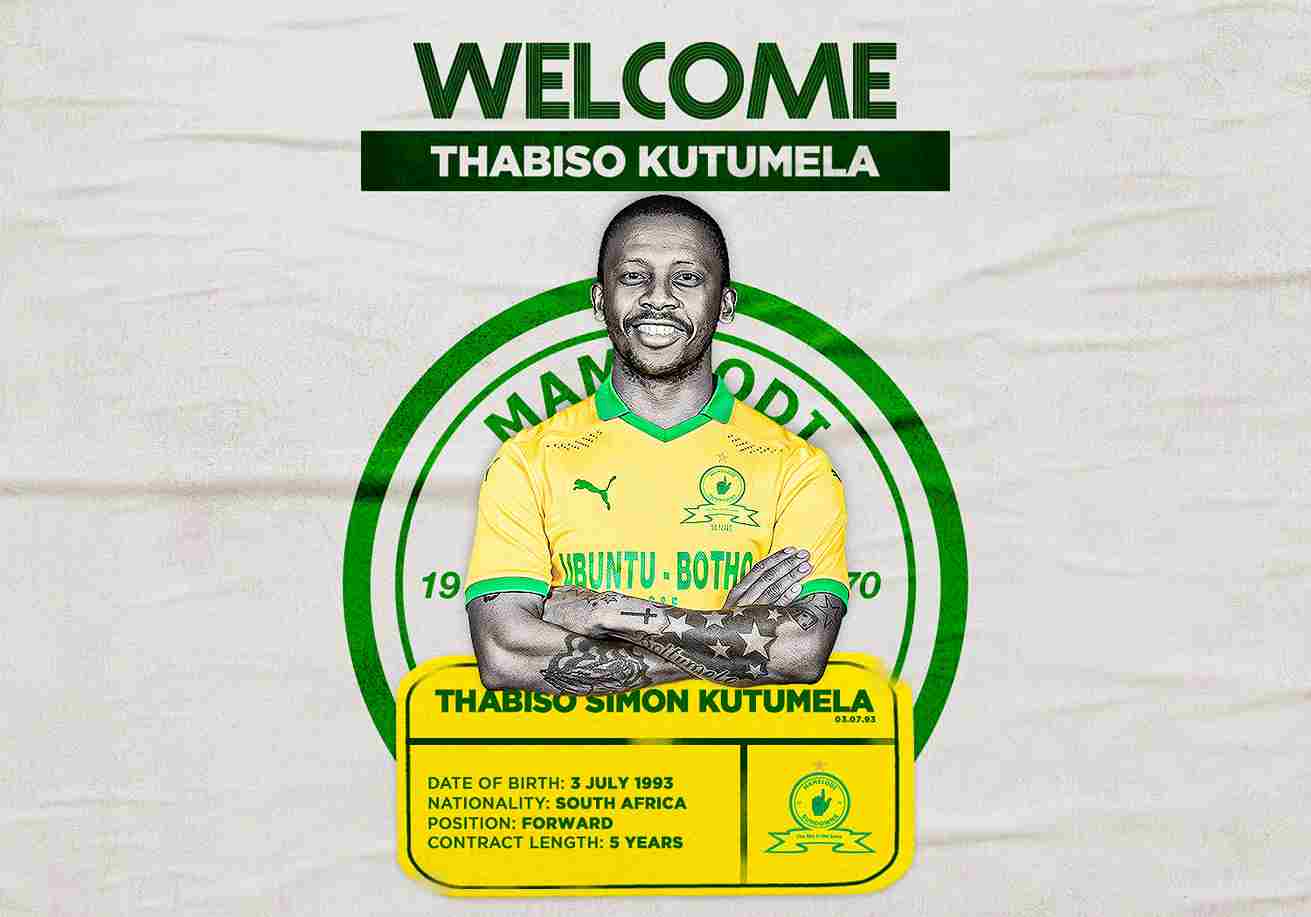 In 2019, he moved to Maritzburg United for three years contract, and he made 61 appearances for that club. In August 2021, he signed five years contract with Mamelodi Sundowns, which expires on June 30, 2026.

For his national team, he made his debut in 2016 and also played the Olympics game for South Africa.

Thabiso Kutumela is a very much closed and selective person. He does not like to reveal his personal life in public. He even does not have an Instagram account. His love life is like a mystery. 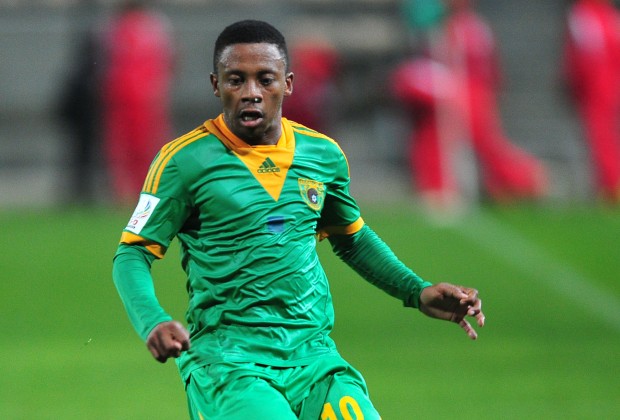 He is not seen with any girls in public till now. Even any media is not successful in flashing his private life. So, as of 2022, he might be single or waiting for a suitable time to flash out in a relationship.

Thabiso Kutumela has a page on his Facebook. His Facebook page has been liked by 11k people as of 2022.

He also uses Twitter and he is followed by 645 people now. He is the most searched south African soccer player on the internet.