Philippines native of African descent, Telli Swift is famous for her apperance in WAGS Atlanta, where she appeared alongside her fiance, Deontay Wilder. A former XXotic Angels model, she was a nurse at the Beverly Hills Plastic Surgeons' recovery unit.

The reality star was born on 24th January 1987 under the star sign Aquarius. Not to mention, she rose to fame following her romantic affair with heavyweight boxing champion Deontay Wilder, with whom she shares a daughter.

In the year 2015 at Los Angeles airport, Telli Swift and Deontay Wilder met for the first time. Shortly after, the boxer messaged his future partner on Instagram.

She recalls, “We saw each other from a distance at check-in, then again at TSA, then he finally spoke to me while we were both going to our gates. we got in touch with each other two weeks before my family reunion, which so happens to be in Alabama where Deontay is from. The rest is history.” 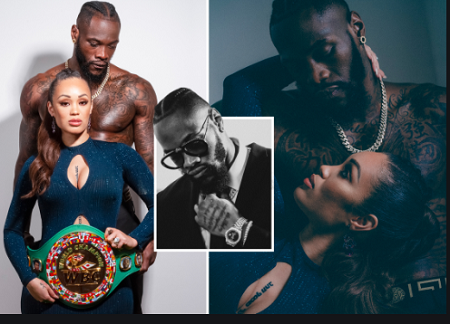 The couple began dating though Deontay was still married to Jessica Scales. Later, the boxer and Jessica divorced in 2017.

Shown on WAGS Atlanta, Wilder produced an engagement ring with a huge rock and asked his girlfriend to marry him, saying "I love the girl, though. She got my heart. That's my baby, that's my best friend."

The lovebird is yet to announce their wedding plans.

In 2018, Swift and her partner came out with pregnancy news and held a party to reveal the sex.

Swift states, "I swear having a newborn is like falling in love all over again! The feeling is beyond what words can express!!

Telli has a son, Kerron, born in 2007, whom she shared with her ex-husband. Besides, she has not disclosed any information about her ex-partner and marriage. 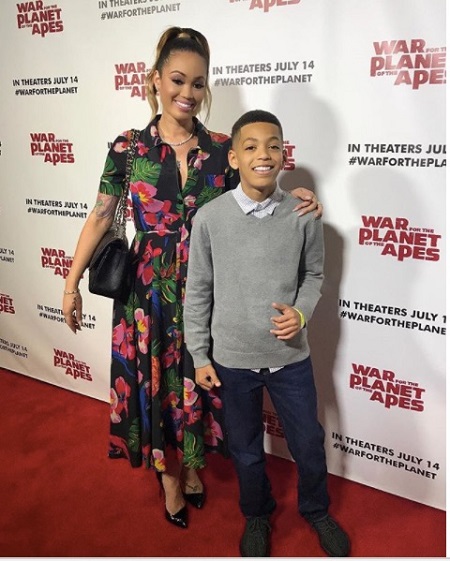 Her fiance, Deontay Wilder, on the other hand, was previously married to Jessica Scales with whom he shared three children: Deontay Wilder Jr., Dereon Wilder, and Ava Wilder. Further, he has the oldest daughter, Naieya Wilder, born in 2005 with spina bifida, shared with ex-girlfriend Helen Duncan.

Born as Shuntel M. Swift to parents: Vivian Crawford and Reginald Swift, she was raised alongside her brother Reginald Jr. In Yokosuka, Japan, and later relocated to Los Angeles.

Her father was in the military while her mother and grandmother were both nurses.

As a child, she served as a military brat. From the tender age of three, she started modeling and was featured in magazines and beauty pageants.

A nurse turned model and entrepreneur, Tell Swift has amassed a decent sum through her career involvement. According to the source, the average annual pay for a Professional Fashion Model in the United States is $61,557 per annum.

In 2018, she launched her brand-new website, which serves as an online portal to feature Telli's new fitness and fashion lines.

She is a founder of Boxing Wags Association, Inc, which raise funds & deliver them into the hands of non-profits who support children, women, and families.

As of 2019, Swift's net worth is under review, but she shares a jaw-dropping net worth of $30 million.