Taylor McGregor is a field correspondent for the Chicago Cubs coverage on Marquee Network and a former sideline reporter for AT&T Sports Net. She previously worked as the field reporter for the Rockies' TV network. She is a Colorado native and also known for being the daughter of the late Keli Scott McGregor, a former professional NFL footballer and president of the Colorado Rockies who died on April 20, 2010.

The sportscaster was a 17-year-old junior at Golden High School when her father died. Her mother Lori McGregor was married to Keli for nearly 25 years. The tight end and Lori were high school sweethearts. Taylor has three siblings Jordan, Landri, and Logan.

McGregor played soccer during high school. She graduated from the University of Arkansas, where her father was an associate athletic director for four years. Her first professional job as a sports reporter was at KCWY News 13. 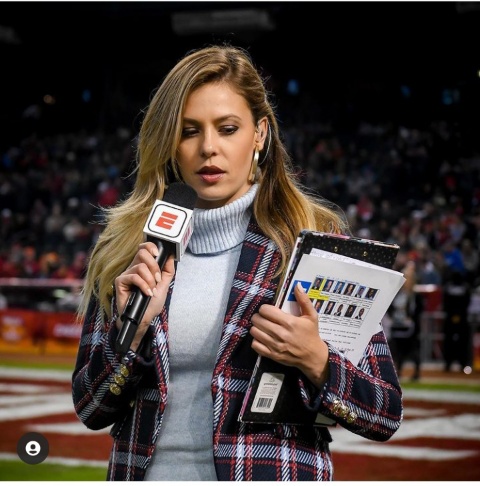 She also volunteered at the local hospital right after her college. She worked as a gofer at the Wyoming Medical Centre and later began making speaking appearances around Casper. After spending 20 months at the hospital, Taylor returned to Arkansas and got herself a gig as a sports anchor at TVH-11 in Little Rock.

Her resume also entails her work at ESPN during the 2019 season. In February 2020, she joined the Chicago Cubs' broadcasting team from the Colorado Rockies.

With as grandiose a sports league as MLB averaging millions of television viewers per year, it's quite agreeable to construe reporters like Taylor benefits greatly from their proximity to the events.

The world of sportscasters has its perks. They contribute a lot to their network's ratings and profits. Conducting pre and post-game analysis adds to the viewers' excitement and over the decades the field journalists have created fans of their own.

With her age-old experience in the reporting domain, Taylor has managed to build her reputation as one of the best-paid correspondents.

Cubs bring in hundreds of millions of dollars every year, and being its mere employee should define one's credentials let alone its correspondent. Having said that, McGregor's salary or net worth could be very much into the six figures.

Taylor McGregor Relationship Status; Does She Have A Boyfriend?

A trip to Taylor's online life and it won't be hard to understand that journo is happily choosing to stand on her own. Though she hasn't addressed her love life, she has explained why she is yet to be seen with a partner. 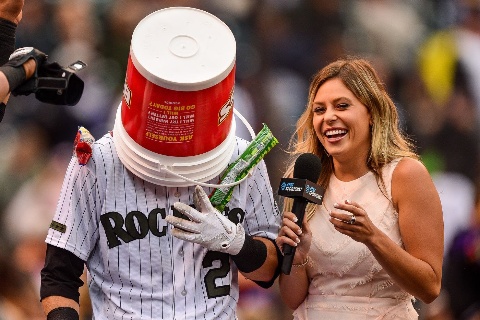 A while ago, the former NFL's daughter admitted that she has high standards when it comes to dating. In an interview with the Denver Post, the anchor said she loves being tall and doesn't want to date someone shorter than her. That has eliminated a lot of guys for the 5'10" blondie.

She also expressed her thought of having an ideal guy standing 6 foot 8 with high Christian values. Taylor thinks the man is non-existent and that she is going to be "single forever!"