Taylor Bisciotti is a professional reporter and an anchor who is currently working on NFL Network. For NFL Network, she reports sports news on different platforms including  NFL.com, and NFL Media. She also does a podcast with the tagline "Let's Catch Up : An NFL Podcast with Taylor Bisciotti and Sam Betesh".

Previously she worked as a sideline reporter for ESPN and SEC Network. Having a passion for sports journalism, she has been one of the most lovable sports journalists with her charming personality, attractive physical appearance and of course her reporting talents. From a football fan to the intern with WUSA9 and to the NFL Media, she has come a long way.

Who is Taylor B? Her Bio and early career

Taylor Bisciotti was born on October 5, 1991, in Atlanta, United States, under the star sign Libra.

The former sideline reporter for ESPN has never spoken a word about her father and mother in the public. But she was raised in her birth town along with her brother Kyle Bisciotti. She was also very close with her uncle Steve Biscotti who is the majority owner of the Baltimore Ravens. According to Taylor, her uncle Steve was the one who supported her when she decided to do sports journalism. He would give her advice on the skills and mental aspects while doing so.

She went to the University of Georgia where she graduated with a double major in Broadcast Journalism and Business Marketing.

After her graduation, she started working as an intern in WUSA9 which was situated in Washington D.C.

Taylor's Contract and Salary; How much is her Net worth?

According to the sources, Taylor Bisciotti has an estimated net worth of more than $600,000 approximately. Her primary source of income is from her profession as a television personality. 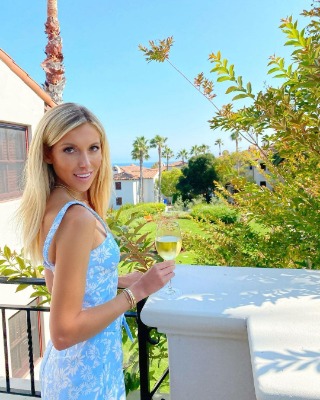 Sources claim that she earns around $85,000 from her profession at NFL Media. She also gets bonuses, incentives and allowances from her work.

The NFL Media's female reporter Taylor lives a lavish lifestyle on her own. She frequently shares her picture in nice places and with nice dresses in her Insta.

Read about:- Net worth and Salary of Orange Cassidy

Who is Taylor Bisciotti Dating? Know About Relationship Status and Boyfriend

With a gorgeous face and attractive personality, she is predicted to be dating different people. But on her Instagram, she has not shared a single picture with any men recently. So, as of 2022, she is living a single and happy life. 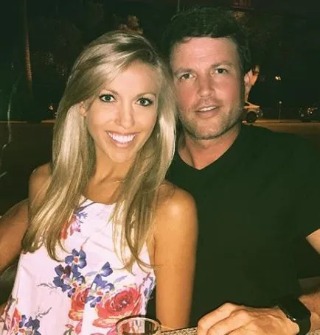 Previously, the Let's Catchup podcaster has been rumored to have a relationship with Brian McFayden. Back in 2016, they used to work together and used to share a lot of pictures with each other. The pair were seen together in several events holding each other hands.

But as of 2021, she is not dating anyone. But who knows, she might be keeping it secret and might reveal it in the future.

Read about:- Who is Jane Slater Dating? Know About Relationship Status and Boyfriend

Being a television personality, she is highly active on Instagram. She goes by the username @taylorbisciotti and has more than 71,000 followers.