Ranasinghe Arachchige Suranga Lakmal, aka Suranga Lakmal, is a former professional cricketer from Srilanka and has played in all game formats. He was also the former test Cricket captain of Sri Lanka. He firstly made on the Sri Lanka national cricket team on the tour of Pakistan in 2008-2009.

On 10 March 1987, Sri Lankan nationality, Lakmal was born in Tissamaharama, Sri Lanka, with the zodiac sign Pisces. He is a right-handed batsman and right-arm fast-medium bowler. His primary role is to bowl. Former Tamil Union fast bowler Lakmal stands tall at 6 feet 3 inches and weighs 72 kg. In his cricket, he has played in numerous competitions and cups.

Born in the Hambantota district, 35-years old bowler, Lakmal came from impoverished family background. His father was a farmer and a big fan of cricket. Lakmal's father went to Colombo from his native land to pursue his interest in cricket. Lakmal, in becoming a cricketer, his father has a massive influence on him.

The Sri Lanka international was born to his loving mother, S.H Chadralatha and his father, info it is still a mystery. Lakmal started his cricket career at his first school, i.e., Deberaewa Central College.

Follwing year, he then assured to join Bashnahira South in Sri Lanka and then Matara Sports Club.  He has led his team in various local tournaments. In February 2022, he signed a two-year deal with Derbyshire Country Cricket Club after announcing his retirement from international cricket. Presently, he is playing for Jaffna Kings. 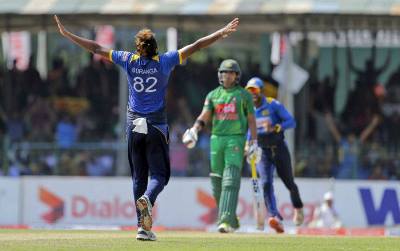 Talking about his international career, The former Sri Lankan fast bowler made his appearance for Sri Lanka from 2009 to 2022. Lakmal led his Sri Lan cricket team under his captaincy in numerous ODI games.

To date, Dialog SLC ODI Bowler of the year 2016-17, Lakmal has played all 260 professional games in his career. Likewise, he has a wicket taken record of 542 as of now. Despite retiring from international cricket, he is still playing in the Local cricket league in Sri Lanka.

Know about Suranga Lakmal's net worth and incomes sources

Jaffna Kings's fast bowler, Suranga Lakmal, is a respected and well-known cricketer in Sri Lanka. He lives a comfortable and healthy life with his family in Jaffna, Sri Lanka. As per our research, He has an estimated net worth of around $5 Million.

His primary source of income is from cricket only. The salary he receives from Jaffna Kings has not been proclaimed yet.

Sri Lankan star cricketer, Lakmal is in a permanent knot with his beautiful wife, Dilani Chalanika. She is 28 years old as of 2022. Her father is a business tycoon in Sri Lanka. The couple tied their knot on 1 March 2018, when the wedding took place in Sri Lanka. 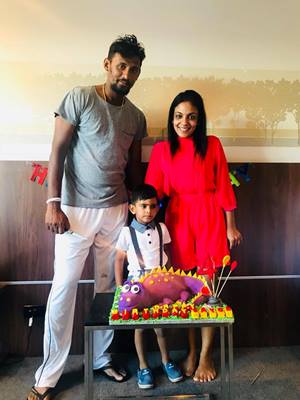