If you love watching cricket, Brad Haddin must not be a new name. Brad is a well-known former Australian professional cricket player. He played at the national level from 2001 until 2015 as a wicket-keeper batsman. Haddin was an Australian World cup winning squad member at the 2015 Cricket World Cup.

Brad Haddin was born Bradley James Haddin on October 23, 1977, in Cowra, New South Wales. He has not shared much about his early life and his parents. Haddin's family moved to Queanbeyan in 1989 when he was 12, where he started his cricketing career. Talking about his physical appearance, Haddin stands five feet and ten inches tall and weighs 75 kg. 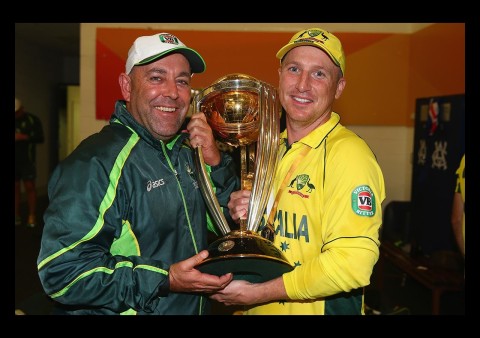 Brad shares a photo with the coach and ICC title SOURCE: Sports Tv

Haddin played in the IPL for Kolkota Knight Riders for three seasons. The player took home a salary of £146,510 in his first season with the club, and the salary increased to £160,109 the following year. The wages of a player currently playing for the Australian national team is more than $250,000. Aaron Finch is the highest-paid player, followed by David Warner with an annual salary of $350,000.

Haddin is a married man living a happy married life along with his wife and children. Brad exchanged his wedding vows with Karina Castle in 2007. They had a private wedding ceremony in front of parents and close friends. The duo had been dating each other for several years before their marriage. Nothing much about their first meeting experience is shared with the public. 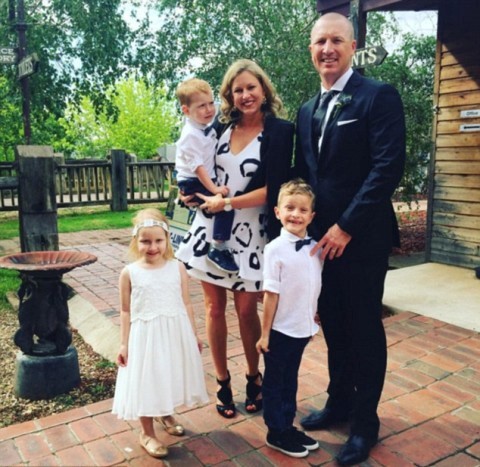 Brad shares a photo with his wife and children SOURCE: Daily Mail

Brad and Karina are the proud parents of three children,  daughter Mia, and sons Hugo and Zac. None of them show much presence on social media and have successfully kept their personal life away from the spotlight.

Brad started his youth career playing for the Queanbeyan District Cricket Club. He played with ACT Comets in the domestic league. In 1999, Haddin was named for the New South Wales in the first Divisions Cricket. The player made his national team ODI debut in 2001 against Zimbabwe. He became a regular player for the national team.

Brad earned his test team call in 2008 against West Indies and appeared in sixty-six test matches in his professional career. He scored 3,266 runs averaging 32.99 runs. The player played in 126 ODI games and scored two centuries and sixteen half-centuries. In 2010, Haddin was signed by Chennai Super Kings but the following season, He moved to Kolkota Knight Riders.

In 2015, After winning the World Cup along with Steve Smith, Michael Clarke, He announced his retirement. In 2018, The national team appointed him as their fielding coach and worked as an assistant coach for Sunrisers Hyderabad in 2019.