The Australian former international cricketer, Steve Waugh and the twin brother of cricketer Mark Waugh is a  right-handed batsman and was also a medium-pace bowler. Besides, he was a successful Test captain in history with 41 victories.

Steve is the fans' favorite cricketer who also served as a captain from 1997 to 2004; besides that, Steve assisted his team and represented Australia to fifteen of their record sixteen consecutive Test wins and successfully won the 1999 Cricket World Cup. Additionally, fans are amazed by his great captainship as he is regarded as the most successful Test captain in history, with 41 successes and a winning ratio of 72%.

How Rich is Steve Waugh?

The former Australian cricket player Steve Waugh is one of the most successful and richest cricketers with an estimated networth of $2 million- $ 5 million. Likewise, Steve's net worth also included his earnings as a professional cricket player for the Australian team. Moreover, fans often seem captivated by his house and lifestyle. Hence, the sources revealed that The Waugh family resides in a luxury beachfront house in Cronulla, estimated to cost around $ 3 million.

Rather than this, Steve and his beloved wife also run a foundation that provides help for children and young adults who are victims of rare diseases. Similalry, Steve often shares pictures of him helping physically and mentally disabled people. Furthermore, Steve often seems to visit different places and help people in every possible way, financially and emotionally. 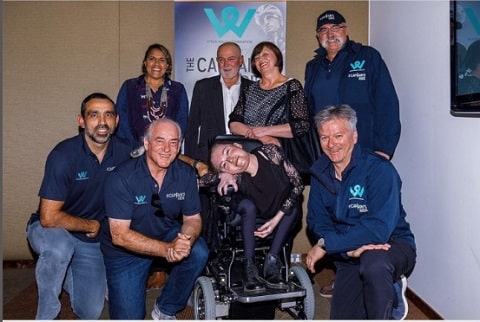 We must say he has a big heart, which is why more than 125k people follow him on Instagram, where he is registered under the username @stevewaugh. More than his personal life and updates, he prefers to share about those needy people, and it seems like Waugh loves spending time with them more than anything.

The former middle-order batsman, Waugh began his career in sports in his young career. By age six, Steve and his twin brother started playing organized soccer, tennis and cricket. He and his twin brother were selected for the Bankstown District under-10s at the age of eight. Later in 1980, the pair was chosen for the state under-16 team for the national carnival.

More on this, he made his first-class debut for New South Wales (NSW) in 1984–85; in the Sheffield Shield final that season, he scored 71 and assisted NSW to victory. After ten first-class matches with the team, Steve made his Test debut against India in the 1985–86 season, in the Second Test at Melbourne. 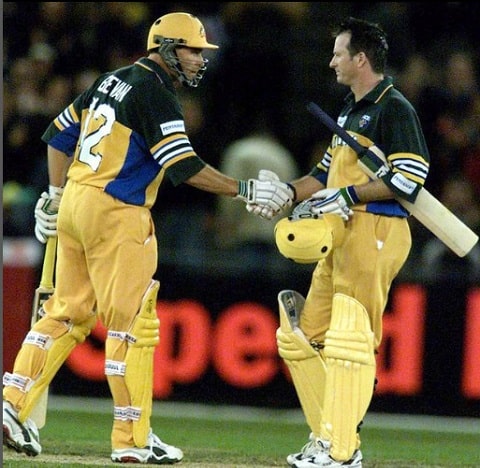 In addition to this, Waugh's tight bowling in the 1987 World Cup on the Indian subcontinent was the turning point of Waugh's career. His amazing performances earned him the nickname "Iceman." Well, there is a long history of Waugh's cricket career as his 168 Test matches was the record for Test matches played until 2010.

Besides that, he captained Australia on 57 occasions, and Australia's 41 victories under his leadership were the most of any Test captain until Ricky Ponting overtook him in December 2009.

Steve is also known by his nickname, Tugger, Ice Man. Further, he is happily married to his wife, Lynette Waugh. The couple shared wedding vows in 1990. The long-termed couple has set an amazing couple's goal for many people as they have been together for over three decades. Nothing much is given about their marital life, including the dates and venues. However, we can guess that the couple had tied a knot in grand hotels and in the presence of their relatives and friends.

Besides, Lynette is a philanthropist and faithful volunteer. Likewise, she is the major reason behind Steves's success and achievement. For your concern, the power couple also owns a foundation whose major objective is to help children and young adults suffering from rare diseases. 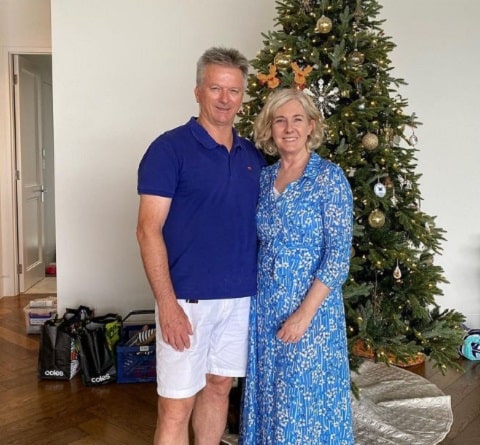 The cricket legend Steve and his wife are blessed with three children, one son Austin and two daughters named Lillian and Rosalie. Moreover, his eldest son, Austin, followed his father's treads and made himself known in cricket at the age of 21.

Meet Dewald Brevis, a South African cricketer and a batsman for Titans.

Waugh is one of the most famous and successful cricketers who led the captainship from 1997 to 2004. Born on 2 June 1965, he is 57 years as of this year, and his star sign is Gemini. Further, the player and his brother were born at Canterbury Hospital in Campsie, a suburb in South-Western Sydney, on 2 June 1965. He was born four minutes before his twin brother, Mark, who also plays cricket for Australia alongside him.

Similalry, Waugh came from a sports family and wanted to start his career as a rugby player. He was about to join Eastern Suburbs in the New South Wales Rugby League; however, his parents made him a cricketer, and he had to give up his rugby career due to family reasons.  For your information, the Waugh brothers played organized soccer, tennis and cricket at the age of six.

Additionally, the pair attended East Hills Boys Technology High School, famous for delivering Australian international representatives in several sports. Both of the Waughs brothers were very active in extra activities and sports, so their dedication and passion paid them well today.

His Parents And Family Background

As mentioned earlier, Steve comes from a sporting family as his paternal grandfather, Edward, was a greyhound trainer, whereas his father was a promising tennis player. Born and raised by his parents, Rodger and Beverley Waugh, Steve and his twin brother always had their parent's support to grow a career in the sports vocation. Apart from that, his father was a bank official, and his mother professionally served as a teacher within the New South Wales Department of Education.

Undoubtedly, the right-handed batsman comes from a well-established family. The family settled in the South-Western Sydney suburb of Panania. While talking about his grandfather he was selected for the New South Wales Country team in rugby league. Similalry, Steve's father was a notable tennis player and was also ranked eighth in Australia in his junior year. Apart from that, on his maternal side, Bev was a notable tennis player and a champion of the under-14 singles at the South Australian Championships. Likewise, Bev's eldest brother Dion Bourne was an opening batsman and a teammate of Bankstown in Sydney Grade Cricket. Hence, the Waugh family has a long list of sports and is the best in their fields.