Naveen-ul-Haq is an Afghan cricketer who bats right-handed and bowls right-arm medium-fast. He had his international debut for the Afghanistan cricket team in September 2016.

His salary was reported $15,000 cricketers playing in the Lanka Premier League (LPL) 2020. Further, his base salary was $10,000 in Guyana Amazon Warriors.

Further while playing for the Afghanistan Cricket Team, he is believed to make no less than the six-digit figure per annum.

Unlike other athletes, cricketers also have sponsorships and endorsements. However, Navneeb has not mentioned being signed with any brand.

As a matter of fact, Naveen is living a very confidential life. He rose to prominence due to his emerging cricket career. 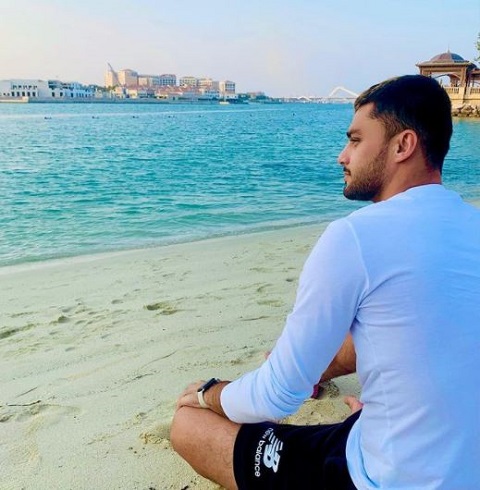 There is no information in the media about his love life, not even his relationship status. Since there is no confirmation the Afghan cricketer is believed to be single.

On 7th March 2018 in the 2018 Ahmad Shah Abdali 4-day Tournament, Naveen made his first-class debut for Kabul Region.

Later five months, he was named in Nangarhar's team in the first edition of the Afghanistan Premier League tournament.

In November 2019, Naveen was named or the Sylhet Thunder in the 2019–20 Bangladesh Premier League.

In July 2020, Naveen was selected to play in the 2020 Caribbean Premier League by Guyana Amazon Warriors. In October 2020, the Kandy Tuskers drafted Naveen for the inaugural edition of the Lanka Premier League.

In December 2017, Naveen was named as the captain of Afghanistan's team for the 2018 Under-19 Cricket World Cup.