Dewald Brevis is a popular South African cricketer who is also recognized for his nickname, 'Baby AB' which was set after his playing likeness to AB de Villiers. He currently plays as a batsman for the northernmost top-level cricket franchise in South Africa, Titans; however, the sportsman also plays for Mombian Indians.

The South African cricketer Brevis is also known as 'Baby AB,' worldwide recognized for his similar playing skill to AB de Villiers. Besides, in February 2022, he was bought by the Mumbai Indians in the 2022 Indian Premier League auction. During the same year, the cricketer contracted with the Kandy Falcons for the third edition of the Lanka Premier League.

Dewald is a famous and well-known cricket player who started his early career as a cricketer by playing for his high school team. Similalry, Brevis later played for U13 making his place in the U19 squad. One after another, the Player started playing for numerous teams and clubs.

Further, The Baby AB made his debut T20 and debuted for South Africa U19 against Eastern in the 2020/21 CSA Provincial T20 Cup. Well, the match became one of his major turning points as he scored two four and four sixes along with 46 off and 25 balls. Moreover, he also played his first U19 ODI Opposite West Indies. 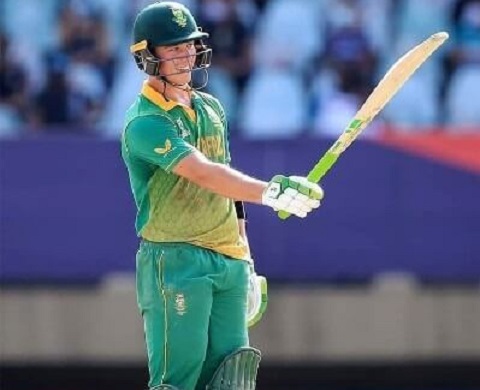 Making another achievement, Brevis later got selected for the 2020/2021 under- 19 World Cup, where he played against WBC and scored 65 Off 99 balls against India. Similarly, Dewald played against Uganda in the second match and scored 104 balls in just 110 balls with 11 fours and a six.

In addition, he also won the Man of the Series award for his prominence in the World Cup. In the 2022 ICC Under-19 Cricket World Cup in the West Indies, he scored two centuries and three fifties and was named the Player of the Tournament.

Do read this: Hiral Patel

The Titan's one of the best cricketers, Dewald, was born on 29 April 2003 in Johannesburg, South Africa. Besides, he holds a South African nationality with a citizenship card. He comes from a very well-mannered family, and all his family members are close to him. Likewise, he is a product of Afrikaanse Hoer Seunskool, where he studied and learned the basic cricketer.

Dewald has had a keen interest in sports since an early age, and that dedication brought him this far as today he is known worldwide. Likewise, he is 19 years old as of this year, and his star sign is Taurus concerning his birth details. 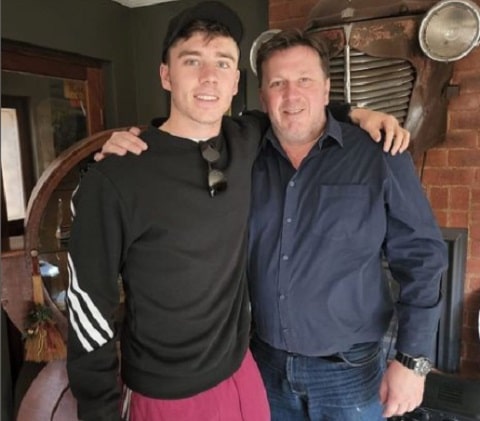 Besides that, Brevis was born and raised by his parents, Yolanda Brevis and Jack Brevis. Besides that, he also has a brother named Reinard Brevis, with whom he grew up and learned cricket. Both of his parents are supportive of both of their kids. However, there is nothing much available about his parents at the moment, but we know that Dewald's mother is self-employed. Nonetheless, the facts about his father remain unclear.

Dewald and his brother Jack are very close to each other, and the cricketer also revealed that he played cricket with his brother on a pitch constructed by his father during their early career. As mentioned earlier, both of his parents have supported him a lot as Yolanda; his mother used to throw a ball in the absence of jack. 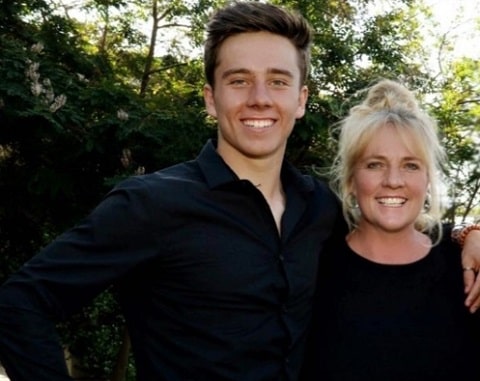 He started -playing in his backyard, then the playground, and he began playing in the parks and finally in the international stadium. The young sportsman has proved that everything is possible if you do it. And his simplicity has amazed thousands of people around the world.

Have A Look At His Net Worth And Income Sources

Dewald Brevis is one of the successful cricket players whose net worth is estimated to be in the millions. Likewise, recent sources claimed he has a net income of Brevis is $ 1 million- $2 million. However, the exact details of his total sum are still to be updated. As we all know, he has started his career in the field in his early career; hence, he has gathered much fame and money for his profession since then.

Undoubtedly, his income will increase more in the upcoming days as the Player has contracted with many clubs today and will be playing with other teams. According to Sportyreport.com, the average salary of a South African cricketer ranges from $ 75000-$ 2 50,000. So, we can say that the fans' favorite, Dewald, also receives salaries based on the same ranges or even more. 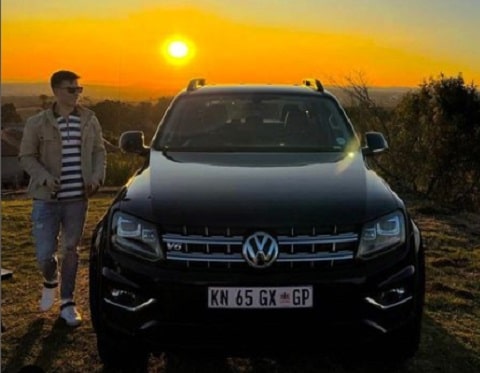 Addtionally, Brevis must be living a happy life with his earnings, and he must be well settled. Likewise, fans seem concerned about his car and house, as he owns a Volkswagen Touareg car. However, we will try our best to explore more about his lifestyle.

Dewald Brevisis reported being in a relationship with his girlfriend, Lindy Maree. Further, Lindy professionally serves as a model. There is not much available about the couple openly in the media. However, the couple often shares pics on online portals, but none of them has shared concerning their relationship and their further plans about getting married. 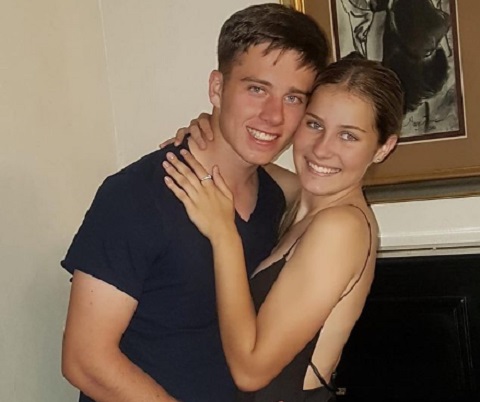 The lovebird is a beautiful couple, and they look cute together. Similalry, Dewald has shared numerous pictures of them on his social media handle and from where we can analyze, the pair has been together from 2019 and now. Moreover, he is active on the platform, where we can follow him @dewald_brevis_17 with 476k followers.

Most cricket fans are captivated by Dewald's physical appearance, i.e., height and weight. Therefore, we have come up with every fact about him. For your concern, the Player is 5 feet and 10 inches or 1,78m tall. Likewise, the details on his weights are still under review.

Dewald Brevisis has maintained a well-fitted body and is expected to be great in cricket. Stay tuned to learn more about the athletes and their professional and personal careers on PlayersWiki.