Steve Gleason is a former American football player who played as a safety with New Orleans Saints of the NFL. He retired from NFL after eight seasons.

Gleason revealed that he was battling ALS in 2011. He even featured his experiences living with the disease in 2016 documentary called Gleason. Continue to read for information regarding his career, disease, wife, children, net worth and more.

Steve Michael Gleason was born on March 19, 1977, in Spokane, Washington, United States. He is an American by his nationality and his ethnicity is white.  His parents are Mike Gleason and Gail Gleason.

Gleason went to Gonzaga Prep, where he received consecutive defensive MVP awards as a linebacker in the Greater Spokane League. He also played for G-Prep. Gleason also received a scholarship to play college football at Washington State in Pullman, at WSU he was also a member of Alpha Tau Omega.

Moving to his professional career, Gleason signed his contract with Indianapolis Colts as an undrafted free agent in the year 2000. He was also selected by the Birmingham Thunderbolts with the 191st pick of the 2001 XFL Draft. Gleason was also signed to the New Orleans Saints. 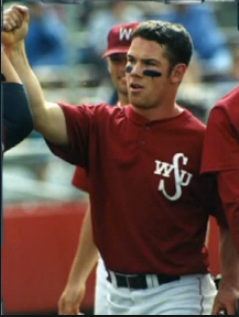 Gleason, who played with the New Orleans Saints from 2000 to 2008, is best remembered for his blocked punt against the Atlanta Falcons on the night the Superdome reopened after Hurricane Katrina. Gleason was awarded a Super Bowl ring by the Saints in September 2011.

In January 2011, Gleason was diagnosed with ALS. Since then, he has personified strength and hope, helping others to educate people about ALS and inspiring people with neuromuscular diseases. Gleason and his wife, Michel, launched Team Gleason to help fulfill these goals.

Gleason also worked in a documentary series A Football Life showcasing his career and battle in ALS. The documentary film Gleason was also shown in the 2016 Sundance Film Festival.

On September 2018, The New Orleans Advocate announced that Steve Gleason will be receiving annual Botnick Award from Anti-Defamation League.

Steve Gleason is married to his wife Michel Varisco Gleason in 2008. The pair has been together since then. Their married life is extremely well and there are no any issues and rumors of divorce between the lovely couples. His spouse is extremely beautiful and supportive.

The beautiful couple has also children and their son Rivers was born in the year 2011, in the month of October. They are currently expecting a baby girl in October 2018. Gleason is very loyal towards his wife and doesn’t have any extramarital affairs.

Steve Gleason Net Worth and Salary

Steve Gleason has appeared in several documentary series and movie. He earns a huge amount of salary and his total salary boosted his net worth. Gleason has the net worth estimated to be about $2 million.

In 2015, New Orleans Saints owner Tom Benson donated $5 million to Gleason for the treatment of ALS.

Steve Gleason has of height is 5 feet and 11 inches. His total weight is 96 kg. Gleason's age is 41 years old. There have been many misconceptions among people regarding his death. However, Gleason is alive and working for spreading awareness about ALS. He is followed on twitter by his fans. Moreover, info about his bio and career can be taken from wiki.