American Football has no shortage of great players. The NFL has seen many star players rise and many retire. Steve Deberg is considered one of the best play-action pass NFL quarterbacks of these players.

Deberg is considered to have been overshadowed by many other rising quarterbacks in his era. The shadow led the quarterback to have the short end of the stick where he couldn't show his potential to the fullest. But the retired NFL athlete still carried the games he played in and now works as a successful coach for NFL.

Please find out more about Steve DeBerg below with his biography and other facts.

Steve DeBerg was born on January 19. 1954 in Oakland. The US-born athlete was raised in California, where he attended his schooling. Most of Deberg's family life remains personal, without many details on his parents or siblings.

The quarterback graduated his high school from Savanna High School located in Anaheim, California. DeBerg started playing football at Fullerton College in 1972. In sophomore year, he led his team to a winning streak of 5 at a South Coast Conference title.

Although Fullerton did not win, his contribution was enough to get Junior College All-American honors.

Most NFL players are well-built and have a good height. Deberg was no different. The American honor player stands at 6 feet 3 inches (1.91m) with a respectable 95kg (210 lbs) weight.

The quarterback is an American citizen and a Christian. Deberg has a pair of brown eyes. The 68-year-old still exercises and frequently appears in NFL games as he is now a professional coach. Steven Deberg was a well-respected player among his peers. He was pragmatic and well-disciplined with a positive ambition. As a practical person, Deberg relied on himself to work his way to the NFL. He has jersey number 17.

An Insight on the Quarterback's Love Life

The quarterback enjoys privacy over anything. Life as a star can be exhausting, so Deberg likes keeping his life private. As far as the public knows, he was married back in 1974.

Steven married Marcia North on August 17, 1974. He also reportedly has two children. The couple unfortunately split in 1996 and have been living alone ever since.

NFL players earn a decent salary, let alone a star like Steve Deberg. While the exact networth of the now-retired NFL player is unknown, it is safe to assume that he is indeed a millionaire.

According to Forbes and Business Insider, the quarterback is worth 1.5-2 million dollars approx. This, however, cannot be confirmed as Steve mostly remains private.

Start of a career with the San Francisco 49ers

Deberg was signed to the San Franciso 49ers on September 14, 1977. For the three years he was signed to the club, the quarterback appeared starter for the entire season only in 1979. He was benched during the 1980 season midway through it.

Although the club improved significantly, it eventually hit its plateau and began struggling. The 1980 season proved to be good but fell off later. This became even worse after a lopsided loss to Dallas.

Deberg was traded to the Denver Broncos on August 31, 1981. The quarterback appeared in 33 games, with 11 as a starter. Nothing spectacular happened during his three seasons in Denver.

The athlete was then traded to Tampa Bay Buccaneers on April 24, 1984. His time in Tampa bay would be one of his best, as Deberg was the central starter for the team. Deberg appeared in 16 games during the 1984 season with five victories.

The quarterback finished the season with good rankings in passing yards; touchdown passes, yards, and pass completions. The following year would be best for Deberg as he would win his first season with the Bucs. DeBerg on the field SOURCE: bucpower.com

Other seasons did not come off as that great during his peak seasons. The quarterback only started two games in 1986. But Deberg still became the leading passer for his team in the 1987 season. The athlete had a quarterback rating of 85.8 that year (top 10).

The Bucs traded the quarterback to Kansas City Chiefs in 1988. It was in this club that Deberg was considered to have had a peak. Deberg's best year was in 1990, when he had a quarterback rating of 96.3 with 23 touchdowns.

The star player had his best season in 1990. Deberg finished seventh overall in league with a career-high 96.3 rating. Other notable records were his 23 touchdowns, ranked sixth, 233 passes without interruption, and being in the top 10 for passing yards per game.

Steve Deberg retired after the 1993 season at the age of 34.

Some Facts on the Now Retired Quarterback

Deberg shortly played with the Bucs again in 1992 but was dropped in 1993 after just three games. This was because the Bucs believed the athlete had reached his limit.

Retirement after 1993 did not stop the athlete from completely giving up football. The quarterback returned to the NFL for Atlanta Falcons in 1998. This made Deberg one of the oldest quarterbacks to play in an NFL game.

Although not the best of the best, DeBerg has proved himself to be a reliable player giving his best in all of the games he played. He is also considered to be one of the best play-action pass quarterbacks.

The NFL coach's football card is worth around 10-23 dollars.

DeBerg wasn't only good in football. He also was quite skilled in the art of pole vaulting.

The quarterback's plays were clean and offensive. Peyton Manning, another quarterback, studied his methods of the game, and he implemented them.

In Steve's entire career in football, he appeared in 206 games. He gained 34214 yards by passing with 204 interceptions with a pass completion percentage of 57. 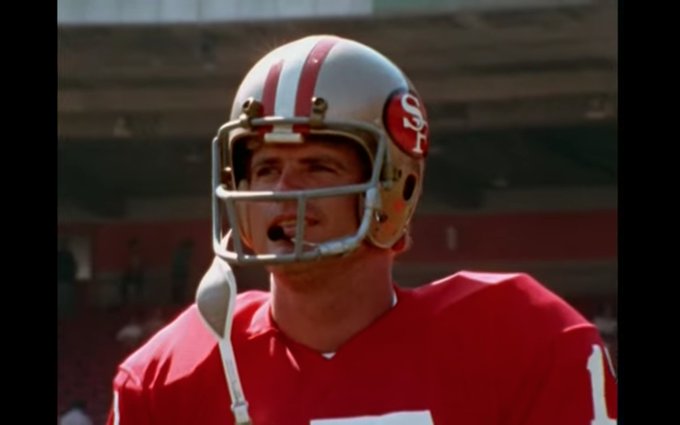 DeBerg captured with a microphone attached to his helmet  SOURCE: Twitter: @Kengfunk

The majority of the athlete's professional career was spent as a backup. However, when he played, the quarterback had a good hand in helping his team win. He is even known for playing through his injuries. One time, DeBerg wore a portable amplifier against a game with San Francisco while suffering from laryngitis.

DeBerg was a coach for the New York Giants. He coached the quarterbacks for a year in 1995.

He also was the head coach of the Arena Football League's Indiana Firebirds in 2004 for five games. His last appearance for the game was as an assistant coach for the Tampa Bay Storm.