Stacy Keibler is a well-known American Actress. The multi-talented actress is also a  dancer and model and a former cheerleader and retired professional wrestler. She worked with both WCW and WWE. Stacy appeared in several magazine cover photos, including Maxim and Stuff. Keibler has declined two invitations from Playboy to pose in the nude for its magazine.

Stacy Keibler was born Stacy Ann-Marie Keibler on October 14, 1979, in Rosedale, Maryland. She is the only child born to Gary Keibler and his wife, Patricia Keibler. Stacy holds American nationality and is of white descent. After graduating from The Catholic High School of Baltimore, she enrolled at Towson University and graduated with a mass communication degree. Keibler became a cheerleader for the Baltimore Ravens football team when she was eighteen years old.

Stacy Keibler's Earnings and Net Worth From WWE and Acting

Stacy Keibler is very much private about her earnings and her net worth. She has not shared a word about her economic career. As per sources, Stacy has an estimated net worth of more than $2 Million. She has accumulated most of her net worth through her successful career in acting, wrestling, and modeling. 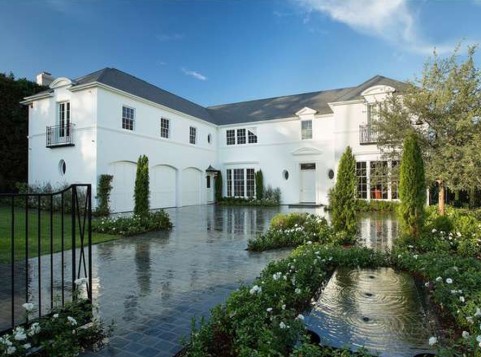 Stacy and her husband sold their Mansion for $8.75 Million SOURCE: Variety

Stacy is not only famous for her successful career but also her relationship history. Her relationship history starts as early as her career. The wrestler started dating Kris Cumberland in 1992. They love birds dated each other for seven years until 1999. In 2000, Keibler began dating Andrew Martin, a well-known Canadian wrestler, and an actor. Like that of her first relationship, this also ended in 2005. 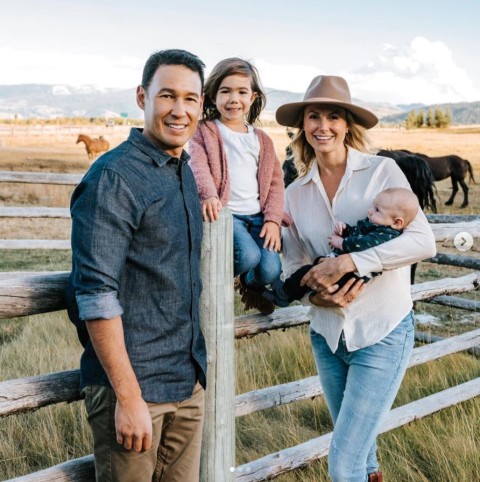 Stacy along with her family SOURCE: Sun Co Uk

After the heartbreak, Stacy moved to Los Angeles and then found love with Geoff Stuffs. The duo remained together until 2010 and moved on after separating. In 2011, Keibler opened about her relationship with George Clooney. Clooney and Keibler ended their relationship in July 2013. After going through many ups and downs, the wrestler met  Future Ads CEO Jared Pobre. They started dating each other and tied their wedding knot on March 8, 2014.

From this happy marriage, Stacy and Jared have two daughters, Ava Grace and Isabella Faith, and a son, Bodhi Brooks.

Career In Hollywood and WWE

Stacy started her career in both acting and WCW at the same time. She made her acting debut in 1998 but was not credited. Her first credited movie was in 2001, Bubble Boy with a Cameo role. Keibler also appeared in several Video game characters until 2007. The wrestler also appeared in Dancing with the Stars season two. In 2001, she made her WWF debut in an episode of SmackDown.

In 2002, Stacy made her RAW debut. Before that, she worked as the assistant of Vince McMahon. The wrestler had many ups and downs in her wrestling career before ending it in 2006. However, She had made several guest appearances in the show.

Although Keibler stooped her wrestling career, she continued to work in the films. Stacy has more than two dozens of credits for working as an actress. In 2013, Keibler hosted a Lifetime show called Supermarket Superstar.