Trevor Rogers is a talented and uprising American professional baseball pitcher. He is currently playing in the Major League Baseball (MLB) for the Miami Marlins after being picked 13th overall in the first round of the 2017 MLB Draft.

Hailing from the suburbs of Carlsbad, New Mexico, Trevor Rogers was born in 1997. He celebrates his birthday on the 13th of November every year, making him 23 years old. Likewise, his birth name is Trevor J'Daniel Rogers.

His father's name is Mike Rogers, and his mother's name is Colleen Rogers. Apart from his parents, he also has four older sisters; Teagan, Tiffeny, Tarra, and Torie Rogers. All of his family members have maintained a very close bond, and they are very supportive of Trevor's career.

Trevor Rogers was into baseball ever since he was a child. He began learning and training, and when he got into Carlsbad High School, he began playing seriously. The first few seasons went well, but it wasn't until his junior year that he began showing his talents. 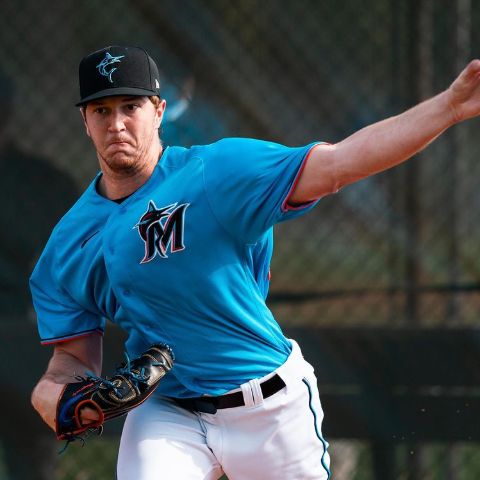 In his junior year, the baseball pitcher recorded 9-2 (Win-Loss) with 122 strikeouts, and 0.70 Earned Run Average (ERA). His performance helped the team to be victorious in the finals of the 6A state championship. After a good high school season, he decided to play college baseball for Texas Tech University.

But, by the time his college baseball season started, he was already considered a top prospect for the 2017 MLB Draft. When the draft took place, he was picked 13th overall by the Miami Marlins. Later on, he signed a deal worth $3.4 million with the Miami Marlins.

In 2019, he played for another team named Jupiter Hammerheads. His performance for the team led him to be named a Florida State League All-Star. In August 2019, he was promoted to the Jacksonville Jumbo Shrimp. More than a year later, on August 25, 2020, Trevor was finally selected to play for the Miami Marlins.

He made his Major League Baseball debut playing against New York Jets, pitching 4 scoreless innings and conceding one hit only. In 2020, he started in 7 games for the Marlins and recorded 1-2 with 39 strikeouts with a 6.11 ERA.

In 2021, he was given the opportunity to be a member of the Marlins' starting rotation. Currently, Trevor is showcasing his talents and contributing to the team's victories.

The rising baseball pitcher has a decent lifestyle thanks to his baseball career. When he was picked 13th overall by the Miami Marlins, he had signed a deal worth $3.4 million. Likewise, he currently earns $570,500 per year.

Moreover, if the team wins any championship, there might be a rise in the yearly earnings. Noting that, it can be said that Trevor Rogers has an estimated net worth of $2 million.

Relationship Status: Who is Trevor's Girlfriend?

The Miami Marlins pitcher is currently in a blissful relationship with his long-time girlfriend, Tessa Graham. His girlfriend is currently studying at UNM College of Pharmacy in Albuquerque, New Mexico. The boyfriend-girlfriend duo began dating each other for more than five years now. 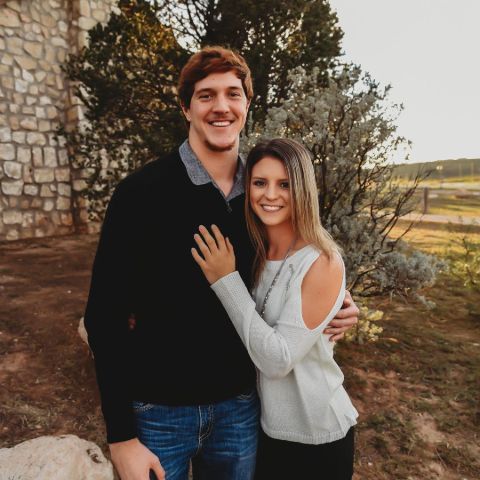 They began dating on December 5, 2015, and have a very strong bond and support each other in every aspect of life. Their amazing togetherness can also be witnessed through Trevor's Instagram handle.

Furthermore, the duo is usually seen wishing each other on Valentine's Day, birthdays, dating anniversaries, and other special occasions. On December 5, 2020, Trevor and his girlfriend, Tessa, celebrated their fifth dating anniversary.