A native of Morocco, Soufiane Rahimi is a professional football player who plays for Al Ain and the Morocco national team. He wears jersey number 21 in his current squad and plays forward. Sometimes, he also plays as a Right Winger.

He is also a national footballer who is listed in the national team of Morocco in the FIFA World Cup 2022. Just like Faycal Fajr and Sofyan Amrabat, Rahimi has also received some honors, such as Botola Top Assist Provider (2020-21) and Best Fans player of the year (2022).

Beginning with his early career, Rahimi played for the youth team of Etoile de Casablanca. He played with them from 2017 to 2018. And his senior career began when Rahimi joined Raja Casablanca in 2018. While representing them, Rahimi played in 83 matches and scored 32 goals until 2021. 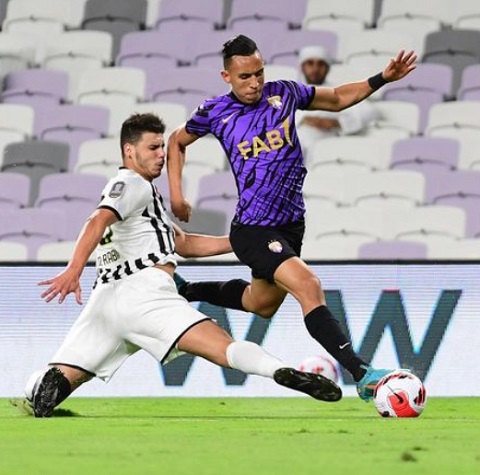 Soufiane Rahimi in one of his professional games  SOURCE: Instagram @soufiane_rahimi

On August 24, 2021, Rahimi signed a professional deal with Emirati club Al Ain and scored his debut goal on September 17 while playing against Al-Ittihad Kalba. Regarding his national team career, Rahimi represented Morocco in the 2020 African Nations Championship.

Furthermore, Rahimi played for the Morocco A team in 10 games and scored six goals.

Currently, Rahimi is playing for Al Ain, and when he joined the team, he received a massive deal worth €2.57 million. From this, it can be said that Rahimi is receiving a fair salary from them. However, the squad has not given much info about his wage.

Transfermrkt reports that Rahimi's market value is €4.50 million, and looking at his graph, we can say that it will rise in the future. As we know, Rahimi is also a national player who plays for the national team. In Morocco, a football player has an average salary of $ 95,276 a year and $ 46 an hour. 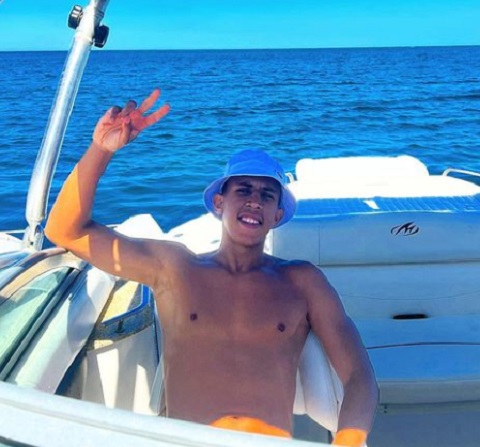 Soufiane Rahimi on one of his vacations  SOURCE: Instagram @soufiane_rahimi

So, it can be said that Rahimi may earn in the same range from being associated with the national team. Also, Rahimi makes a decent amount of money from working with some sports brands.

Love Life: Is Rahimi Dating Someone?

Rahimi appears to be leading a single life, as there is no record of him having an affair with a lady. Rahimi is an active Instagram user who shares updates regarding his professional life. But till now, Rahimi has not made a single post about his personal life.

From this, it also becomes clear that the professional footballer is private, which makes it more challenging to know about his love affair. 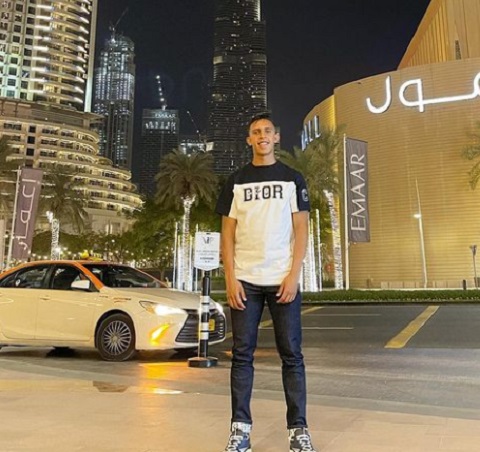 However, we can follow Rahimi on Instagram as @soufiane_rahimi, and from that platform, he may give some hints in the coming years.

Regarding his height measurement, Rahimi peaks at an average height of 5 feet 11 inches which is 1.81 m.